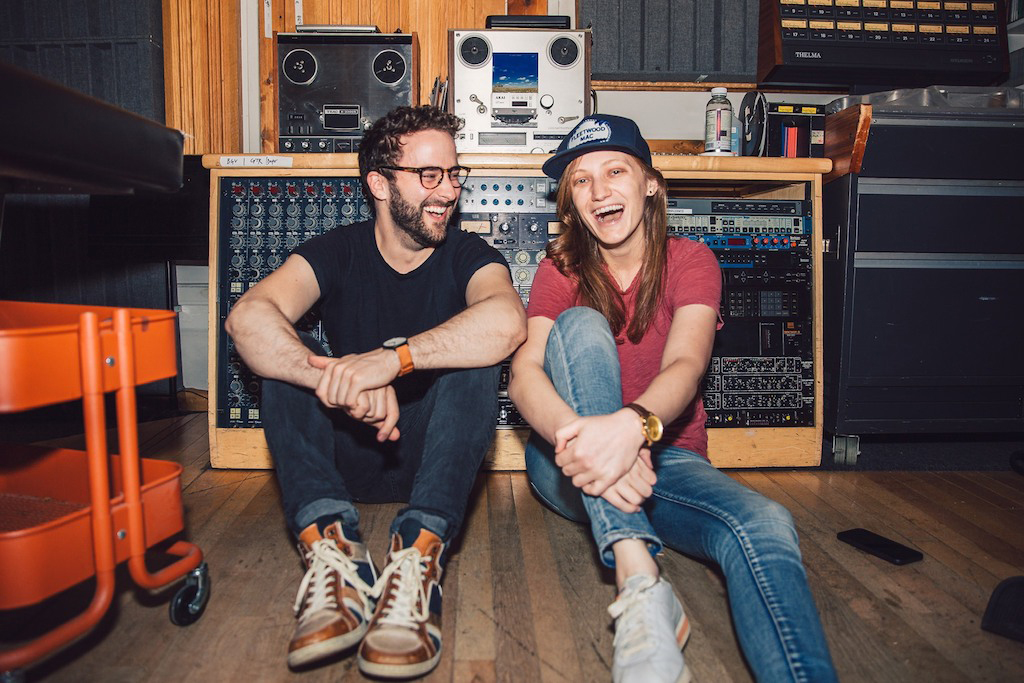 Brooklyn-based singer-songwriter Laura Valk expresses her creative facets under the musical moniker of  Skout. The project is an introspective, thoughtful exploration of Valk’s mind under the sonic dress of indie, folk, and pop, all finely-tuned and delicately interwoven. Along with the longtime collaboration of Connor Gladney, Skout hops and tumbles with a commitment to recognizing the ups and downs of modern living; the movement, the pauses, the sheer delights, and the crushing losses – often self-inflicted. While the rhetoric sounds fairly lofty, Skout’s new EP, Patterns (out today!),  is a testament to Valk’s ability to create music that flows with positivity and charm, regardless of the messages embedded within.

While lead single “Move” takes center stage, Patterns is a complete, five-track guide to the strength of Skout and both musicians involved. Now, in tandem with the EP’s release, Laura joins us to break down the patterns of Patterns and offer some insight into her heartfelt, moving tunes with the honesty and attention to detail that has become synonymous with Skout.

“This track is about self-doubt, anxiety, and intense rumination. I wrote a lot of the EP in this mindset, so it kind of colors the tracks that come after it. ‘Move’ is a devastatingly honest exploration into some of my biggest fears about not being ‘enough’ and feeling stagnant.”

“Falling in love can be such an amazing rush, but it can also be scary as hell. This track explores that fear head-on. Here you are, giving your heart to someone new, hoping they won’t hurt you like you’ve been hurt before.”

“‘Ghost’ is a song about feeling lost. About picking up the pieces and figuring out where to go after being heartbroken. I kind of imagine standing at a four-way stop in the middle of nowhere when this song plays. There’s no clear direction, you don’t know exactly who you are anymore, and you’re just stuck with feelings of confusion and loss. The bridge in this song is probably my favorite piece of the entire EP.”

“I write a lot about getting older and the fear that accompanies that change. And I think when the present gets particularly challenging, an overwhelming sense of nostalgia and longing for the past really starts to consume me. My grandparents named their house ‘Hi Banks East,’ and this track idolizes and mourns not only that house, but also the space in time that it occupied.”

“‘Dumb Little Life’ is kind of the antithesis to ‘Move.’ It acknowledges the same exact anxieties and fears that I grapple with in ‘Move,’ but approaches them from a new perspective, one that champions all the opportunities we have in life and looks at time not as a burden, but as a gift. And I think that’s the crux of the EP: that all of this anxiety and self-doubt exists, and probably always will. The goal is not to get rid of it, but to learn how to exist and maybe even thrive in spite of it.”