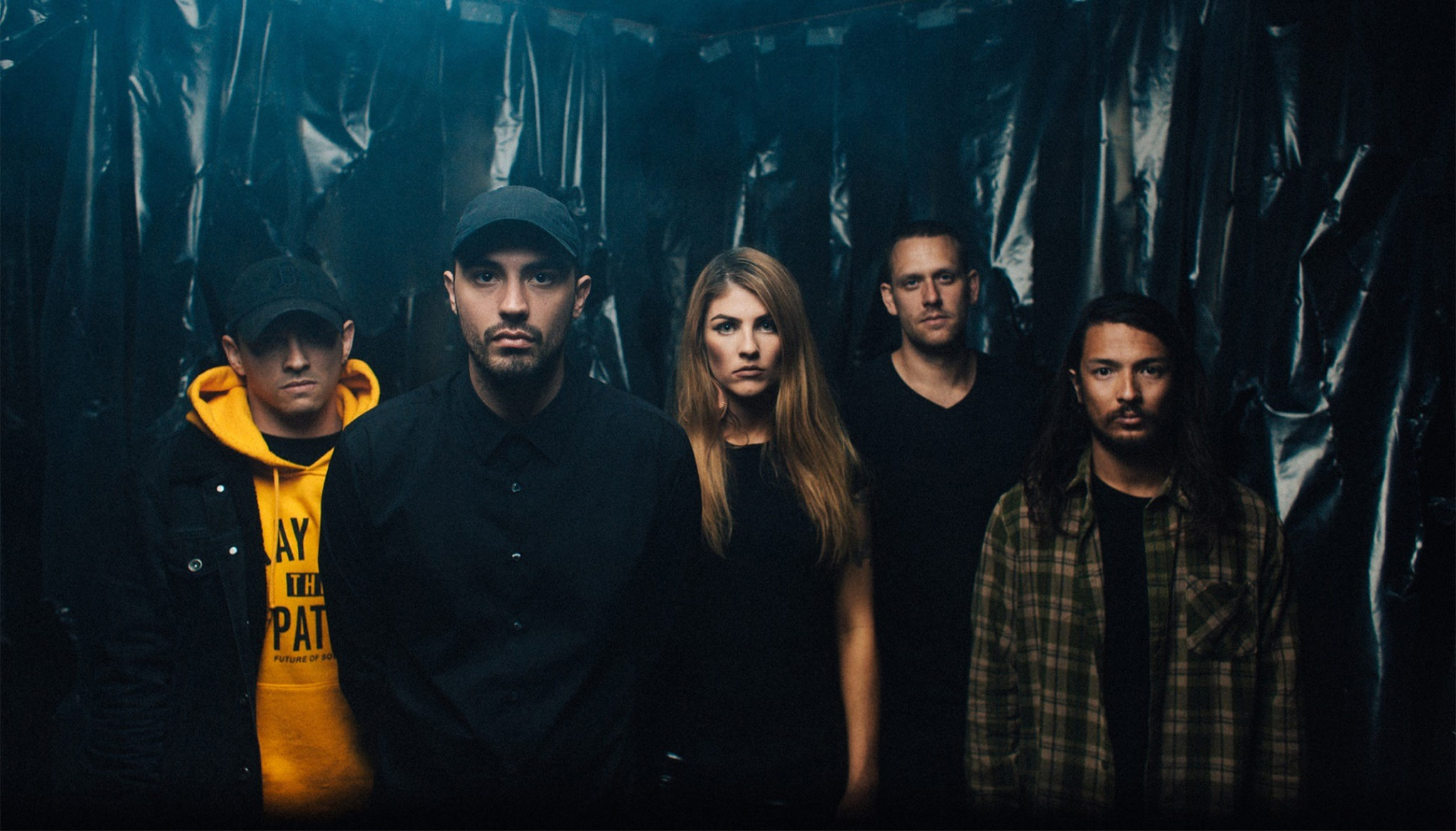 Make Them Suffer’s Sean Harmanis Talks Musical Progression, Aussie Metal, and ‘How To Survive A Funeral’

It seems like every month the Aussie metal scene spits up another band or another stunning release to further cement Australia as a modern metal powerhouse. One of those such groups, Perth metallers Make Them Suffer, recently put out their latest absolute banger, How to Survive a Funeral. A further departure from their deathcore roots, V13 spoke to Sean Harmanis about the album and where he sees their sound progressing in the future. How To Survive A Funeral is out now through Rise Records and Greyscale Records and you can pick up your copy here.

Thanks for your time, how is life treating Make Them Suffer at the moment?

Sean: “Awesome thanks. We’re overwhelmed with the response for our new album and couldn’t be more excited for the future.”

The Aussie scene, in particular, is producing some great heavy music. What about the Perth scene, what’s that like in terms of heavy music?

I believe you all live in different parts of Australia now, how does that work in terms of writing an album?

“Well we’re always chipping away at ideas and sections, but overall it doesn’t really affect us too much as we prefer to do the majority of our songwriting in the studio.”

While the album is still crushingly heavy, it moves more away from your deathcore roots, has that been the intention or has the sound just evolved naturally?

“This has been quite a natural progression for us. Despite it being not necessarily confined to the realm of deathcore, we still feel like it’s a very heavy album and we’re happy with the balance we’ve reached.”

The record was produced with the help of Drew Fulk. Given some of the bands he worked with, what do you think he brought to the sound of the new record?

“I think he brought to life a lot of the ideas we wouldn’t have usually explored. He also helped us to mold more memorable moments on the record.”

Although How To Survive A Funeral is just out, where do you see the sound going from here… bigger, more epic but still heavier or down a more melodic route like say Bring Me The Horizon have done?

“I think the next step for us is refinement. We’re quite happy with the balance we’ve struck on How to Survive a Funeral and want to continue honing that sound.”

Booka’s contribution to the album is noticeable on this record, do you see her role in the band becoming more prominent in the sound both vocally and musically?

“Certainly, Booka is becoming and more an integral part of our sound, although we never want to lose our edge in terms of heaviness.”

At the same time you’ve not lost your heaviness as shown on a song like “Fake Your Own Death.” Can we talk about the inspiration behind that song? Lyrically the album as a whole is very emotional but that song, in particular, seems like a real way of letting off steam?

“Angry is a feeling we rarely explore and so we found the song to be a fantastic way to let off steam. Although there was a scapegoat for this song, the term ‘spineless fucking worm’ was one Nick thought of late at night in the van. We all agreed that it’s about as scathing an insult as they come, so we decided to use it in the song.”

How difficult is it for you to plan ahead given the uncertainty and are there any lockdown plans in the pipeline in the meantime?

“It’s been extremely difficult, but we’ve adopted the mantra to not stress about things that are out of your control. So for now we’re just rolling with the punches and taking things one step at a time.”