Sun & Sky Records announces the addition of pop-R&B artist Sean Iacono to their roster with his new single release, “Time Flew By,” on September 4th. The single was the first song written for Iacono’s upcoming EP and carries the weight as the focus track for the rest of the project. In “Time Flew By,” Iacono captures the realization of the need to move forward after the end of a relationship “This song holds a coming-of-age theme,” Sun & Sky Records said. “The song is uplifting in spite of the acknowledgment that things just weren’t meant to be.”

Sean Iacono made his debut in the music scene with his first single “By Your Side” in 2019 and followed it up with another single “Holding On” in June 2020. The Pop/R&B artist grew up in South Florida playing competitive baseball with hopes of playing professionally, however, when he suffered a severe injury to his shoulder, he turned to music as a way to cope during his recovery. After teaching himself how to play the guitar, he began to develop his own style of widescreen pop-infused R&B. His fascination for music is inspired by artists such as The Weeknd, Justin Bieber, Bryson Tiller, Justin Timberlake, and Chris Brown. 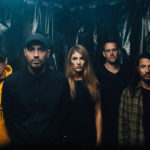 Make Them Suffer’s Sean Harmanis Talks Musical Progression, Aussie Metal, and ‘How To Survive A Funeral’ 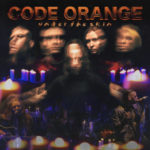