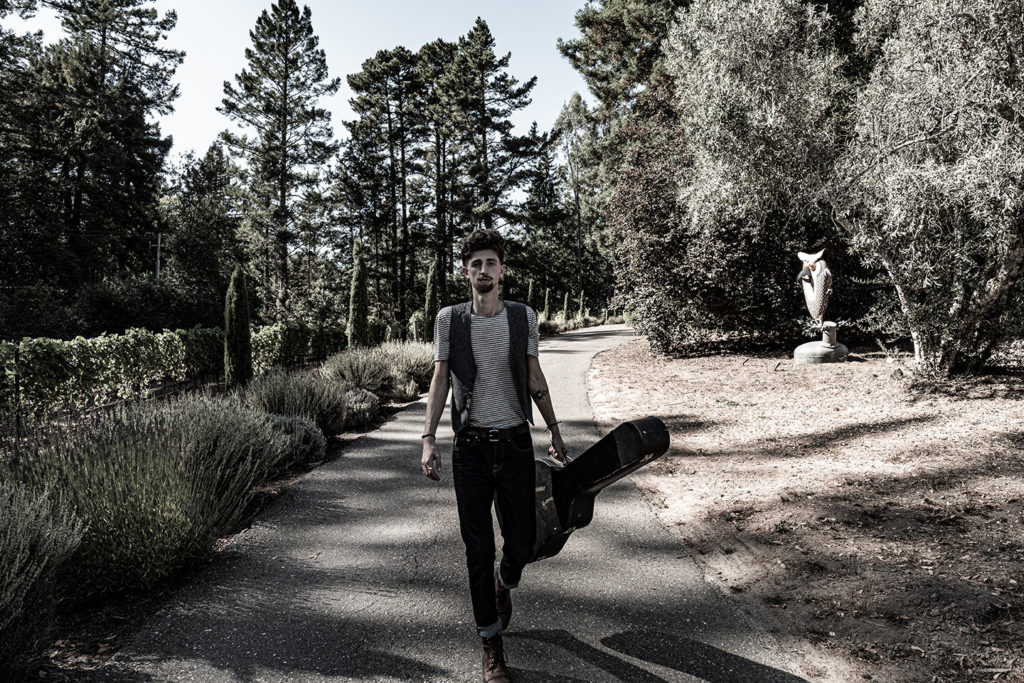 Mmmm… mmmm… mmmm… There’s nothing quite like some of that “Burgundy Wine…” Hailing ever so appropriately from Bay Area wine country is singer-songwriter Stav Mcallister who’s unleashing his brand new music video from his upcoming debut EP, Borders. The song is a nice introduction to Mcallister’s talents as a songwriter and what’s to come when Borders is officially released on October 23rd via LC Records.

At only 22-years-old, he has already demonstrated an ability to translate complex emotions into thought-provoking storytelling that extends far beyond his years. In his young career, Mcallister has already been compared to Jackson Browne and Lyle Lovett, the latter of whom he oddly somewhat resembles in appearance… There’s a certain vulnerability to Mcallister that’s emphasized in his songwriting, a man not afraid to bare all when it comes to practicing his art.

While it may seem that the song is about having a drink, “Burgundy Wine” is actually a song about love, support, and faith. Comments Mcallister, “‘Burgundy Wine’ was inspired by a friend who was going through a tough time with addiction and how it had an effect on the relationships around him. The song is about the importance of being there for someone in a time of need, and not giving up on them, and the person in need not giving up on themselves. It was a different experience writing from a perspective of someone else. I hadn’t done it before.”

Growing up in Northern California, the wheels that led to the creation of Borders have actually been in motion for some time now. Mcallister has been performing in front of audiences for over a decade now, going back to the sixth grade. He was inspired to pursue music at a young age by his mother who got him interested in singers and songwriters like Norah Jones, Paolo Nutini, and most importantly Freddie Mercury and Queen.

There is a dramatic side to Mcallister’s music that largely comes from the influence of Queen. While his songs lean a lot on storytelling, it’s not as intentional as it may seem. A lot of his song ideas come from simply observing the world at large and hearing about various people’s journeys in life. It’s all a very authentic affair when it comes to Stav Mcallister and most importantly of all, it’s all so natural and involuntary.