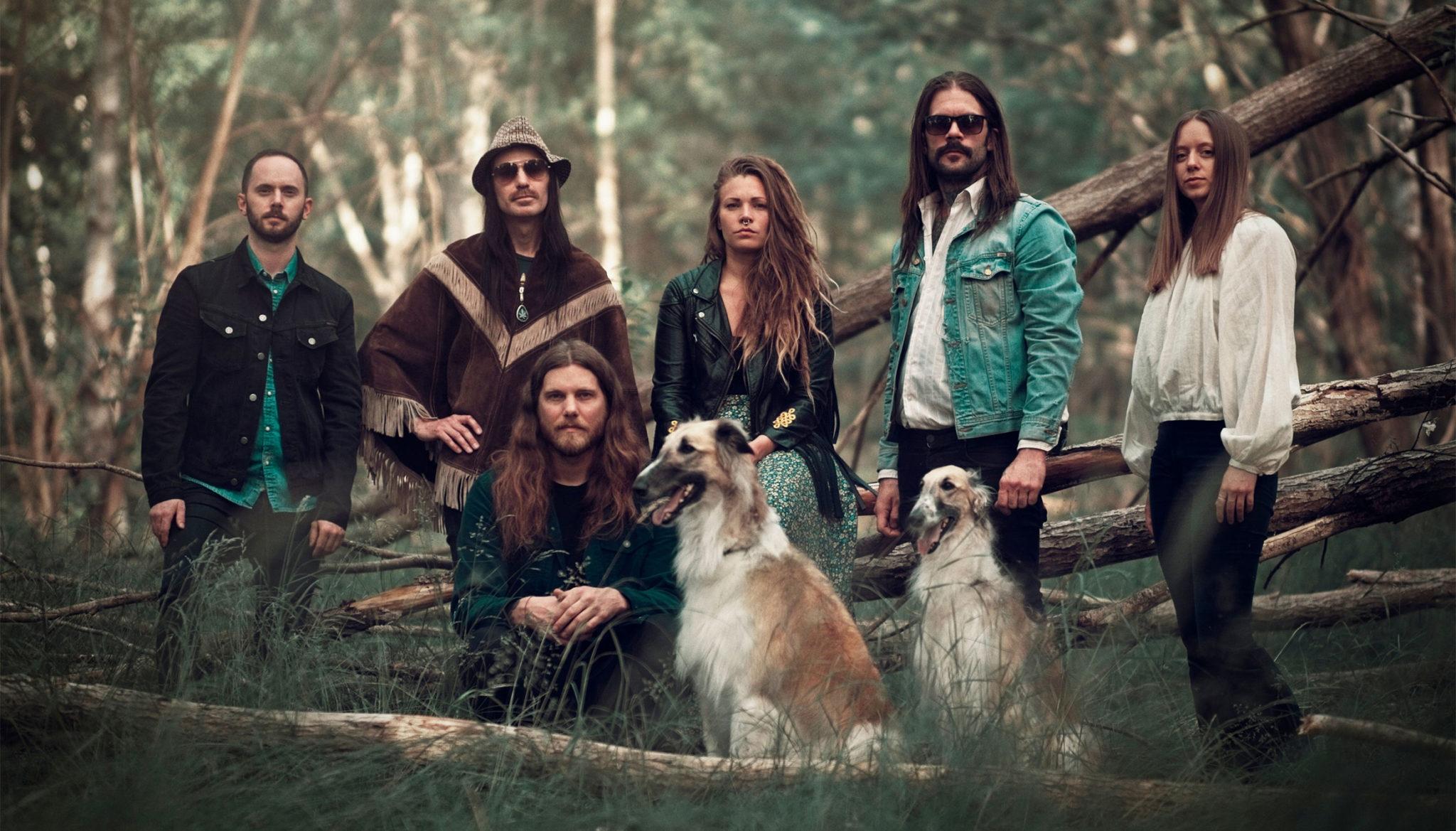 Taken from their upcoming album, Tales to be Told, due out on November 6th, Lykantropi‘s new video for “Kom ta mig ut” takes the listener back to the rock and folk music of the early 70’s.

Sweet harmonies reminiscent of The Mamas & The Papas are layered with electric guitars and flutes into a witch’s brew. A witch brew that also can be compared to other mighty bands such as Fleetwood Mac, Coven and Blue Öyster Cult.

On the song, Tomas Erikssonon simply states: “The song “Kom ta mig ut” is so damn good and sweet. I love that it has several different parts that blend together.”

Tales to be Told are timeless tales told from the band’s own time capsule, far from modernity and topicality. A respite from human realism and the frustration over the prevailing social climate.

Martin Östlund says about this: “My contributions on this record are not only about realism linked to the pandemic but also about people’s views on things compared to how it has been before. Greed and riding free rides on others, the violence that we are becoming more and more aware of. I am dissatisfied with that and that makes it more important to me with an oasis and a place protected from reality where I get space for things that feel important to say. I may have listened too much to the informational radio, where there is a lot to be upset about but at the same time a lot that is beautiful.”

Lykantropi is a band characterized by the occultism of the 60s and 70s. Their rock music is spiritual and dynamic. Occultism clearly shines through on the title track ‘Tales to be Told’, which is inspired by the romantic vampire film ‘Only Lovers Left Alive’.

Martin Östlund goes on to say: “Ever since I was little, I have watched horror movies. I recorded them on VHS when they were on TV and watched them almost too many times afterward. One summer, black and white classics were broadcast with Boris Karloff and Bela Lugosi. I still like horror movies very much, Francis Ford Coppola‘s Dracula from the 90’s is still a favourite.”

Out on November 6, through Despotz Records, you can pre-order your copy of Tales to be Told from here.