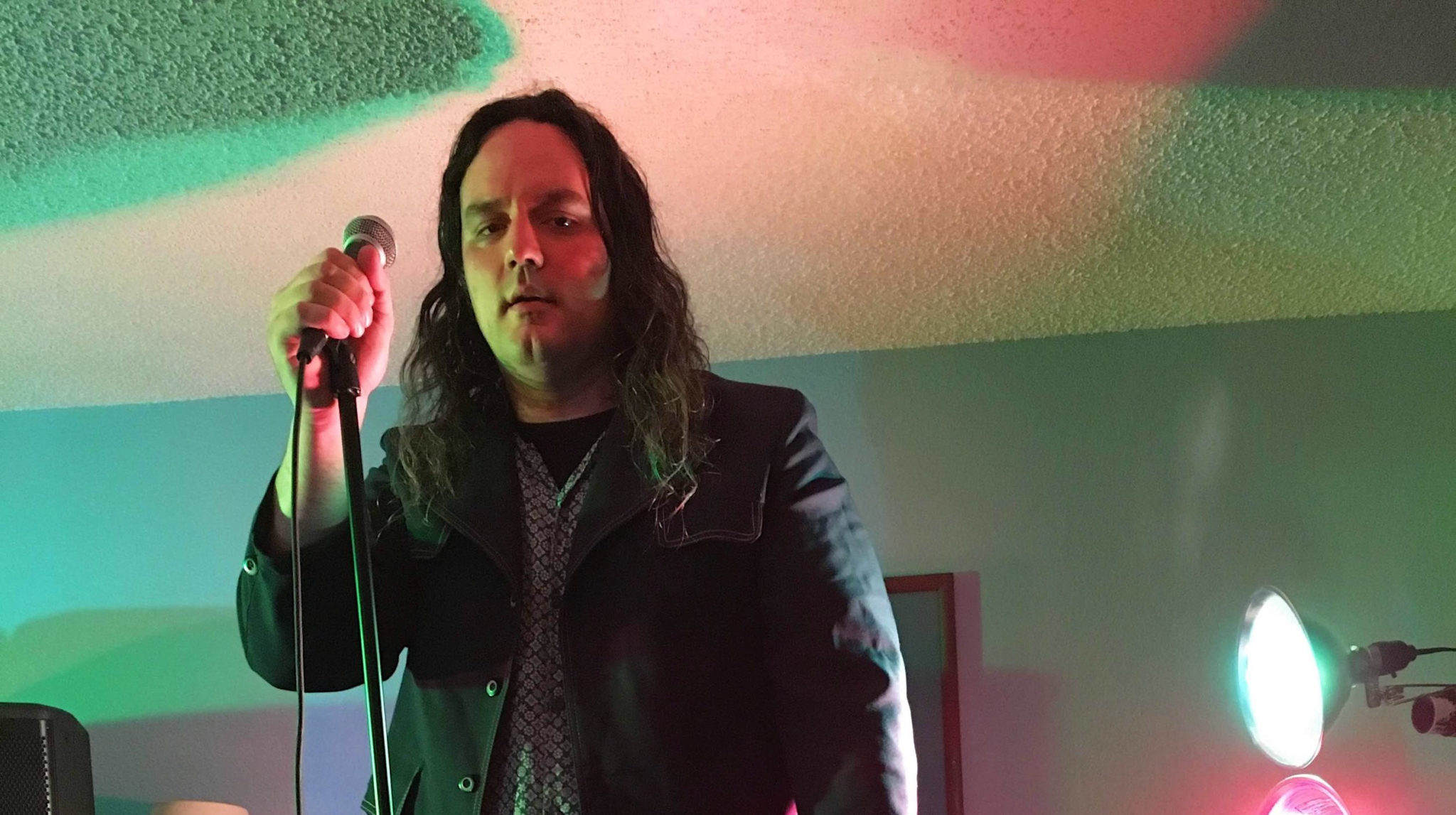 It’s been a long road for Height Keech, but that’s not to suggest that this pathway is ending anytime soon. Twenty years into a successful and highly influential career, the rapper/producer is celebrating this milestone with the release of his brand new album, Wild Height Keech, due out this Friday, September 4th via Cold Rhymes Records.

The new record marks the fourteenth full-length studio effort for the Baltimore-based artist, a compilation of songs that shines a light on how much his sound has evolved since the early days of the 21st century. The beats throughout the album’s twelve tracks are some of the most original and innovative that Keech has developed, incorporating a diverse range of musical styles, including Vietnamese psych music, krautrock, and old school new wave.

Lyrically, the album makes a strong statement regarding the crazy times in which we are currently living. While most of the album features Keech doing what he does best on his own, he found time to collaborate with a couple of talented artists, most notably Jenn Wasner (Wye Oak, Flock of Dimes), and ialive who provides some beat flips, backup vocals, and guitar.

Explaining the process behind the album’s development, Keech said, “I started working on this album on the road. Despite crafting these initial sketches from the inside of a tour van, I intended to do an album that felt separate from the DIY culture of pressing up records and touring that I’ve been a part of for the past two decades. I didn’t want to draw upon the momentum you get from playing 30 shows in 30 days, even though that experience was right in front of my face. I hoped to draw from something deeper within myself. I decided there would be no tour-booking or artwork designing or other auxiliary tasks done while making this album, and I would let myself look at the music for what it is.”

He continues, “While back to Baltimore, kicking the writing into high gear, it was odd to see that not only had I put the tour grind on pause, but that the whole world had to do the same, due to the pandemic. Going from planning a slow year to having every last show on my calendar get canceled gave me a chance to listen even harder to my heart and see what it is I really need to do. I tried to be less afraid of what my heart had to say, and less worried about whether it lines up with any grand plans my mind tends to generate. I made this music from the wild side of myself.”

Twenty years is a long time, but Keech has been on a continuous musical tear for the better part of two decades now. Above all else, he has made versatility and evolution prominent aspects of his artistic vision with each album displaying a whole different side to him ever since the release of his debut in 2000. 2010’s Bed of Seeds strayed away from beats towards guitar-based garage rap, while 2009’s Baltimore Highlands featured a more collaborative approach with several producers contributing to the final product. Always looking to challenge himself by going in unfamiliar directions, Keech’s catalogue is never going to stop changing.

To go along with our premiere of the new album, we caught up with Keech to talk further about Wild Height Keech, how it compares to his previous work, and how its writing and recording was influenced by the current pandemic.

Wild Height Keech is remarkably your fourteenth studio record. How would you define the sound of the album as compared to your more recent releases?

Height Keech: “The goal is always to make the sound more alive and visceral and exciting than what came before. It’s up to the listener as to whether I got there or not, but I feel good about it. I’ve mixed my own albums before, but I’ve never taken on both the recording and mixing at the same time. I was forced into it, due to quarantine, but I actually got it to sound and feel pretty much like what I envisioned in my head. It’s going to be the start of a new era of home recording, for me.”

In terms of the writing and recording process, what would you say you did differently with Wild Height Keech compared to your previous work?

“On my recent albums, I’ve tried to push myself toward making a point or telling a story with my lyrics. I didn’t want to make hazy points that are totally up for interpretation, but instead give you points that could stand up in real life, outside of the abstract world of songs. There’s lots of songs that say, ‘we should all love each other’ or ‘do your own thing’ but it’s hard to make a point that gets to something more specific than that, and still have it be awesome music. I think of Jonathan Richman as being the master of that form of songwriting. I hear his songs and think ‘damn, he’s right,’ but it’s still a great song, rather than an essay with music under it.

I used to not care about concepts in music at all. My favourite lyricists growing up were Ghostface and Cappadonna and Al Johnson from US Maple, who just hit you with non-stop dream language. I’m still in love with that approach, but I tried something different here. Not that any one way is the right way… Any hand can be overplayed, and I think all of us musicians benefit by trying to always change.”

Some of this record was obviously written and recorded during the current pandemic. How, if at all, did the pandemic affect or influence the writing of this album? Would you say it had a significant effect on the finished product?

“It definitely had a large effect. In my opinion, anyone who feels unaffected by this pandemic is in kind of a state of denial. With this massive death toll and this total government failure, it’s been stunning to see. Any other tragedy feels like something I just saw on TV, compared to this.

Some songs (‘Slide Through The Void,’ ‘This Brutal World’) were written specifically about the new state of affairs. Other songs were made by a guy sitting at home reflecting on life through the lens of this global change. I wrote about my recent past (‘Northern Lights Lounge’) and my distant past. (‘Baltimore Back Steps’) While those events might have felt like they happened ‘twelve years ago’ or ‘a year ago,’ I was now looking at all of them as if they happened in ‘the past.’ By that I mean, there are things about the material reality of last year that I assumed would be around forever, but can now be seen as things from another time.”

There are some interesting musical influences that you incorporated into Wild Height Keech such as Vietnamese psych and kraut rock. What made you look to these sub-genres when you were conjuring up the sound of the album?

“I’ve always tried to dig as far away from normal hip-hop sample sources as possible. There’s an excellent Baltimore-based producer called Shields who produced most of my early albums. His production was always informed by his love of garage/psych rock. When I started producing myself, I tried to emulate him, and then naturally started branching out into other sub-genres.

There’s nothing new under the sun though, especially with the internet. Tons of other producers are on to the Asian psych or kraut rock stuff or anything else I might stumble upon. You always hear about the early hip-hop DJs covering up the labels of their records so no one would bite, but if you go back and listen to tapes of those early Bambaataa or DJ Breakout sets, 99 percent of those records being played went on to be used by everybody over the years, and that’s part of the fun. I try to tell myself, ‘you don’t own this, and you’re just borrowing it for a minute.’”

In writing and recording the album, did you work with any collaborators or is this mostly your own creation?

“It was mostly me alone, but I had some much needed help. I wrote the words and the basic melody for ‘This Brutal World,’ but Jenn Wasner came up with all the vocal harmonies. (I have no idea how to do that) ‘Last Blast Do Or Die’ was co-produced by ialive. He took an old unfinished beat of mine, and flipped it into something I loved. He also replayed some guitar riffs I had laid down on acoustic, through his way-tighter rig. Him and my friend Emily Slaughter laid down backup vocals throughout the album. Obviously, everybody wrote their own bars on ‘World Wind.’ I was pleased as punch with how it turned out.”

Every album obviously has its challenges. What was the most challenging aspect in writing Wild Height Keech?

“Working with a trash computer on its last legs was the toughest part. Like I said before, I was handling more of the recording and mixing duties than usual… I’m glad I did, but my old-ass computer barely made it though. I’m happy to say that I’ve since leveled up.”