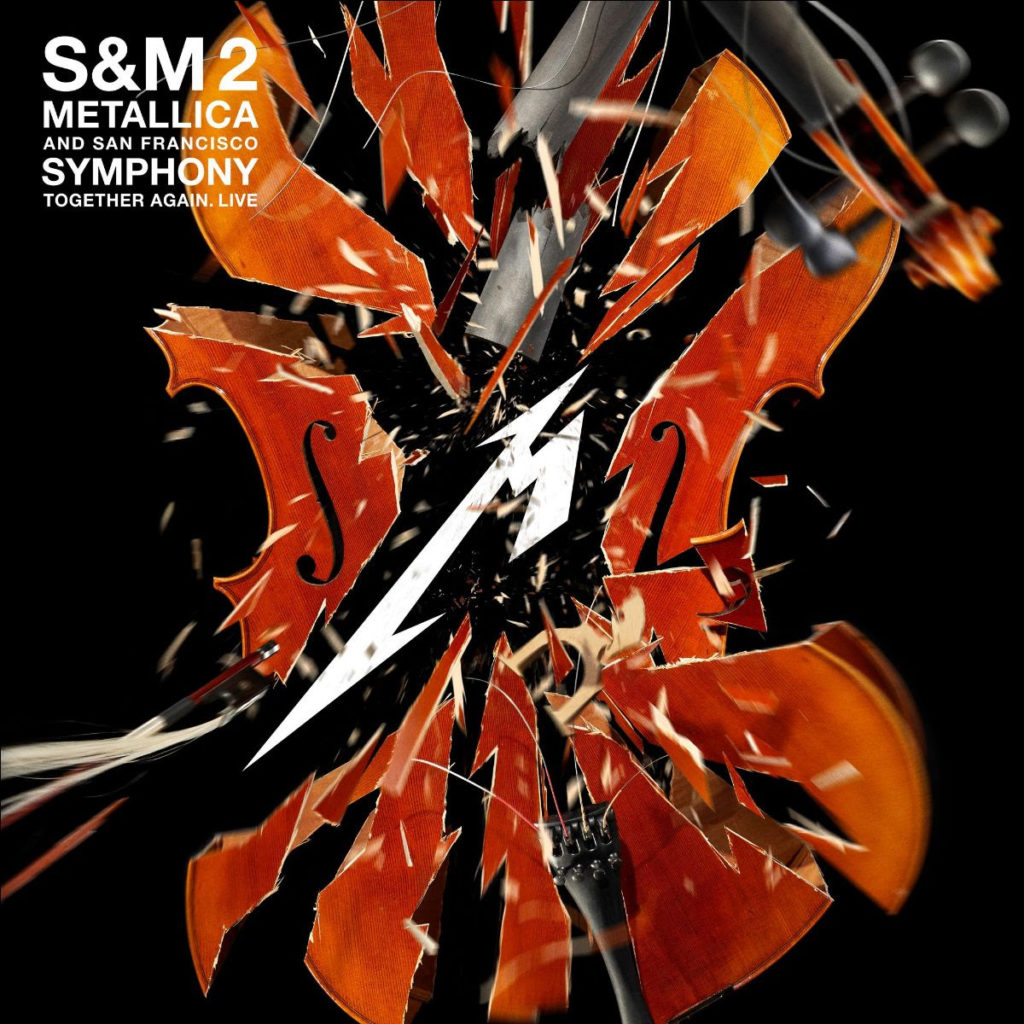 If you’re the biggest metal band on the planet and it’s the 20th anniversary of one of the most epic live album collaborations in the history of metal, how do you mark the occasion? Well, in the case of Metallica, and their S&M2 album, you do it by making a follow-up and making it bigger, badder, and more epic than the original.

Released back in 1999, S&M saw the metal giants team up with the San Fransisco Symphony to record one of the most incredible live albums of all time. Last year, the band celebrated the 20th anniversary by once again teaming up with the Symphony to perform two massive shows in front of over twenty-thousand fans a night. S&M2 is the recording from those two nights and, not only towers over the original but dwarves any of Metallica’s post-Black Album work.

For the most part, focussing around more recent Metallica material, there are still a few gems from their hefty back catalogue to keep the diehards happy. The set kicks off with their familiar but still spine-tingling “The Ecstasy of Gold” intro before the collaborating powerhouses lurch through jaw-dropping renditions of “The Call of Ktulu” and “For Whom The Bell Tolls.”

“The Memory Remains” sees the ‘Tallica crowd lift the roof off the venue while recent hits “Moth Into Flame” and “Halo On Fire” are given a dramatic twist. If you’re looking for truly unforgettable moments though, hearing Scott Pingel’s upright bass replace that of late bassist Cliff Burton on “(Anesthesia) – Pulling Teeth” should have the hairs the back of your neck standing on end.

Going back to the beginning though, while there was some apprehension that a collaboration between a symphony orchestra and the world’s biggest metal act was going to be a disaster, there is no such worry on S&M2. In fact, listening to the power surging through well-worn Metallica favourites like “Wherever I May Roam” and “One” it really feels like some of these songs have been given a new lease of life.

These days Metallica is one of those bands who polarise opinion across the metal scene. On the one hand, there are the hardcore fans who worship everything they do while, on the other hand, there are the old-school fans who’ve taken one listen to their post-Black Album output and cry that they’re a spent force. Whichever side of the fence you sit on, experience this powerful collaboration and you’ll be left in no doubt that you should write the metal giants off at your peril.