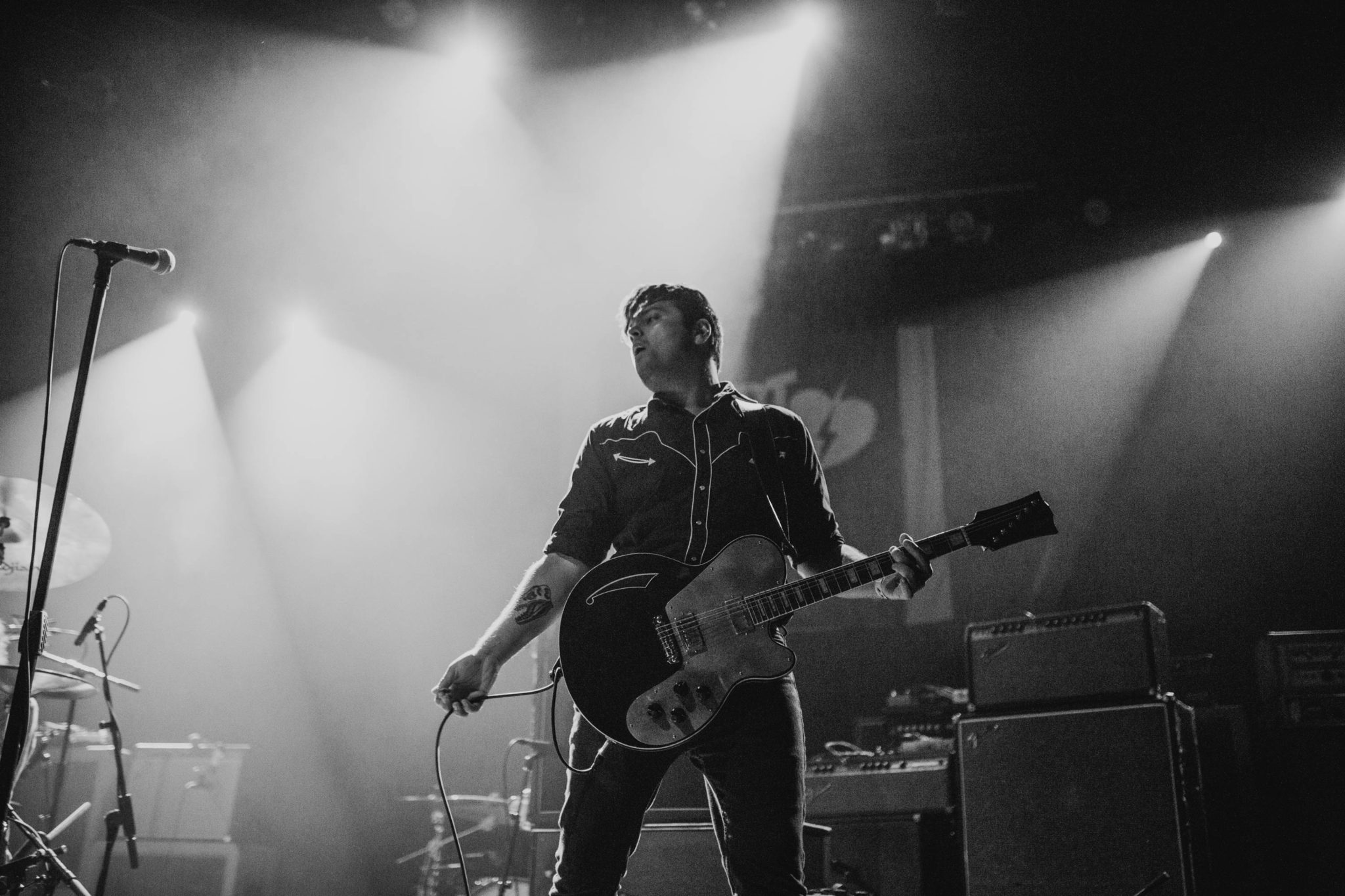 When it comes to Heart Attack Kids, no punches are pulled and no fucks are given. Basically, what you see (and hear) is what you get. This couldn’t be any truer than on their latest single “Can’t Stop,” the first new track to be released this year (with another due to come in the fall). The song carries forth the attitude and the energy that was laced throughout the group’s sophomore album, Bad Luck Like Gold, which was released in April of last year. That album exposed Heart Attack Kids to a much wider audience which extended far beyond their local popularity in London, Ontario. Defined by massive guitars, fuzzed-out bass lines, and booming drums, their high-energy sound has helped land them shows alongside bands such as Billy Talent, Rise Against, The Gaslight Anthem, and many more.

Even though it has a fun, upbeat sound, “Can’t Stop” deals with a serious matter. Commented the band, “Can’t Stop’ was written with (producer) Aaron Allen in a back corner room of a tattoo shop called Taste of Ink in London, Ontario. The song is about addictions, something so many of us struggle with.”

Despite only being a trio, Heart Attack Kids carry a powerful punch, musically speaking. Consisting now of singer and guitarist Jared Ellul, bassist Craig Gignac, the high-octane act originally formed in 2013. The release of Bad Luck Like Gold last year marked a large step forward for the guys, an explosive collection of songs featuring dynamite drumbeats and sludgy guitar riffs. Part of what made that record so memorable is that Heart Attack Kids worked directly with Cancer Bats frontman Liam Cormier who produced the record. Cormier helped infuse the album with that unmistakable Cancer Bats intensity that built upon the foundation of garage punk riffs that Heart Attack Kids had begun to form on their 2016 debut album, No Future.

With Heart Attack Kids soon to become a household name within the ranks of Canadian punk rock, we spoke with the guys for a few minutes to ask them some more about “Can’t Stop,” and their upcoming third album.

I enjoyed the garage punk kind of sound that is featured in “Can’t Stop.” I think it really gives the song an edginess and attitude which makes it stand out even more. Were there any artists or bands in particular that you were trying to emulate, or at least inspired by in the writing of this song?

Jared Ellul: “Thank you very much. We wanted this song to have a high energy vibe that people could get up and dance to. I often get inspired by bands such as Queens of the Stone Age and Death From Above who, in my mind, are masters of having their songs be heavy and full of hooks.”

You mention that “Can’t Stop” was written in a back room of a tattoo shop called Taste of Ink in London, Ontario. Did the song just suddenly dawn on you while you were there or had it been something you were working on?

“Yeah, it was an idea I’d been working on for a while and ended up co-writing the song with a very good friend of mine Aaron Allen, who owns The Taste Of Ink in London, Ontario. I came to the session with a few ideas on how I wanted the song to sound and feel. Then the two of us worked all the details out together. I find writing in different settings inspiring for writing new songs. Being in a new creative space with awesome people really helps me bring new ideas to the table.”

“I’d say that ‘Can’t Stop’ is a different sound from any of our other albums we’ve done. This is our first song we’ve ever released as a three-piece with a bass player so we wanted to really use that to our advantage with a groovy bass line to get feet moving. Our bass player Craig Gignac did some great back vocals on ‘Can’t Stop’ as well to bring a new element to the song. The vibe has a more of a get up and dance feel then mosh like our other songs from ‘No Future’ or ‘Bad Luck Like Gold.”

You have another single tentatively due to come out in October along with a third studio album on the way soon. Where do things stand with the recording of this album and what can you tell us about it?

“Yes, we will have another single out later this year, not sure when exactly yet but October sounds like the right ballpark. We are currently in the process of demoing the third studio album from home. It’s a really different experience this time around. We are working online to share ideas since we are not able to get into the jam space together due to COVID-19. We won’t be touring this year, but we are taking advantage of the time and are constantly writing, trying to make this record something awesome. I’d expect to hear our third record in late 2021.”