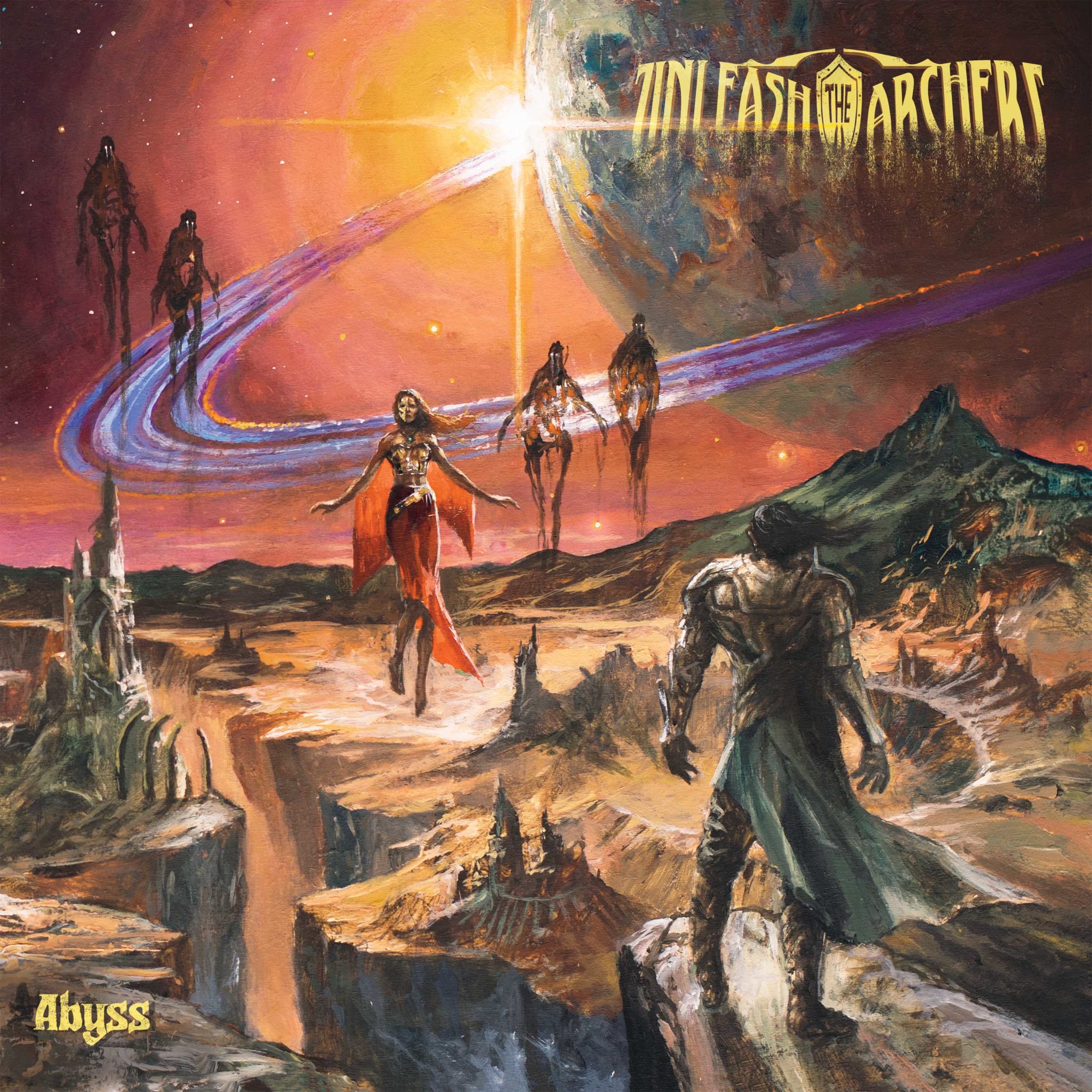 On August 21, via Napalm Records, Canadian melodic power metallers Unleash The Archers release their new album Abyss, the sequel to the concept began in 2017’s Apex. Telling the story of The Immortal and their struggle against the ultimate evil embodied by The Matriarch, it’s a sci-fi space opera giving story and substance to their high-energy metal filled with technical instrumentation and the soaring vocals of frontwoman Brittney Slayes.

With intro track “Waking Dream” leading into the title track “Abyss,” the album kicks off with the tight and precise riffing and fist-clenching vocals for which the power metal genre is famous. Featuring Slayes flexing the range of her voice from rich lows to ludicrously powerful highs, a ripping guitar solo with Grant Truesdell and Andrew Kingsley trading blows, it’s wrapped up with a set of lyrics to introduce the listener to the album’s concept and also serve as the perfect first exposure to the band for those who may be unfamiliar.

Throughout Abyss, however, Unleash The Archers show they are no one-trick-pony, with “Through Stars” written in a pure ‘80s-style power ballad a la Foreigner or Whitesnake, and “Faster Than Light” taking influence from more modern hyper-speed power metal in the style of DragonForce. The band demonstrate that they’re equally at home creating shorter punchy tracks (see “Soulbound”) as they are flexing their progressive chops on the 8-minute plus “The Wind That Shapes The Land,” and there isn’t a moment throughout the length of Abyss that doesn’t grab the listener’s attention.

Whilst the clear centrepiece of the album is the extraordinary voice of Slayes, it would be amiss not to mention the guitar-work brought by Truesdell and Kingsley as another standout quality. Where there are influences from classic artists including those mentioned above, along with Iron Maiden and elements of Van Halen, there are also hints towards modern artists such as the futuristic melodeath style of Per Nilsson of Scar Symmetry or some of the relentless riffing and runs of progressive metal machine Michael Romeo of Symphony X fame. It’s another demonstration of the band’s range which, whilst centred in power metal, brings a broad spectrum of influence for the listener and adds an almost nostalgic element to a brand-new album.

With all of the musicianship and songwriting calibre on display, it’s a further hallmark of quality that the one overarching emotion of Abyss is fun. Devotees of the band and followers of the concept story will find plenty of meaning and poignancy in the lyrics to unpick, and the casual listener will discover a superb power metal album boasting all of the qualities from the classic artists of the genre as well as some welcome modern twists. Unleash The Archers have hit the target with this latest release.