If there’s one thing that alternative rockers High aren’t, it’s plain or mundane. This exciting new quartet is the type of inspirative band that we could really use in an otherwise disheartening summer that isn’t offering us much to look forward to.

The guys are set to release their new album, The Okay EP, on August 21st, four dynamic songs meant to raise your spirits while giving you a nice pat on the back at the same time. The EP is heavily influenced by the vibrant multiculturalism of the band members, combining four uplifting new songs that confront some more serious issues regarding mental health in today’s society. You could think of it as something resembling an emotional cleansing, meant to help you put the negative behind you and the positive in front.

Explaining the origins behind the EP, singer and rhythm guitarist Richard Howard said, “The Okay EP is a mix of tunes that were a mainstay of our live set for a while and new tunes written just before recording. It was only after we got the EP back I realized it was entirely about my experiences with mental health, substance abuse/self-medication and the unhealthy relationships that affected, and were affected by those things. We’re all about catharsis though so putting that shit to music you can sing along, dance or rock out to is kind of our go-to. We’re real proud of how everything came together, hopefully, folks enjoy it!”

There’s an unmistakable worldly feel and sound to High that’s also extremely accessible and engaging. They may be based in Toronto, but there’s an international appeal to the quartet, combining together a Trinidadian, a Frenchman, and two Canadians. The band initially formed in 2016 after many experiences playing in other local bands.

High’s debut EP, The Alright, was released in 2017 and introduced listeners to their eclectic musical approach that combines alternative rock, reggae, punk and more to create a truly unique sound. That sound has been expanded upon even more with the release of The Okay EP, four songs full of international flavour. Both dynamic and spirited, High are out to give you an emotional high with their inspiring sound and mass appeal. 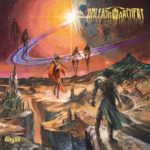 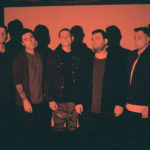