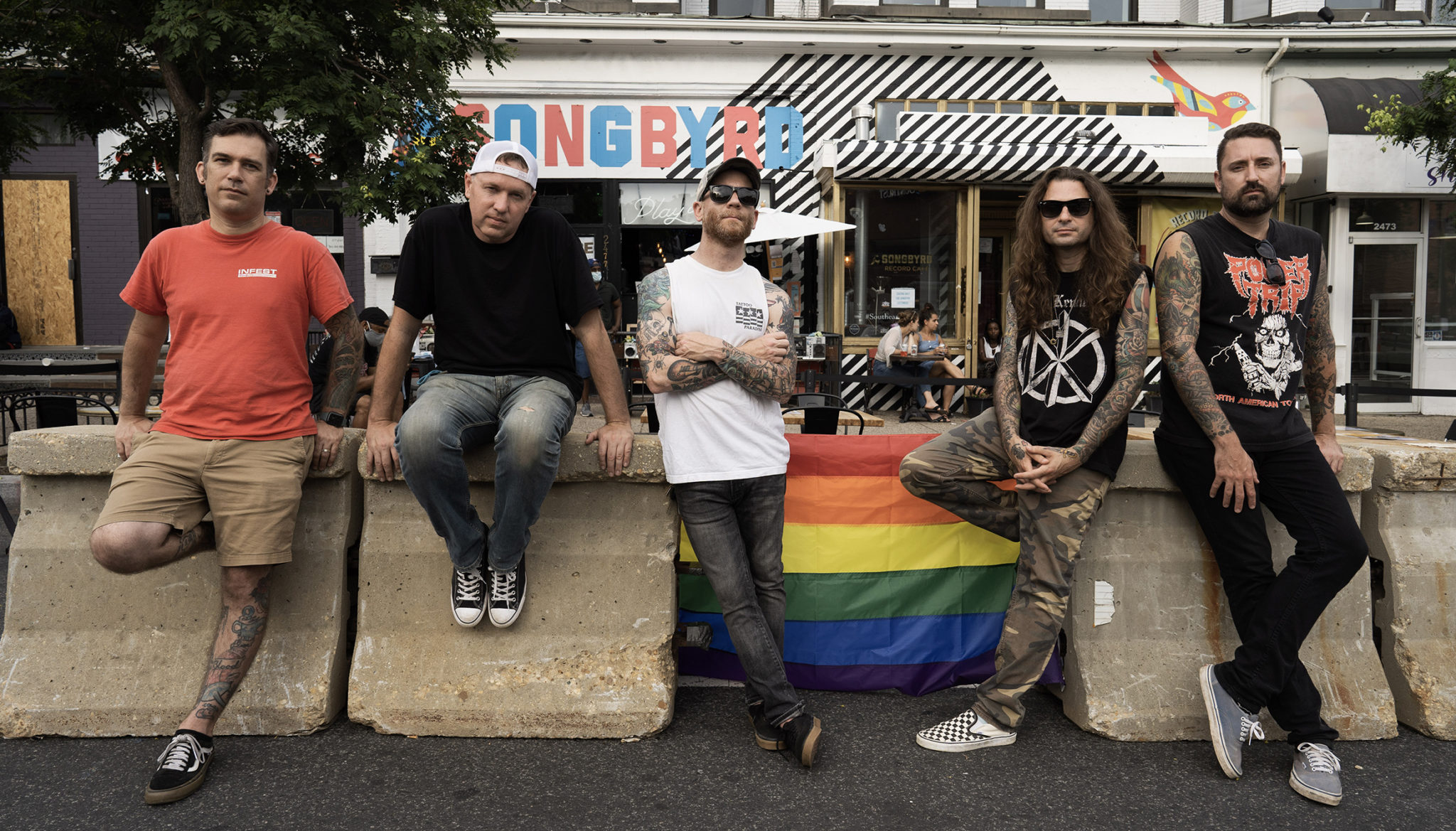 Melodic hardcore band Be Well are set to drop their powerful new album, The Weight and The Cost, this week through Equal Vision Records / End Records. The journey to get to this point for vocalist Brian McTernan has been one that has taken him to some great places and also some dark places. Openly admitting to suffering from depression throughout his life, Brian spoke to V13 recently about the album, his mental health, how Be Well came to fruition, and whether his original band, melodic-hardcore group Battery, will return again in the future.

Thanks for your time Brian, Be Well are ready to put out The Weight And The Cost, how does it feel knowing fans are finally going to hear what is described as a “deeply personal experience”?

Brian McTernan: “It’s exciting and terrifying at the same time. Before we released “Confessional” I was really scared. I shared things in the songs that I have never shared with anyone, and I really had no sense of how people would respond. It honestly took me off guard to receive so many messages from people telling us how much they related. Now the waiting is killing me and I just want the record to come out.”

You’ve also stated that you feel like you’ve “put it all out there.” Does the release of the album mark the start of a new chapter in your life?

“Yes. I think so. I love writing and playing, and the guys in the band are amazing. Also, the people at Equal Vision and End Hits are lifelong friends. Having this to pour myself into has been cathartic and it’s left me feeling more connected to myself than I have in a long time. It’s been fun to have a reason to be talking to all of these people that I care about so much every day.”

You’ve talked openly about your own mental health and anxiety, how have you managed these during these unique times?

“I try and do something creative every day and that helps a lot. When I start to feel isolated or out of sorts, I try and run, hike, or talk to a friend and that helps me avoid creating a feedback loop in my head. I am making a conscious effort to stay in touch with people and be more connected to the world around me.”

The journey to get you to this point has taken over twenty years from the end of Battery, at what point was Be Well born and the material and ideas you had start to turn into something that started to resemble an album?

“I started writing a lot of the initial material for Be Well in 2017. It took a long time to find bandmates, and I used that time to just catalog a ton of ideas. We didn’t end finding the right members until 2019, but things came together quickly once we did.”

“I hadn’t been writing at all for quite a while before that, and I think that was a huge reason that my life went off the rails in the way that it did. As soon as I started writing again, it became clear to me that I wasn’t in a good place. I could see that I needed to make some pretty drastic changes in my life. I missed playing and performing, but more than anything I think I missed being surrounded by the community that comes with creating music.”

It seems that Mike Schleibaum has been pivotal in helping move this forward. How helpful was it to work with someone so committed to launching the project?

“Mike is amazing. I tried to give up on doing this band a million times, and he would never let me. Every time I sent him a demo he would get back to me right away with awesome feedback and encouragement. He also led the search to find the rest of the members.”

How did his commitment to the project change your own views and attitudes towards it?

“He has a million things going on and he definitely didn’t need to start a new band, so his enthusiasm really meant something. I think that his love of the things I was writing inspired me to push myself even harder and not give up.”

You’ve said that this is an album that someone out there needs right now. What do you hope that person gets from listening to your work?

“Growing up and listening to music, the lyrics always helped me understand things that I was feeling but that I didn’t have the words to articulate. I don’t think that you need to suffer from mental illness to find things on this record that are relatable. Everyone has fears, disappointments, hopes, and things about themselves that they are afraid to say out loud. This record is me saying those things out loud. I know that I am not the only one that has ever had feelings like this, but sometimes being willing to put a name to them and hold them up to the light can take a lot of the power and the poison out of them.”

You’ve acknowledged depression has been a major part of your life, noting a change starting in 2014. Looking back, is there anything you wish you’d done differently during that period?

“I have struggled with anxiety and depression my whole life. The notable change was that in 2014, I stepped away from music entirely. Without having music to pour myself into, things became unmanageable. I don’t regret the fact that it happened, because I learned things about myself that changed my way forward for the better. I love doing this band, and making this record with my friends has been one of the most meaningful things I have ever done, and I don’t think any of this would have happened if I hadn’t taken the path that I did.”

One thing that came out of that period was the temporary reforming of Battery. Why did that not manifest into something more permanent?

“We did two Battery tours and they were both amazing! Playing together was incredible, but in terms of writing new music, we were not on the same page creatively. I still love all of the guys and we will probably do some more shows at some point, but it’s nice to be doing something totally new.”

The Battery reunion did trigger the realisation that you needed to connect with the music part of your life again. Was there a particular moment when this realisation appeared and again, how did it change your own attitude to your work/life?

“When Battery re-united in 2017 we did a new song called My Last Breath. It was the first time I had written lyrics in 20 years. I remember feeling more connected to myself and realizing how much I missed doing it. From that point on I started writing something every day. I became acutely aware that I had been burying a lot of things for a long time. That is what ended up being the early song ideas for Be Well.”

Now the album is ready to be released, what are your personal hopes for the future and where do you see Be Well going?

“I want to tour and continue to create new music. I want to make new relationships, see new places, and have my friends and family know the truest parts of me. I also want to enjoy being in the present and not worry so much about what has happened in the past or get distracted by what might or might not happen in the future. I think every day about a Rites Of Spring lyric… “Drink deep, its just a test, and it might not come this way again.” I’m not going to miss anything this time around.”

Thanks for your time Brian. Do you have one last message for any fan of your work who is ready to explore The Weight and The Cost?

“Thank you for caring and checking it out. My hope with the record is that you will find something new with every listen.”