I’ll readily admit I came to the Panzerfaust party a little late, ‘discovering’ this Canadian powerhouse in the best possible environment: at a black metal festival. The four-piece’s performance at Thronefest 2019 (shortly after the release of this album’s predecessor, The Suns of Perdition – Chapter I: War, Horrid War) completely changed the black metal landscape for me, personally, and I have been waiting on tenterhooks ever since for the second album in this series, The Suns of Perdition – Chapter II: Render Unto Eden. And I am delighted to report, the wait has been worth it.

The band are often recognized for their battle jackets that are proudly emblazoned with the slogan ‘Black Metal Fundamentalists’ (most infamously for their group urination on the Westboro Baptist Church in 2014) and this appellation is well-deserved, as the album amply demonstrates: pure, unadulterated – distilled, even – black metal mastery. Simple, direct and totally confrontational, with no unnecessary frills or flourishes. Even the addition of a female vocal section (hauntingly delivered by Maria ‘Masha’ Arkhipova of Russian folk metal act, Arkona) on “Promethean Fire” does not seem like pandering to the crowd-pleasing route of over-polished, quasi-symphonic orchestration: just a melancholy yin to the blistering dual yang of Kaizer and Goliath.

The ‘fundamentalist’ approach also shines through in the instrumentation – a very traditional line-up of drums, bass, guitars and vocals – put to effective use in exploiting all the very best of the black metal tropes without descending into cliché territory. The net result is that the album is a celebration of black metal, a hymn to the genre’s long, varied and exciting evolution. On top of that, it’s a rich mélange of sub-styles within the greater genre: Panzerfaust delivers atmosphere with as much aplomb as they do brutality; bleakness balanced with fury.

If ever there was a band to represent a “textbook case” for black metal, Panzerfaust is it. They don’t try to redefine black metal (like Gaahl’s Wyrd did to such jaw-dropping perfection in 2020), nor do they brazenly revel in its lo-fi past, but they are such a picture-perfect representation of black metal’s history of violence, nonconformity, misanthropy and iconoclasm that they deserve a special place in the annals of the genre. They eagerly embrace old and new alike and The Suns of Perdition – Chapter II: Render Unto Eden may not have the crippling subject matter of its predecessor, but it is still a glorious exercise in darkness. Nothing new for Panzerfaust, though – lest we forget, this is probably the only black metal band ballsy enough to cover Johnny Cash, the original Man in Black.

Marilyn Manson? Never heard of her.

Panzerfaust are, and The Suns of Perdition – Chapter II: Render Unto Eden is a contemporary narrative in resistance and dissatisfaction. “Areopagitica,” with its repeated message of ‘narcissism masking as virtue,’ for example, summarizes a jaded zeitgeist wherein the blind, social-media-addicted masses will gladly ‘cannibalize their own before letting the heretic be heard’: despite its origins in the 17th century with John Milton’s famous letter to parliament, censorship, protest and opinion-led media are still valid topics of concern today.

The closing notes – and lyrics – of “Pascal’s Wager” are equally apt, burning with a bleak resignation, an acceptance of inevitability and futility in equal parts. And it’s this profundity and intelligence, coupled with searing musical onslaught, that makes Panzerfaust a force to be reckoned with in all circles of extreme music – not just black metal. I only hope Eisenwald prize this band and their contribution highly enough. Once the Suns of Perdition cycle is complete, it is unlikely that any other band will be able to hold a candle to Panzerfaust in terms of far-reaching vision and conceptual achievement.

1. Promethean Fire
2. The Faustian Pact
3. Areopagitica
4. The Snare of the Fowler
5. Pascal’s Wager

“The Snare of the Fowler,” courtesy of Black Metal Promotion. 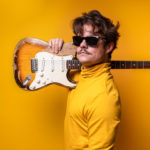