There’s a subway party today and it’s being hosted by none other than Boo Riley. The band is pleased to be releasing the music video for their self-titled new single which takes you for a rather unique subway ride, followed by a little live music in Tompkins Square Park, and then concludes with a full-on gig at Arlene’s Grocery store.

The video does a splendid job of matching the song’s energy with both, going hand in hand to create a very amusing musical experience. It also serves as a refreshing reminder of what life used to be like. Rather than being caught in our respective households the entire day, there was a time when we could venture out and run into unexpected fun experiences right on our streets and in our communities. The “Boo Riley” video serves as a nice little notice that good times like these will eventually return and when they do, we’ll appreciate them much, much more.

Explaining the inspiration behind the writing of the self-titled song, the man behind Boo Riley, Austin Lesch, commented, “I was listening to Wilco’s “Wilco (The Song),” and loved the lyric ‘This is aural arms open wide, a sonic shoulder for you to cry on.’ I wanted to write a song inspired by that line, but with Boo Riley’s perspective. The video is an extension of this. We wanted to visualize what we were trying to do sonically.”

A native of Manhattan, Lesch created Boo Riley in 2016 as an avenue for writing fun, accessible pop-rock songs that draw on the sounds of classic rock, 1980s pop music and modern indie rock. At the time of Boo Riley’s creation, Lesch was primarily pursuing work as an actor and was feeling quite artistically unfulfilled. He sought to create his own artistic outlet where he could just let loose and do whatever he wanted which led him to a very productive run of songwriting with four EPs released since 2016, the most recent being 2019’s Mango Garry.

Relentless in his approach, Lesch is currently working on a fifth Boo Riley EP with plans to release new music videos for some previously released tracks. If it’s a good time you’re seeking, then Boo Riley will fulfill your desires and get you moving and grooving in the process. 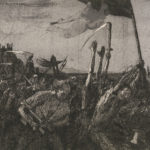 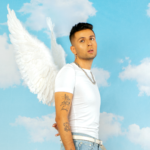