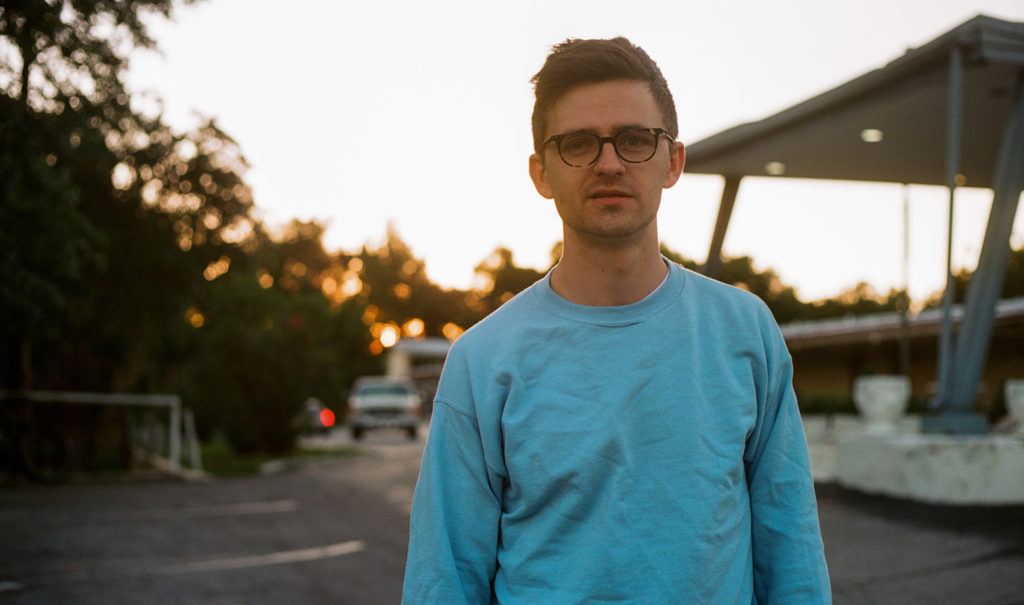 Indie-Folk artist, Max Helgemo is stepping on the scene with his new single “Uncovered” recently premiering via Atwood Magazine as a “beautiful, glistening indie-folk indulgence.” Helgemo’s smooth vocals combined with his dreamy contemporary folk soundscape allow listeners to escape to their daydreams with an ethereal soundscape and reflective lyrics. “Uncovered” is a song of empowerment through change as Helgemo announces his arrival in a new city and embraces the change of a new home without fear. “I had just moved and was adjusting to a new place… Trying to make it feel like home in my head before I started getting busier–I needed to feel empowered to do what I wanted and to have no fear of change,” says Helgemo.

“Uncovered” is in itself a sonic personification of a daydream as Helgemo imagines himself streaking through the streets announcing his arrival. Bringing along the feelings of wanting to belong in a new place through meditative lyrics and calming guitar strums, it’s not long before Helgemo explodes into an ethereal wall of sound during the chorus, musically symbolizing his peace with a new beginning.

Nashville contemporary folk artist Max Helgemo began his career in music as a musician in residence for hospitals, playing songs for patients. His musical style grew to embody the intimacy of these often one-on-one performances, with a stripped-down sensibility that is present through his acoustic stylings. Helgemo began touring in 2019, opening at Variety Playhouse, headlining Heartwood Festival, and performing at the famed Rockwood Music Hall in New York City. Through these experiences, Helgemo found himself opening for and collaborating with artists such as The Hails, Corey Kilgannon, and Cicada Rhythm, allowing him to continue developing as a new artist in the ever-evolving music industry.

With a handful of single releases under his belt, Helgemo creates music from the idea of wanting to exist out in the world with other people and less in his own head. His lyrics revolve around the hope of growth, love, and becoming the person he wants to be, resulting in his music being described as “a healing journey” by indie tastemaker Stereofox. His 2019 single, “New License,” was widely received by fans garnering over 85,000+ Spotify streams and launching him to a feature on the critically acclaimed Nashville station Lightning 100. Drawing comparisons to Father John Misty and Gregory Alan Isakov, Helgemo’s full-bodied music is best showcased in an intimate live setting where the lyrics have the freedom to fully marinate in their emotions. Overall, Helgemo continues to surprise fans with new singles and hopes to produce a debut album in the near future.