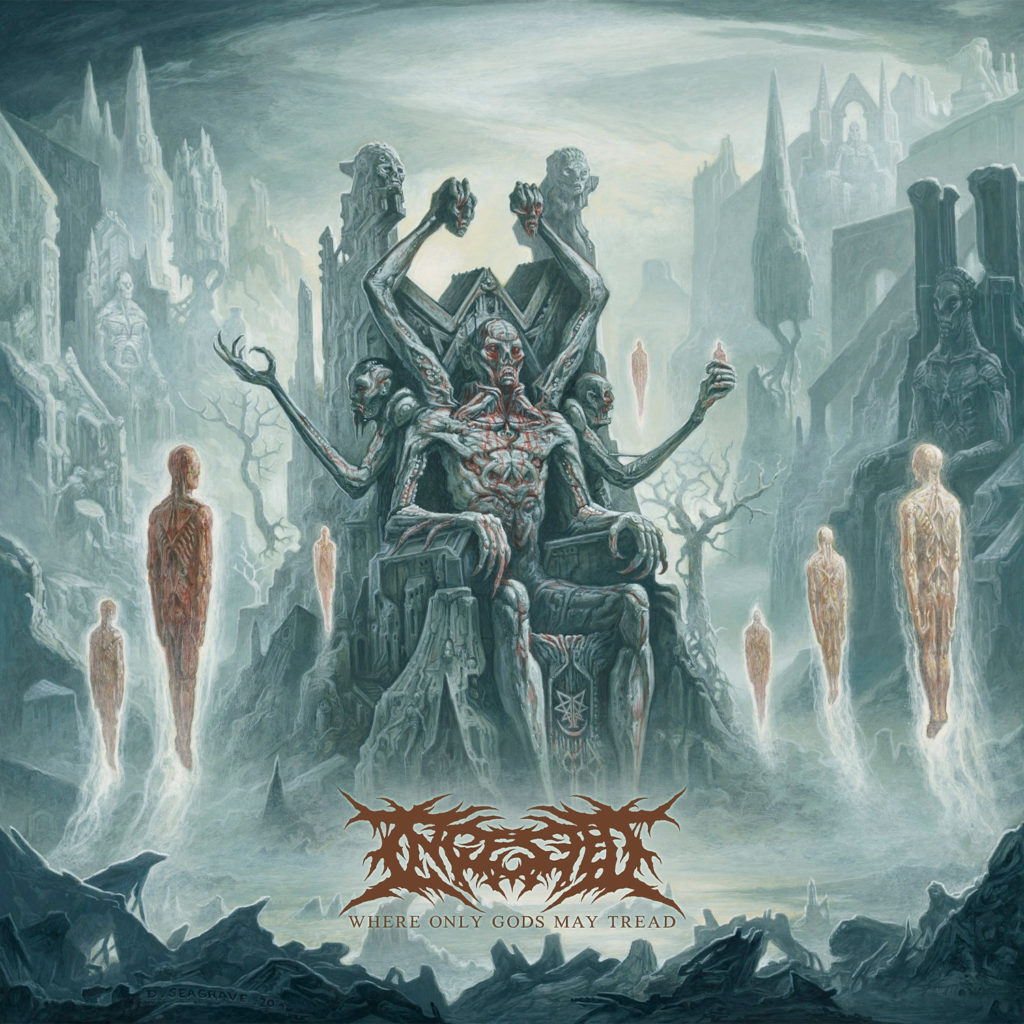 Ingested – ‘Where Only Gods May Tread’ [Album Review]

Even early on in their career, it was obvious that UK slamcore chaps, Ingested were destined to become a big player in the underground metal scene. Now about to release Where Only Gods May Tread, their fifth album, Ingested are ready to unleash the finest offering of their career to date and one they’re going to have to go some to top.

Summed up perfectly by track two, “No Half Measures,” Where Only Gods May Tread is at times an unrelenting assault on the senses. Mauling your ears from the moment they slam into opener “Follow The Deceiver,” Ingested have made damn sure that their fifth release is as savage as possible. However, although joyfully slamming away through each serving of sludgy, blast-beat-laden brutality, Ingested has ensured there is also plenty of depth to the sound. Having clearly benefitted from years of hard work and touring with masters of the genre like the The Acacia Strain and Cannibal Corpse, tracks such as “The List” and “Forsake In Desolation” show a band who, while unapologetically heavy, have learned how, by adding depth and darkness to your sound, the end result can be equally as disturbing.

Speaking of The Acacia Strain, frontman Vincent Bennett is one of a number of guests on the album providing an accompaniment of his own feral howls to “The Burden of our Failures.” Elsewhere, given the punishing nature of Ingested’s sound, it’s no surprise to see Crowbar’s very own Kirk Windstein adding his own down-tuned flavouring to the haunting “Another Breath.” Finishing off the trio of guest appearances, Kublai Khan’s Matt Honeycutt makes an appearance on the savage “Blackpill.” By this point, if any further proof was needed as to where now Ingested stand in the general scheme of things, these three guests alone should have answered that one.

Slamming into “Forsaken in Desolation,” it’s hard to imagine how the band can top this but top it they do with album closer “Leap of the Faithless.” A nine-minute epic, this absolute beast of a song sees the group unleash a thunderous, boundary-pushing finale to sign off this album. As a conclusion to the record, “Leap of the Faithless” not only brings Where Only Gods May Tread to a dramatic, epic climax, as a set-up to the future of their sound, but Ingested has also just set the standard ridiculously high.

Where Only Gods May Tread Track Listing: