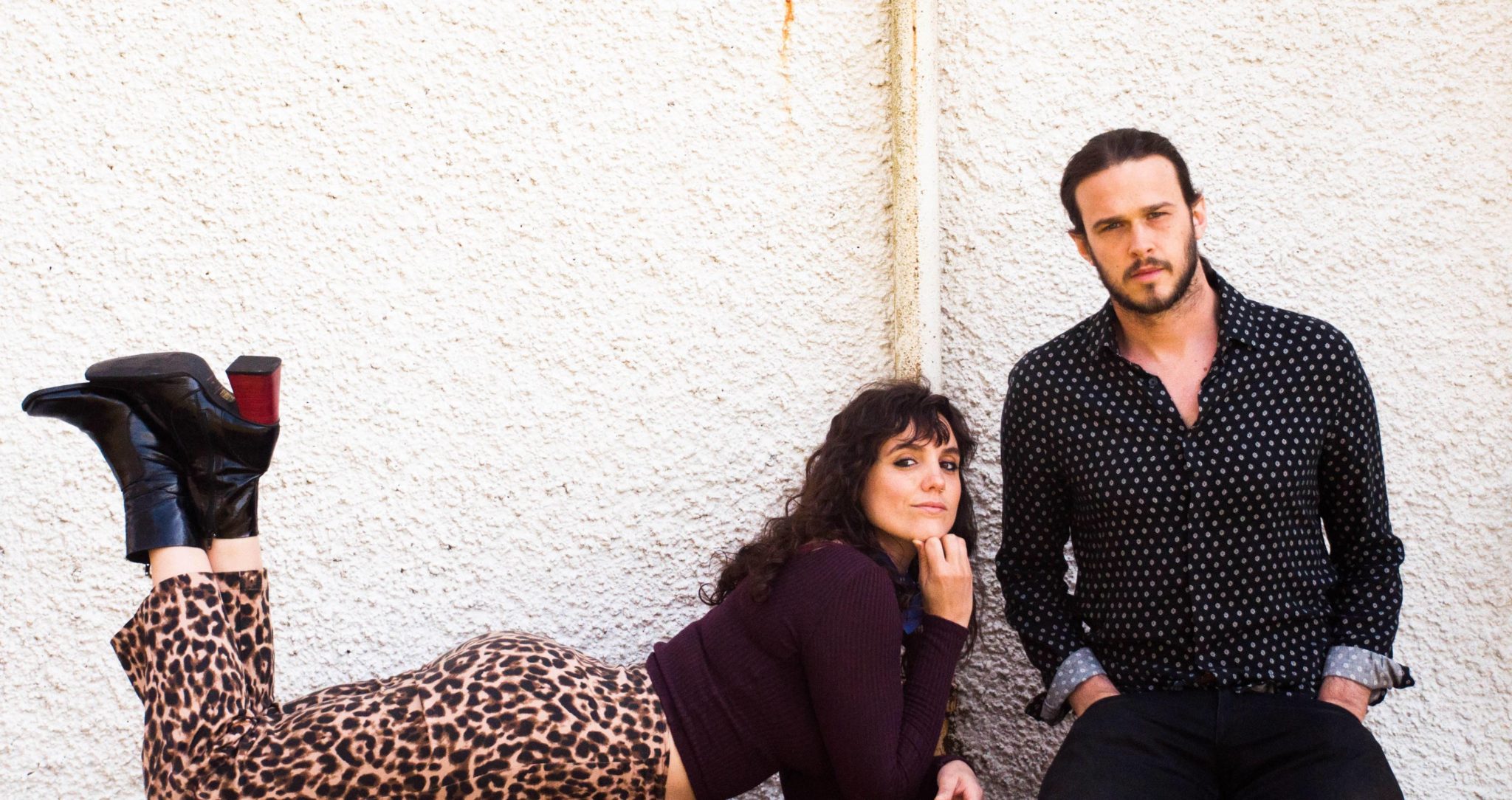 Broken Bones Matilda – a London-based band – immediately caught our attention with their enigmatic hybrid of sound. Having been described as Nick Cave meets Fleetwood Mac, oozing raspy lead vocals and soaring harmonies over well-crafted songs, it’s easy to see that Broken Bones Matilda are influenced by ‘70s rock and the early ‘90s surge of post-grunge bands. Their new single, “Everafter,” showcases their unique sound and presents itself as a teenage romance song… Narrating young love and the feelings of insecurity and shyness you have when you like someone but don’t have the courage to ask them out.

Having performed at major festivals including Glastonbury, Wilderness, CarFest N&S, Pub In The Park and many more, as well as opening for the likes of Texas, Ward Thomas, KT Tunstall, and Alice Wallace, the UK duo recently took a new approach to perform for fans in the midst of the COVID-19 pandemic. Embarking on a two-week virtual tour of UK breweries to raise money for #saveourvenues, Broken Bones Matilda virtually crossed the UK, flying the flag for independent businesses and raising spirits nationwide. We sat down to talk with the duo about their new song, their unique approach to touring, and what fans can expect next.

First of all, where did the name Broken Bones Matilda come from?

Sarah: “The name Broken Bones Matilda came from a line from Sam’s favourite band, The Gaslight Anthem, ‘all washed out by the side of the road, broken bones Matilda left a note and a rose.’”

Who are some of your musical influences that you look to for inspiration?

“We both really love the music our parents listened to…people like Neil Young, The Stones, Bowie, etc. But we also grew up in the ‘90s, when all the post-grunge and brit-pop thing was going on so I think that’s worked its way into our music too. Sam also likes to take lyrical inspiration from books, people like Iain M. Banks, Murakami and Gabriel Garcia Marquez…stuff that’s very descriptive and a bit surreal.”

What was the inspiration/story behind your latest single, “Everafter”?

“It’s a reminder not to let opportunities pass you by when you’re young and in love, a teenage romance song inspired by the way you feel when you like someone but can’t find the courage to ask them out.”

What’s your favorite lyrical line in the single? Why?

“The chorus line: ‘Don’t be late boy, what you gonna ask her? First to drink, then to dance and be your everafter.’ We like this one because it sums up how it feels to be that age. Everything happens so fast…you feel like love really can be as simple as asking someone for a drink, then to dance and live happily ever after. The sense of urgency is important too because if you don’t ask them, someone else is going to get there first!”

You just wrapped a virtual tour of UK breweries. Can you share more about what that experience was like?

“It was pretty amazing actually, we were totally blown away by the response. It was all a bit experimental, to begin with, we birthed the idea and then it just suddenly took on a life of its own. From the first brewery, we asked to the final show we played, the support from the breweries was just incredible! With that in mind, we wanted to personalise each show to the identity of the brewery so we included resident artists, local musicians, and brewers across the country to come and share the screen with us. It was definitely a weird experience ‘touring’ without leaving our living room and of course, it will never beat the real thing, but it made us happy to connect with fans again and hopefully it cheered them up too!”

Where did the idea to do the tour to different breweries come from?

“We were feeling very disheartened by the threat of so many of our favourite venues closing down so we decided to come up with a fundraising idea for Save Our Venues. We wanted to do a virtual tour with a twist and music and beer go together so perfectly. The idea essentially was to have independent artists working with independent breweries raising money for independent venues. It had a kind of snowball effect, once a few got involved more wanted to join in and it was really lovely to see how much they all wanted to all work together to be a part of a charity event.”

How do fans interact with a virtual show (in other words… How is it different than a live show?

“One of the great things about virtual shows is the connection you make to the fans, it’s very different to a live show because there is a lot more conversation and interaction. They can ask questions and make requests, tell us where they are, what they’re drinking etc. Part of the idea of working with craft breweries was to create a virtual pub experience where even though we are all separate we can still share an evening with friends and strangers.”

As an artist, what do you find are the pros and cons of a virtual tour?

“Nothing will ever compare to the feeling of playing live in front of a big audience of real people, that is the biggest con. But the pros would have to be that if this pandemic had happened 10 or 20 years ago musicians wouldn’t have been able to do anything to reach out to their fans. You have to take the good out of it and realise that although social media can sometimes be very destructive, it has really helped people stay connected over the last few months. We’re just glad we could keep things going and still play for people. Also, there’s a lot less heavy lifting and driving involved!”

“We’ve recorded our debut LP so watch this space! The release has been delayed for obvious reasons but it’s on it’s way…”