Seattle’s rollicking quintet AVOID are a heavy rock meets metal type of thing with lots of screams, slicing riffs, and pummeling everything else. These dudes are piquing interest in rock scenes all over the Northwest and beyond with their killer live shows and experimental approach to heavy music. AVOID dropped their debut album, Alone, via Revival Records in 2018 and have been honing their sound and shredding eardrums ever since, up to and including their newest track, “Flashbang!.”

In celebration of their latest single and the recent release of their cover of “Weenie Beenie” (which we also covered here) by the Foo Fighters, AVOID – chock full of self-ascribed Foo fans – are joining us with a Top 10 rundown of their absolute favourite tracks from Dave Grohl and company. A selection written by the band’s Benny Scholl and curated by himself and Nick Olson, don’t AVOID this killer list.

“First of all, I don’t care what ANYONE says, Wasting Light is hands down the best Foo Fighters album front to back, and this is the best intro song on any album ever, and just an absolute ripper. That’s why it’s number one.”

“The DVD of Foo’s at Wembley was one of my favorites when really discovering how incredible live music is. That’s what first made me fall in love with this song, and, ever since, it’s one of my favorite go-to pump-up jams. There’s so much intensity in this song, especially in the climaxes of the verses; that’s always what has stuck out to me.”

“Back into raving about how Wasting Light is still the best Foo Fighters album. The main riff is so fucking hard and hearing Dave scream for a whole song is always a treat. The true reason it gets number three tho is the incredible music video with the late, great, Lemmy Kilmister. If you haven’t seen it, go treat yourself to that.”

“I feel like songs like these and “Weenie Beenie” off of the first record never got the attention in the public’s eyes that it deserved. The riffs and energy match any heavy band from the ‘90s, and hearing the demo-like aspect in the recording really solidifies its place in time and tells a story even bigger than the song tells.”

“This is one of the first songs Nick and I ever played together the summer before our first year of high school. In a lot of ways, this song was the start of a lot for us. Also, it’s objectively one of the best songs ever written???? Fight me.”

“This one is A) another incredibly written song (which, let’s be real, what Foo’s song isn’t), but also deserves another tip of the cap for probably being the best Foo Fighters music video ever. And the little rhythm on the ride bell in the chorus?? HOOOOO, so good every time.”

“I feel like if there’s a song that truly sounds like the ‘Foo Fighters’ it’s absolutely this one. The sixteenth notes on the hi-hat in the chorus & post-chorus give it such an amazing feel, and this chorus always randomly gets stuck in my head.”

“I don’t know, is it just me or does everyone remember hearing the intro to this song for the first time? I know I said it for “DOA,” but I also feel like it has to be said that this is a truly perfect ‘Foo Fighters’ song, and literally probably one of the best live songs ever. There’s so much to play with; I could watch different live videos of them playing this song for hours.”

“I had to put a new one in there, and I feel like there’s no better song than this. I mean this with nothing but respect, but this song is basically what Imagine Dragons have been trying to do for years, and they just wiped the floor with them hahaha. Such an interesting song for a modern radio banger. I don’t know man, the Foo Fighters just kick so much ass.” 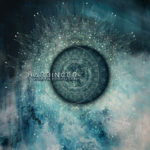 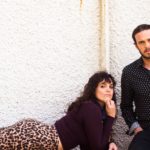