Oh, good grief! Incredibly, it was 70 years ago this fall when Minneapolis-born cartoonist Charles M. Schulz, first introduced the world to his now-legendary PEANUTS comic strip. The beloved PEANUTS characters have since become iconic — woven into the fabric of American culture. Truth be told, it’s tough to imagine many people whose lives haven’t been touched in some wonderful way over the years by the charming cast of Charlie Brown, Lucy, Snoopy, Woodstock, Pig-Pen, Linus, Peppermint Patty, Franklin and Schroeder — their engaging escapades while experiencing life in an innocent, alternative universe where adults are never seen and only rarely heard.

Having scored a recent major Top Ten hit with the Grammy-winning single, “Cast Your Fate to the Wind,” celebrated jazz pianist Vince Guaraldi was tapped to create the music for the ill-fated 1963 documentary — a soundtrack that soon would be released in 1964 as, Jazz Impressions of a Boy Named Charlie Brown. Guaraldi would continue composing music for such PEANUTS-related TV ventures as, A Charlie Brown Christmas. The companion album since has become one of the all-time bestselling holiday records.

In 2015, Fantasy/Concord Records compiled Guaraldi’s best work featured in the various PEANUTS specials and released, Peanuts Greatest Hits. And this month, the fine folks at Craft Recordings are reissuing this classic compilation in a super-fun, vinyl picture disc format. Featuring the face of Snoopy on Side A and Woodstock on Side B, the album will be limited to just 2,500 individually numbered units.

Offering golden selections for all seasons, the 12-song collection includes the instantly recognizable “Linus and Lucy,” the timeless flute-fueled “Great Pumpkin Waltz” and the iconic yuletide standard, “Christmas Time is Here.” Another shiny highlight, “Little Birdie,” was written for A Charlie Brown Thanksgiving, and features a warm and fuzzy, rare Guaraldi vocal performance.

Vince Guaraldi was only 47 when he suffered a fatal heart attack in 1976. However, through his impressive catalog, particularly Peanuts Greatest Hits, Guaraldi’s impeccable legacy lives on — entertaining generations of faithful PEANUTS followers, while introducing legions of new fans of all ages to the magic of his music. 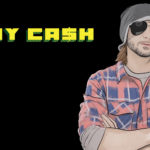 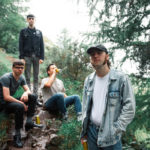