Pairing the audio with the visual, Kenny Cash firmly believes that it’s all about the experience. What experience you might ask? Well, the experience of music that extends beyond simply auditory aspects. Cash is in the middle of one of his most ambitious endeavours yet, his iLL Opera animated music series, which will include eight parts, all telling their own story that links together to form one grand narrative.

Cash has just released “Chapter IV: White Jesus” in which the character of Jaqx transforms into a new version of himself in an effort to gain the attention of his muse Oso but ends up falling into the trap of the seduction of power and fame. iLL Opera, which stands for Illustrated Opera, combines music with animation to bring you a different, more unique way of experiencing music. It’s a much-needed change of pace in an industry that too often relies on the tried, tested, and true.

Cash explains how he developed “Chapter IV: White Jesus” and the story behind the composition. “David Bowie said the revolution doesn’t live in music anymore so I knew I had to do something larger than music to make an artistic statement. I got the idea of the song when my friend DJ Connect came into the studio. I was wearing some all white and he said ‘Kenny Cash, looking like a White Jesus.’ I thought it was hilarious. The Opera is really punk. I don’t have a huge punk background but I did play in the church in the Bronx for a while and for some reason I always felt this association of gospel drums to punk drums. So, for most of the tracks in the opera, I used my friend, a local gospel drummer, Elijah Burton.”

Cash was motivated to embark on his iLL Opera project, both by the birth of his two children and the politically charged times that we are currently living in. It brings together both political and social commentary in order to provide a unique point of view on our current world. The story takes place during a time when only the most sensational acts receive any acknowledgement. Jaqx is mostly an introvert looking for attention from OSO whom he finds mesmerizing. To pursue her, he must sacrifice everything good about himself and through falling prey to his seductions, the journey towards them may end up costing him everything. After composing the music, Cash began a search for the perfect visual collaborators which he found in Connecticut artist Rich Smith who understood his vision and turned the opera into a graphic novel. By including the visual elements, Cash felt that he could reach a whole new audience and tell a story in a whole new way.

With still four more episodes to go, Cash’s iLL Opera is still unfolding in front of our very eyes and perhaps even helping to reinvent how we are to experience music in the future. 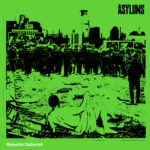 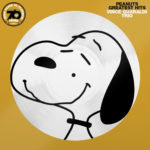