Based out of Whittier, CA, Hollow Visions released his first project, The Hangover Mixtape, in 2013. Since then, he has dropped multiple EPs and albums and is now gearing up for an inspired summer with several music releases on the way – including a new EP. His latest release, “BaseHit,” is a collaboration with Sertified that shows the raw, gritty side of the two artists. We sat down to talk more about Hollow’s artistry and recent collaboration with Sertified, as well as what fans can look forward to next.

Where did you derive the name ‘Hollow Visions’ from?

Hollow Visions: “You know I wish I had some deep introspective story about the meaning of the name, but to be honest, I was just high with some friends and at the time I was going by my real name. The word Hollow just kinda popped in my head and visions sort of just came with it. I’m finding more meaning to the name now as my music has progressed, I see myself as a vessel of basic human emotion and I try to represent that to the best of my ability.”

What’s “BaseHit” about? What inspired it?

“At the time ‘BaseHit’ was being written I was feeling underestimated, I had this chip on my shoulder like I had something to prove. I wanted to flex my lyrical ability as well as the ability to create radio-friendly music. I wanted the vibe to represent that Southern Cali feel, a sort of slow bounce.”

What’s your favorite lyrical line in the single? Why?

I loved this line, I felt like it showed off my creativity, it combined talking shit and music theory. Kind of patted my back a bit for this one.

How did the direction for the music video come about? What story do you hope it tells?

“Well, luckily enough I had a director (Ulrik Engesmo) who was able to bring the song to life, and also the location scout (Eric Hernandez) who was able to find the beautiful set which really brought the visual together. As an artist sometimes it’s hard to create a visual representation of your work that can appeal to a larger audience, it’s good to have someone else interpret it. We wanted this video to show the beauty in gritty-ness, to back up the intensity of the lyrics with the bounce of the instrumental.”

You collaborated with Sertified for this single…. How did that collaboration come about and how did it change the song?

“Sertified is an old friend of mine from Austin, TX. He was out in Los Angeles at the time. We were all vibing out in the (East of The River) Studio in Boyle Heights, we were showing each other some of the music we were working on. We came to ‘BaseHit’ and it just seemed right having em on it, I thought it would be crazy to have two BIG Latino men hold it down and make a banger. I feel like you rarely see that nowadays.”

What do you hope fans resonate within your music?

“As a child music was there for me when no one else was, no matter what I was feeling there was a song for that putting my emotions into words for me. It made me feel as if I wasn’t alone in the world, and that’s what I want my music to be for my fans.”

As an all Latino trio, how are the current conversations of racial oppression in America affecting you?

“These are things we’ve always known to be true, Latinos have always had to struggle for their place not only in society but in music as well – especially hip-hop. The country is finally catching on and noticing the power minorities hold, Latino Spending Power is real, and we want to represent that. The current state of things have just inspired me more.”

How do you think this movement will change the music industry?

“The music industry has been changing for years now, artists are in more control than ever with streaming sites, YouTube, Instagram, etc… We now control our narrative and no longer need big labels to save us. I just hope to see more diversity in mainstream music in the years to come.”

“I’m currently working on a new EP with Pigeon Beats (@pigeonbeats) that should be out by the fall, as well some singles I plan on releasing in between then and now, I want to flood your feeds, make people have to see me.” 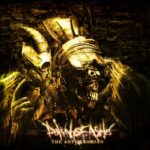 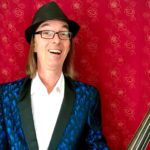