Formed in 2000, the Californian extreme industrial outfit Dawn of Ashes – a metaphor for the ‘beginning of an end’ – rose to popularity with their striking effort, Sacred Fever, in 2005. The record utilized horror-based electronic music (also known as Terror EBM or aggrotech) and industrial influences a la Ministry and KMFDM to create a harrowing, bass-riddled soundscape. The band shifted towards melodic black metal in 2010’s Genocide Chapters, a sound which would later be incorporated as they shifted back to their electronic roots.

After a breakup period from December 2013 to their revival in 2016, 2017 saw the release of their ninth studio effort, Daemonolatry Gnosis, which further accentuated their black metal appreciations and symphonic seductions. 2019’s The Crypt Injection II (Non Serviam) saw the outfit return yet again to their industrial and electronic tendencies. Now, in 2020, Dawn of Ashes is ready to embark on their latest offering – The Antinomian – on July 10th via Artoffact Records. With a discography so varied, switching directions nearly every record, what can be expected from album number 11?

To answer that question immediately, Dawn of Ashes has maintained the heavy industrial sound which has permeated throughout most of their discography. A densely distorted bass synth leads us into “Pawns of the Wretched” – a marching stomp with an abundance of energy and malevolence. It sets the record’s tone and intent to explore humanity’s downfall as it follows its leaders. Pounding mechanical drums maintain a steady, typically EBM/industrial stride a la Combichrist, with vocalist and composer Kristof Bathory’s low growls aiding the sound well. This is further amplified in the colossal crush of “Sleep Paralysis,” which picks up the tempo and uses disorienting horror samples for shock effect which suits the track incredibly well. Bathory’s more black metal rasps here show they’re not finished with their symphonic journey; mixing it with industrial works brilliantly.

While discussing the inspiration for The Antinomian, Bathory says, “We are witnessing a critical era where a mass amount of human beings follow a herd mentality. Corruption is all around us and our leaders are the ones who are planting this seed. Society is full of mindless machines who live their lives to bow down to the wretched ones. Hollow and empty there is nothing inside.”

His words ring true throughout; the record is by no means a light trip. It’s drenched in darkness and maintains a negative outlook, with the dystopic, distorted tones of “Dried Up” assisting in creating this morbid, deprived air that resonates with the core themes. “Scum of the Earth” creates a similarly in-your-face feeling of corruption, manifesting a vision of mechanistic, industrial dystopia with its deep, resonating bass tones, clanging snares, and macabre samples. Other tracks – such as “Mind Prison” and “Follow the Pain” – feel like clear outlets of frustration and pessimism towards the global arena and attitudes surrounding it, with disorienting synths and electronica aiding the creation of an intense atmosphere.

While industrial is the naturally the permeating theme in Dawn of Ashes’ latest effort, they do step outside of this boundary from time to time. “Follow the Pain,” while initially drenched in EBM, rather abruptly switches to a symphonic lull midway and towards the end, allowing the listener to take a breath from the preceding barrage and the band to demonstrate their maintaining love for melodic metal sections. While these lulls are more jarring and sudden than gradual and impactful, they do add a nice level of pace to the record.

More diversity and exploration of these elements would have been exciting, however, as the tracks do blend together in places. The incorporations of dungeon synth, gutturals, and blast beats here and there succeed in adding a touch of freshness to the industrial beat which can easily become stale and monotonous. The record’s final offering, “The War Within,” initially feels like a crushing closer, but fluctuates between gargantuan riffs and static/noise which dramatically dampens the overall impact.

The Antinomian is a strong return to Dawn of Ashes’ roots, delivering pure shocks to the system with grinding, distorted riffs, catchy synths and pounding beats. While it may not be as experimental as their previous efforts, nor arguably as dramatic as their melodic black metal influences, they create a dystopic image of our relationship with global leaders which sparks thought. Perhaps more integration of their black metal side – which is incredibly expressive, original, and would blend well with EBM – in future releases would be an exciting avenue to pursue. Whether this will happen is another question, but with The Antinomian they’ve strongly demonstrated that they’re far from over making solid, memorable music. 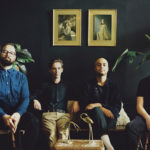 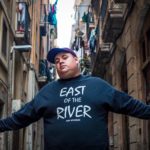