If you understand his history, you could say that young Corey Cray was born to be a performer. The evidence is not only found in his past, but also in his present as the self-described trap-pop artist known as GHOS7 (pronounced ghost). With a collection of new songs in hand, GHOS7 is ready to start turning some heads with the release of his new mixtape Wait On Me. Composed of eight tracks, Wait On Me is chock full of club and hip-hop beats with soulful R&B and hip-hop-influenced vocals layered over top.

While the title track “Wait On Me” is a more recent creation, many of the songs on the tape go back a few years to when life was very different for the artist. Some of them were written at a time when GHOS7 was homeless, desperate for something positive to happen in his life. “Wait On Me” represents a turning of the page in his life, with the song written and recorded after he had finally hired a manager and moved into a house with a proper recording studio.

In providing some more insight on the writing of Wait On Me, GHOS7 stated, “It’s a collection of my songs that are anywhere from four years to two months old. Some of this music has been on my computer for a long time, and I felt I just needed to get it out there. I feel like it shows my versatility and where I have grown as an artist over time.”

Born in Charlotte, North Carolina, GHOS7 yearned to perform from a very young age. After a trip to see Oliver! as a child with his mother, he realized that the stage was where he wanted to be. Eventually, he emerged as a child actor and singer, performing on Broadway tours and appearing on children’s television shows including The Cartoon Network’s Fried Dynamite! After moving to Los Angeles, he pursued an acting career which didn’t quite shape up the way he wanted it to which led him to move to Nashville and more vigorously pursue his first love, music. GHOS7 quickly found his footing as a musician, making valuable connections with local rappers. It was through these connections that he met hip hop star Young Buck who actually gave him the name GHOS7.

Choosing to go with music as his career of choice was one of the best decisions GHOS7 has ever made. With his mixtape in hand and a lot of important relationships formed, he’s ready to spread the love and further establish himself as an artist you need to know. 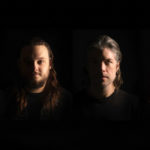 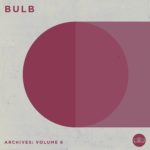