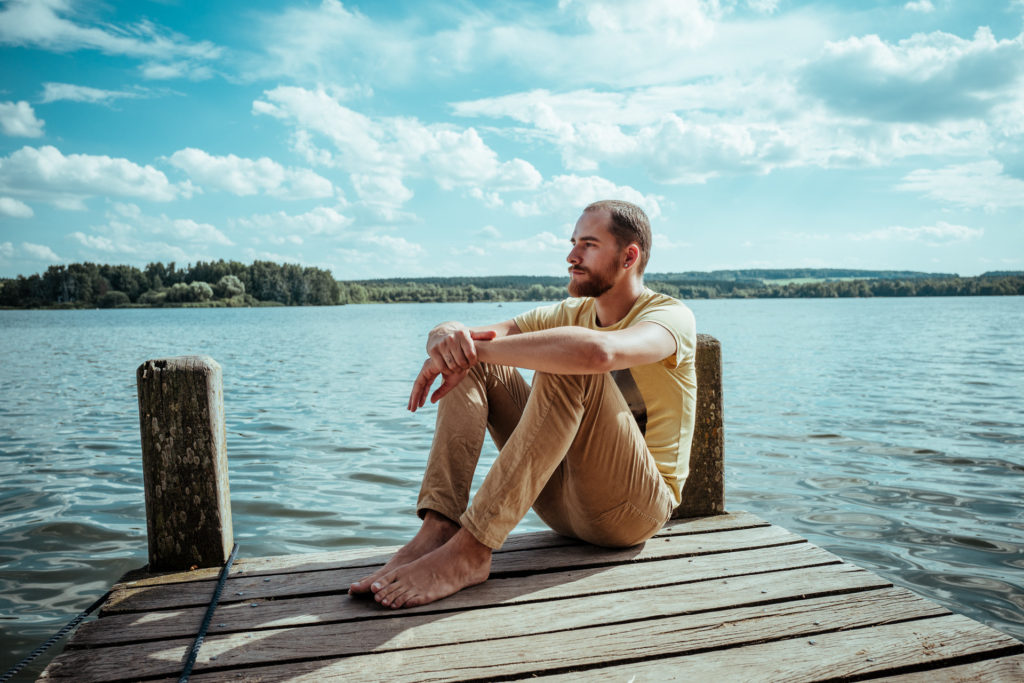 As of late, the world has been moving very fast, so how about we reel it in and “Take It Slow” today thanks to the positive vibes found within Michael Lane’s brand new single and music video. Due out on June 19th via Greywood Records, “Take It Slow” is meant to offer some hope and confidence in a trying time where it’s become more challenging to focus on the right things.

As such, Lane urges you to reflect on what really matters and use it to lean on in these times of great panic and uncertainty. It’s not hard to detect the encouraging tone of Lane’s upbeat folk-pop and his reassuring lyrics like “just take it slow, the sun will show you where to go, trust your heart can help you see, I have seen the light inside of me.” “Take It Slow” is well in line with Lane’s generally positive outlook on life and the hopefulness he has maintained even through very trying personal times.

Sometimes we lose sight of the important aspects of our personal lives, but luckily we have individuals like Michael Lane to give us a straight-up reminder to get our heads together. With regards to “Take It Slow,” Lane commented, “(the song) describes many aspects of what really makes us who we are. Life doesn’t have to be a race to riches and success. It’s not the physical that’s the most important thing in life, but the spiritual realm that guides us home to our inner true self. Clothes, money, our status in life, are things not important to the heart and soul. This is all a dream.”

It’s quite admirable that Lane maintains such an attitude, considering the fact that he is one of the tens of thousands of young American men who have been deployed to Iraq and Afghanistan. Being forced into such difficult situations offered Lane an up close and personal view of the harsh realities of being caught in a war-torn country in which he didn’t belong. While many men return from war and have a very difficult time readjusting to a regular, everyday life, Lane poured all of his emotions into his music which became his outlet for expressing what was on his mind and the experiences he had been forced to endure. With such an honest approach, it wasn’t long before he began amassing a decent-sized audience who have taken to Lane’s music, with two top 5o songs on the German charts, four studio records released, and several international tours.

With these trying times now behind him, Lane has emerged a better person who certainly has his priorities in order. If “Take It Slow” is any proof, then Lane has rediscovered his joy and his peace of mind.