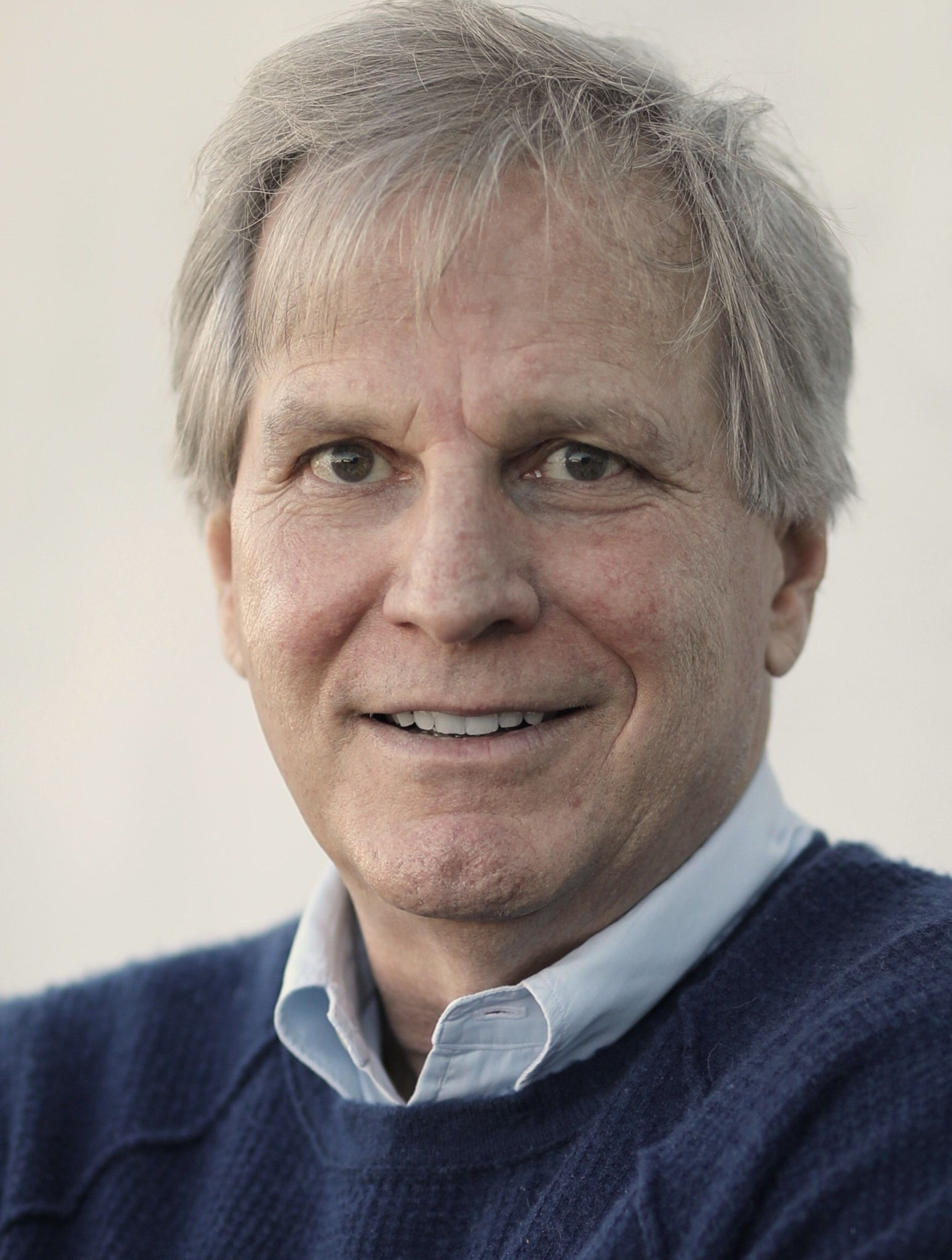 Initially released in May of 2000, director Ridley Scott’s Gladiator is currently celebrating its 20th anniversary. Winner of five Academy Awards (including Best Picture) Gladiator is a rare example of impeccable storytelling and breath-taking action sequences. Russell Crowe took home an Oscar for Best Actor in a Leading Role for his portrayal of Maximus, a Roman general who is betrayed by corrupt prince Commodus (Joaquin Phoenix) and ultimately comes to Rome as a gladiator to seek revenge.

Without knowing the film’s story, Scott signed on to build a Roman Empire saga that would go on to be regarded as one of the best films of the 21st century. Director Ridley Scott was shown a 19th-century neoclassical work of art that convinced him to direct Gladiator. That painting was Jean-Léon Gérôme’s “Pollice Verso;” a depiction of a triumphant gladiator in a ring facing a crowd with their thumbs turned down, signifying the victim’s imminent death blow. Gladiator would go on to take in over 460 million dollars globally off of a budget of just over 100 million dollars. Steven Spielberg and his film studio Dreamworks signed on to produce, with principle photography taking place in Malta, England, Italy, and Morocco.

The June 16th release of this new 4K Steelbook includes access to a digital copy of the film and both theatrical and extended versions of the feature on 4K Ultra HD, along with two separate commentaries. Gladiator brings all of the Blu-ray’s special features on the pair of included 1080p discs. Included on the UHD are two cuts of the film: Theatrical (2:34:59) and Extended (2:50:56). The UHD carries over the commentary with Ridley Scott, Pietro Scalia, and John Mathieson (Theatrical version) and Ridley Scott and Russell Crowe (Extended cut). Both of these films and commentaries are available on Blu-ray disc one. Visions from Elysium: Extras like Topic Portal; Strength and Honor: Creating the World of Gladiator; Image and Design; The Aurelian Archives; and the Abandoned Sequences & Deleted Scenes are all intact on this new reissue.

Gladiator producer Doug Wick fielded a few questions regarding the 20th-anniversary reissue of the film. Enjoy the audio for this interview, along with the following interview transcription.

Thanks for taking the time to do a bit of a bit of interviewing around this great film.

I watched it again this week, and it holds up so well. It could have been made and released last year, and you’d not know the difference. Can you talk a little bit about what it was like being a producer on a film of this magnitude? Would you consider it your hardest project ever?

“Probably the most complicated, although in a lot of ways, it was just a long journey. It started with (producer) David Franzoni coming to me with the idea of setting a moving in the Roman arena. And basically, with research, that seemed like an exciting idea. So you always start off with some point of origin or some point of excitement. It was a long, arduous road with a million challenges, and part of the job of a producer is to try to keep some eye on navigating as you hit each bump because there’s just constant speed bumps. So, for example, when the script wasn’t working enough (but was promising), how do you get another writer in a way that continues to evolve it as opposed to going sideways. So there’s a million challenges like that, and this is really one where most things went right.

You know, if you picked the wrong director? I’ve done that on movies. We had a promising draft of the script, and we went to Ridley Scott, and he joined very quickly. We basically showed him a painting; a 19th century English painting of the Roman arena, and he really committed off that because he just immediately said, ‘That’s a world I want to put on film.’ So there’s a million challenges, you know, when casting, we didn’t want to have a conventional movie star like Mel Gibson in a leather skirt. We felt like the audience would just be thinking about Mel Gibson and not about Maximus. So the fact that Russell Crowe actually existed. Because it’s hard to imagine the movie with a different actor. That’s another place that you sometimes get lucky.

And you know, two-thirds through shooting (actor) Oliver Reed died. So then, to have that not ruin the movie and somehow find a pathway to complete that performance, and how you do that without reshooting the whole movie? So it’s a million challenges. I think I look back on it as just a particularly brilliant group that remained constructive and was more than the sum of its parts.”

How different is a producer’s role from film to film, Doug? How far out of your “job description” do you find that you go on various projects?

“Well, usually, on something like this, I’m starting from the first conversation about; ‘Is there a movie to be made in the Roman arena?’ And then figuring out a story with a writer. So it’s always a very long haul. Often, many years, sometimes with many re-writes until you solve it, and then lots of things don’t work. So yeah, it’s a job where you better have patience.”

Is there a certain thing that you feel that you learned being involved with Gladiator that you’ve pulled forward onto other projects?

“I would say one lesson is, when possible, work with Ridley Scott (laughs). And I would say just the combination of always saying, ‘Can you work with a whole bunch of talented people and make it a constructive process?’ The first studio I went to with the movie said, ‘swords and sandals are dead, and you’re wasting your time.’ So part of being a producer too is just also trusting your gut, believing, and persevering.”

Interestingly, one of the things that I was going to ask you was whether you felt Gladiator could be made right now, but I understand that there’s a sequel that may or may not be in the works, so…

“Yeah there’s a sequel plan, and that’s once again back to the writing. We all respect the original too much, that unless we can get something great on paper, we won’t do it, but we’re trying.”

What does the Hollywood producer do during a global pandemic?

“Other than worry about the rest of the world? I’m incredibly active because the most fun part of my job is working on the stories. So it’s a great time with less time pressure to work on the five to ten projects we’re working on. So you’re doing Zoom (calls) with writers and reading pages and drafts. It really gives you a chance to try and bring the script up a few notches before you get into the world of trying to get them made.”

When you’re out socializing with friends, and someone says, “Give me a story about making Gladiator?” What’s your go-to? What’s the one that comes to mind first off?

“There’s so many. Obviously, I love movies. It was probably being in Malta and walking around a set with hundreds of extras on a block of Ancient Rome with everyone in costume. We were on the set, and someone had a football, and I was tossing the football with Russell, who was in his wardrobe. And the reason we were tossing it is he was doing a scene with the tiger, and we didn’t want to proceed because the tranquillizer gun wasn’t there yet. So we were waiting for the tranquillizer gun for the tiger and tossing the football on the set of The Coliseum with all of the extras. And it was certainly a moment where I said ‘this is a pretty good job.’”

What gets you excited about doing a movie? You’ve worked on so many different genres and styles of films, I’m curious, what brings you to them?

“It’s always that I love the big screen, so it’s just different versions of magic. As you start to work on something, say it’s Memoirs of a Geisha; ok, if we do that world creation of 1930s Kyoto? That will be amazing, and that’s a great Cinderella story. So it’s always just what might end up being magic on the big screen. World creation; performances, all the tools, and what would maximize those.”

Can you elaborate on an element of your involvement on Gladiator, something that you confronted or contributed to that altered a component of the film?

“I would say something I’m proud of was starting with the story as just a flow of research. Making the lead a Roman general, a man at the top of society at the beginning of the movie instead of at the bottom. That was also just knowing enough about movies to know that everything is a journey of the protagonist, and it’s a lot more exciting to go from riches to rags then from rags to rags. You learn a lot of lessons along the way of what to look for.”

My final question is, someone asks you, ‘how do I become a big-budget movie producer?’ What do you tell them?

“Control material. Either learn how to write a great script or option a book. That’s the currency. That’s the Monopoly money. So do that, and you could do it.”

In Conversation with Bury Tomorrow: Davyd Winter-Bates on ‘Cannibal,’ Measuring Success, and Metalcore