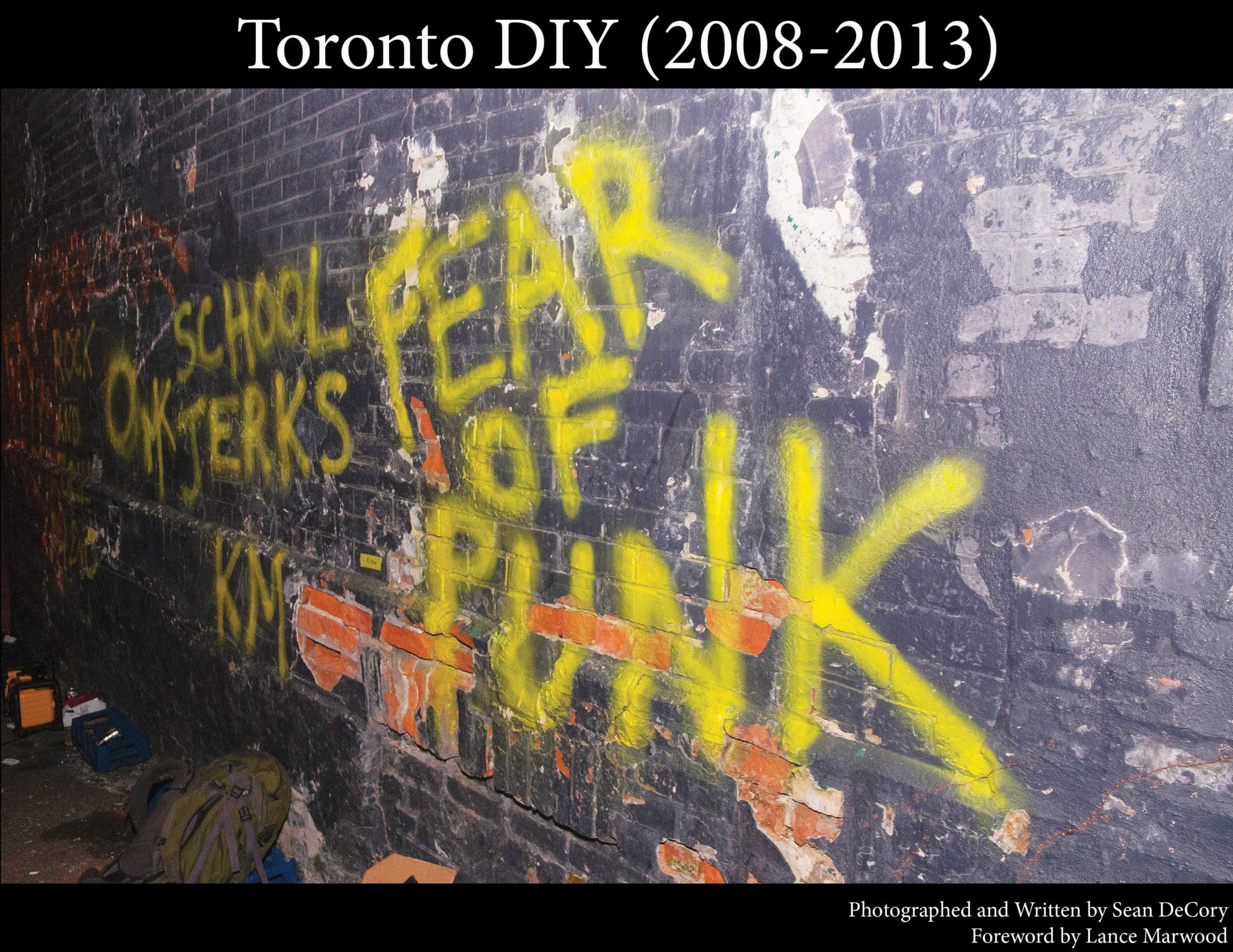 The debut photo book by Toronto photojournalist, Sean DeCory hones in on the chaos and tumult of punk in all its myriad forms. The book, entitled Toronto DIY: 2008-2013, captures the harsh and often brutal hardcore punk/DIY scene in the time between 2008 and 2013.

We caught up with Sean to ask some questions about the background behind the lawless, anarchic scenes displayed throughout the photo book, and also tried to tease out more of how he created the book. You can purchase the book for yourself right here.

First off, what got you into photography?

Sean DeCory: “Music is probably the short answer. I always loved the pictures in Circus and Revolver magazines in my early teenage years and pasted my favourite band photos all over my bedroom walls. My friend brought a disposable camera at a show at The Opera House when we were 15 and being the tallest, I was able to get the best shots of the stage from the crowd. My mom bought me my first Nikon Coolpix for my birthday that year. By the end of high school, I would throw shows in my mom’s basement just so I could take photos and my friends’ bands would have a place to play.”

In the intro of your book, you point to the show where The Endless Blockade was opening for The Straw Man Fallacy at Siesta Nouveaux as the one that “started it all.” What’s your memory of that night? What changed for you after that show?

“I had never been to Siesta before and had no idea where I was going, I don’t even remember if I had come to the city for that show or if I just happened to be at the Broahus, but Zach said we should go and I just followed him with my camera, so Zach is the real hero here I guess. The Endless Blockade was great, but when Straw Man came on to play their final set it was like watching a grenade go off in an elevator. It was an intensity that I had never experienced before and was probably craving at the time. I got right into it with my camera in hand and had a blast. When I went through the photos after I remember being so excited. That show gave me an introduction to Siesta Nouveaux and a lot of people in the community and really set me on the path the resulted in this book.”

The book is a visceral window into now-defunct venues and the shows they hosted, which you managed to capture during that time. What was it like at these shows?

“It really depended on the show. First of all, it was a lot of fun. Whether you were seeing someone you know play their first show ever or seeing a touring band play to a packed, sweaty and aggressive crowd, it was for the most part, a good time. Jay and Lynne really fostered this amazing, be respectful, yet anything goes type of environment that allowed every show to be its own thing and allowed the bands to be as interactive as they saw fit. Shows at the Brohaus were a totally different, just pure house shows. Small crowds in small rooms. Maybe 30 people could fit in that kitchen/basement and I am still blown away that I got to see bands like Monarch and La Dispute play there.”

“Favourite camera ever, at least nostalgically, is the Nikon D300 which took probably 80 percent of the photos in the book. It was a beast for me and put up with a lot.” 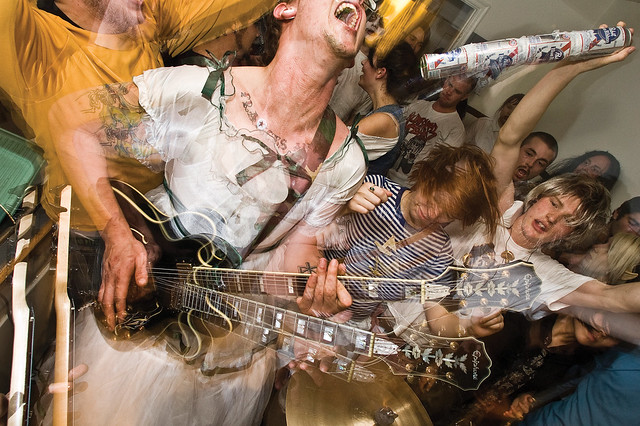 Now I’ve seen you in some precarious positions with your cameras over the years. How do you keep your gear safe?

“Yes, I can be pretty rough on my gear. A strong comfortable strap is always important to avoid drops and falls. I have gone to a lot of shows and done a lot of tours and never had anything stolen or broken during a show, but that’s probably just luck. I have had many bumps and close calls with guitar heads so probably not the best person to talk about keeping gear safe.”

When I got my hands on the first draft for writing the foreword, I was blown away by how much I started remembering. Once familiar faces in once familiar settings. How do you feel, looking back on these photos and the work you’ve put into publishing them?

“It feels good to finally have a physical record of these places available to everyone, whether they were there or not it is great to see people’s reactions flipping through the book. A lot of good memories but also a little regret about some shows/sets that I missed or didn’t photograph.”

I know you have been using quarantine to make this book possible. Given all your efforts (as well as Maxx’s editing chops), what has the response been like so far?

“Amazing. I was prepared to be underwhelmed and I haven’t been.”

Is there anything you wish you’d taken a photo of but didn’t or couldn’t?

“Oh my god, yes! Number one being Creeper’s final show ever at Soybomb.”

What was the wildest or most difficult show you’ve ever photographed?

“That is a very hard question. Some shows in the Brohaus basement, my lens would get completely fogged up and impossible to use. I’d also have to say Burning Love at Soybomb during Not Dead Yet was one for the ages.”

What has been the most challenging part of getting to where you are now?

“Well, I am not quite sure where I am right now and I don’t know if I have faced any particular challenges but I know I wouldn’t have been able to put this book together five or six years ago. I didn’t have the means or the confidence to do so. Around late 2017, I started really wanting to put this together and after a couple attempts I finally came up with something I was pleased with.”

Were there any specific photos you had in mind that didn’t make it into the book?

“Absolutely, it was really hard making edits. I went from tens of thousands of photos to about 350, then edited down to the 160ish that made it in. There were a number of shows like Black Ships at the Brohaus that I wanted in the book but the photos just, kind of, sucked or didn’t add anything.”

What’s next for you? What do you want to focus on going forward?

“Well, life is on hold at the moment. I was supposed to go on a tour with Pale Mare this spring but that obviously didn’t happen. I was supposed to be heading to Italy this summer and that’s not happening. So I have no idea. Working on the book took a lot of work and attention, so I welcomed the lockdown so I could focus 100 percent on this project. Now I can’t wait to go explore with my camera again and hopefully find some new projects!”