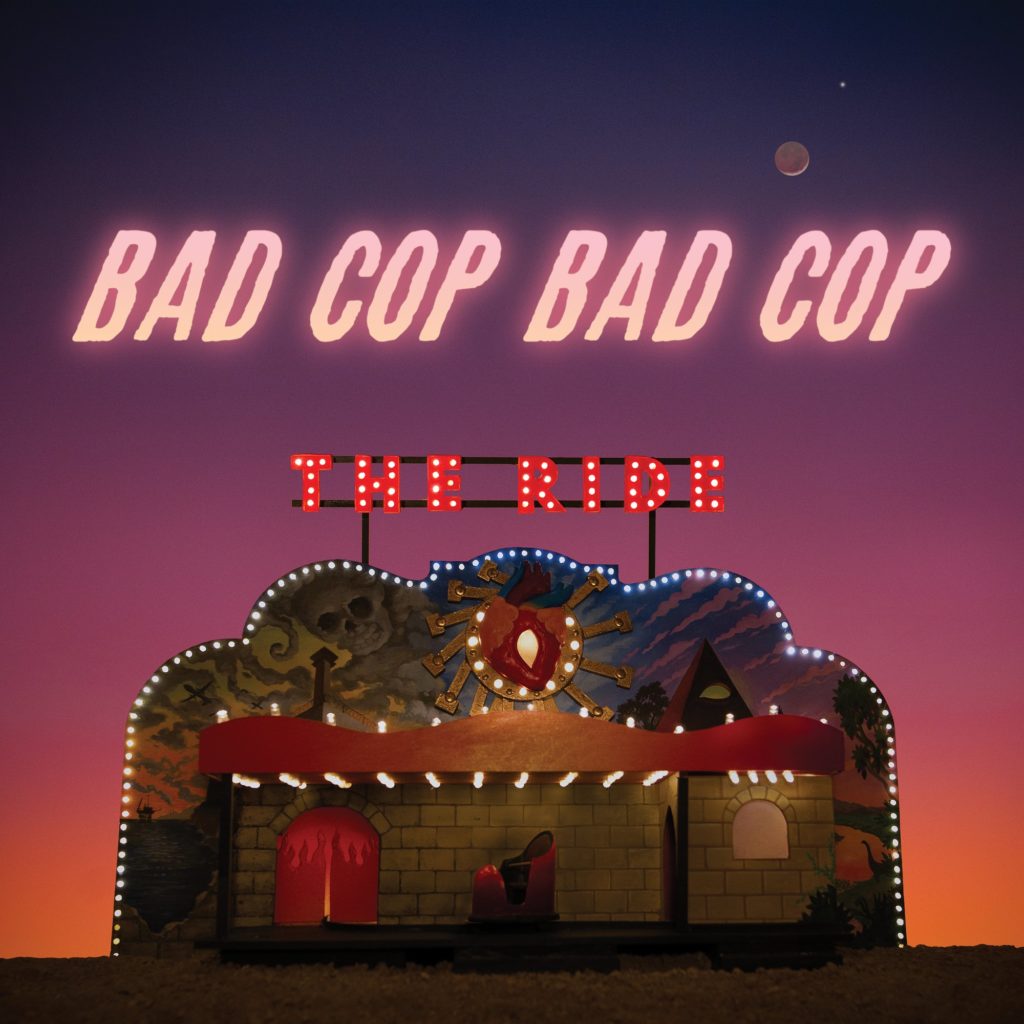 You remember that moment in The Green Mile when John Coffey (played by Michael Clarke Duncan, RIP) tells Paul Edgecomb (Tom Hanks), “I’m tired of people being ugly to each other”? Well, The Ride, by SoCal all-gal quartet Bad Cop / Bad Cop, is kind of like that.

Their previous album, Warriors, garnered critical acclaim and a massive uptick in their fandom due in large part to the virulent and enraged response it had for the roiling political and racial tension following Trump’s election. That release, while still in the same vein as their previous efforts, managed to rise above the chaos and add its own concise, albeit still pop-punk version, response to the madness.

The Ride, in contrast, is an album that comes at a similar time, albeit with an entirely different angle. As guitarist and vocalist Stacey Dee explained herself recently, the record comes from a place of self-acceptance and positivity. Being faced with death in several forms herself in recent years, the necessary work she had to engage in shines through across the twelve tracks.

Fans will be overjoyed at the result. The beauty of the words, the expression of sincerity, the gorgeous riffs and sweet melodies and harmonies the band are infamous at playing: it’s all there and, in many ways, more amplified than ever. If you are happy to accept something positive onto your turntable, if you have the courage to stand strong and choose to love yourself and be positive about change and have the enthusiasm for living life, even while you take a stand against injustice, then this is the record for you.

“Simple Girl” follows in their previous aesthetic, both audibly and visually, encouraging strong and empowered women living their best lives to contribute to the video. The song itself is bold pop-punk in the ‘90s vein that the group have been mining to noteworthy effect since their inception back in 2011. The rest of the catalogue are anthems about overcoming obstacles, whether they be death itself or bigoted politics.

With all that said, what is sweet to some can be sickly to others. When a global pandemic that is disproportionately killing racial minorities and police brutality has reared its ugliest form yet, the exultant tone may be a hard pill to swallow for some. Nowhere is that divide likely going to occur than on closer “Sing With Me,” a pop and gospel ballad. But then, when something this sweet is done this well, and things are this dire, maybe it’s time to choose something with soul.