Everyone, gather around… We are about to tell you some more Tales of The Tomb. But participate at your own risk as things could get little scary…

That’s the fault of Tales of The Tomb and their brand new guitar playthrough video for “Mermaid in a Manhole.” The video gives you an intensely up close and personal view of Corey Skerlak’s elaborate finger work as he riffs his way through three intense minutes of molten metal shreddery. The song is one of the key tracks on the band’s latest EP, Volume Two: Mendacium, which saw its release this past September. The songs that compose the album have a consistent theme throughout; an exploration of narratives regarding government cover-ups, lies and the atrocities carried out within the dark. “Mermaid in a Manhole” is the album’s bonus track, a song about the 1988 Japanese horror film of the same name.

Skerlak has provided some context for the filming of the “Mermaid in a Manhole” playthrough, explaining how it all went down during a trip he took to Japan. “Our song ‘Mermaid in a Manhole’ is about one of the Guinea Pig horror films that came out of Japan. I had already visited Japan once and was able to visit the ESP Custom Shop and Production Shop in Japan. So when I had the opportunity to go back again I thought it would be cool to try and film a playthrough for this song while in Japan, since it was about a movie from there.

“I reached out to ESP Guitars asking if they could provide a guitar for filming this playthrough. Thankfully they did! So the next night we went out and found this grim spot by a river in Tokyo and thought it was a good setting to represent the song’s dark and brutal nature. It was an amazing experience and I could not thank the amazing people at ESP Guitars for allowing me into their killer facilities and even providing a guitar for this video! Thanks ESP!”

Formed in late 2013, Tales of The Tomb look to supernatural horror, conspiracy and real-life terror to inspire them through their pieces of metallic art. They look back to the days of 1990s death and murder metal which motivated them to continue the tradition through the manufacturing of the most extreme music they are capable of creating. Skerlak has been most inspired by Chicago extreme metal innovators Macabre who have been responsible for bringing murder metal to the forefront of the heavy metal culture. Tales of The Tomb are best known for their grinding blast beats and menacing growls that sounds like music that is coming to you straight from hell below. Volume Two: Mendacium is the follow up to the 2015 debut Volume One: Morpras which put Tales of The Tomb on the extreme metal map.

If you have an appreciation for hard music, fantastic guitar playing, and menacing and ominous lyrics, then you’ll find a lot to appreciate with Tales of The Tomb. 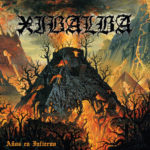 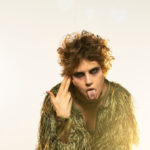