It’s been a while since we stared into the “Mirror Mirror,” so why don’t we take a look again? And, what’s that? What do we see? Well, we once again see As Strange As Angels; this time sporting their new music video for “Never Broken.” The new single is set for release on May 15th, but why wait when you can experience it now? What’s more, if you’re looking to overcome some adversity, and by god aren’t we all right now, then maybe you can take something positive from “Never Broken.” The band presents the song as an anthem for overcoming personal hardship and refusing to allow it to break you down. Clearly, “Never Broken” fits itself perfectly within the context of our current global state of affairs.

Singer and guitarist Norman Matthew provided some context and behind-the-scenes details regarding how the single came together. “‘Never Broken’ just came together on the spot with producers and co-writers Chris Dawson and Jimmy Beattie. It was magic really! One night I was driving to the studio not knowing what was going to come out and left town the next day with quite literally with magic in my hands. We captured feelings and emotions in the moment. It was quite beautiful. A perfect storm. ‘Never Broken’ is our anthem for overcoming adversity and not letting life and the things that happen in it break you down.”

Matthew has been extremely active since the release of Mirror Mirror last spring, which was followed up with the December issuing of the Reimagined EP which featured acoustic versions of all the tracks on Mirror Mirror, in addition to a very original cover of The Cure’s classic “Pictures of You.” It’s refreshing to see an artist such as Matthew succeeding at his craft, particularly because he’s a man who has overcome a lot himself.

After a hiatus of his last band Murder FM in 2016, Matthew focused on living a quieter life where his son would be his primary focus after he had gone through a divorce. During this time, he also began operating his own music school called The Sound Foundation while still writing music on his own. The lyrics that came out of him at this time were mirroring his own life which motivated him to carry on with a musical career and become a voice for those who require one. With that personal fire now reignited, Matthew is going to continue on his own musical path. He’d love it if you came along for the ride. 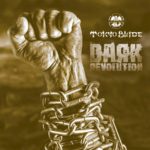 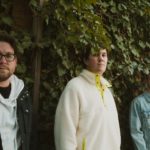 Yearning for Something “Better”? Check out TIOLI’s New Song! [Premiere]