Let’s add some upbeat pop to liven up your Sunday; we’re offering you something “Better” than you were expecting for today. We are talking about the new Detroit pop group TIOLI and their brand new single “Better,” an instantly likable earworm that is one of those “play-on-repeat” kind of songs. It’s an uplifting listening experience that feels like a very modern alternative pop track while retaining some of the classic qualities of the sub-genre.

Well-known producer Jonathan Espinoza (Red Jumpsuit Apparatus) lent a helping hand in assisting the group in taking “Better” to an even higher level, with its polished production and positive energy.

TIOLI guitarist Jason Marr explained the background behind “Better” and offered some insight into what the song is all about. “‘Better’ is about having the hope that something good could become something great, and the willingness to take a chance on it. It’s about the rush of feeling excited about something, and having the ambition for an even better future if you just go for it. This song was produced by Jonathan Espinoza, mixed by Ernesto Olvera (Diplo), and mastered by Randy Merrill (Lady Gaga).”

Although they are still a relatively new creation, it hasn’t taken TIOLI long to start making their mark in their local area of Detroit, Michigan. Singer Ben Awrey, guitarist Jason Marr and bassist Robert Schmidt had all been writing and playing together for a few years, but hadn’t made it official that they were actually a music group until they officially formed TIOLI. All that was really missing was the name and now that they’re officially a “thing,” TIOLI is going to be hyper-focused on spreading their pop seed as far and wide as possible. 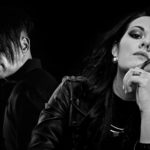 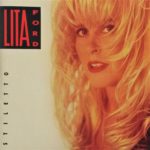