Straight from the Land Down Under, all the way to the City of Angels comes Between Kings. This week would have been a very special one for the quartet, with the release of their second album, Young Love, originally scheduled for April 24th, but, as a result of the coronavirus pandemic, that date has now been postponed. And it’s not because the band didn’t think it would receive enough buzz and attention; they were simply unable to complete the record in the studio prior to the pandemic-related restrictions being increased.

As disappointing as that has been for Between Kings, they have still delivered for their fans with the new EP, Antidote. Produced by Jimmy Messer (AWOLNATION, Kygo, Kelly Clarkson), the EP is named after the new “Antidote” single which has been rising on the Alternative Radio charts. This is the first new release from the group since their 2018 debut, The Escape, which showcased their arena-ready choruses and emo-punk dynamics. Young Love will demonstrate Between Kings’ progress as musicians with synths and hip-hop beats new to the band’s sound. No new date has been set for the release of their sophomore offering, but they hope to release it by the fall.

With Antidote now here, we spoke with Between Kings’ singer Nic Machuca for our latest edition of UnCovered about the interesting new EP artwork, working with the well-respected Alec Strickland who created the cover art, and his all-time favourite album cover.

Nic Machuca: “The album artwork for our EP represents life, death, love and pain. We wanted to convey some of the main themes in the music and I think we have captured that emotion you hear in our music in the album artwork thanks to Alec Strickland.”

The album cover for Antidote is crazy-cool. Tell us about the artist and how you found him/her?

“Alec Strickland is such a talent with his art. He has done tour and album art for some of our idols (Foo Fighters, Iggy Pop, Jimmy Eat World to name just a few). It was an easy choice so we approached him and asked for his take on the album and he was down to work with us.”

Please elaborate on the medium(s) used when creating the art. How was the artwork created?

“We sent Alec a few pieces of art we liked. I remember one of them being the artwork for the film Annihilation. We also sent photos of things like flowers and faces to represent some of the themes we liked. Alec did his thing and we are lucky enough to have his art as our album artwork.”

What were the partnership dynamics like? For example, was a specific look given, or did Alec have full free range?

“Besides sending Alec a few references we liked, we wanted him to have full artistic freedom to do his thing. It really only took one or two drafts. We were so happy with the artwork and felt like he nailed it.” 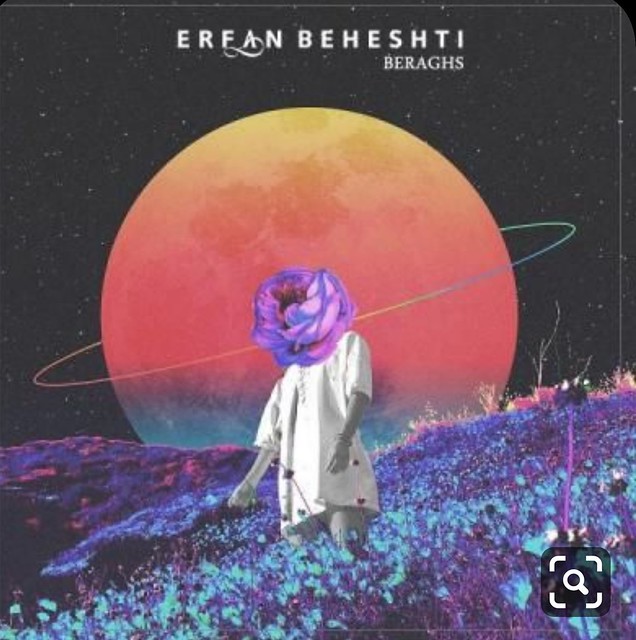 Would you consider Alec, in a sense, an additional band member, or someone contracted for just this piece?

“The artist is like a member in the sense that he/she has to interpret what the band is singing and playing about. None of us are very visually artistic so we relied on Alec to bring it to life visually. If Alec is ever down to do live art shows to our music, he knows where to find us!”

Did Alec hear the whole album beforehand? Or, what kind of input did you give him?

“We sent Alec the demos, I believe, so he could get an idea of the feel and mood of the album. This sort of prevents you getting a heavy metal album cover for a pop album, so we felt it was important for Alec to hear the songs. After that, he ran with his ideas and we love what he came up with.”

“Yes! I bought Red Hot Chili Peppers’ By The Way when I was a kid just because of the artwork. The music was just as good and it became one of my favourite albums and it influenced my songwriting and helped me get into music.”

“When I used to listen to old records and albums, I would sit down with the album art as I listened to the music and would read the lyrics as the songs played while browsing the little booklets that we used to get. It was such a big part of my listening experience and I think that may have changed. We still get to look at the album art on our screens but there is something to holding the physical album that was special. Maybe that’s the way it will be with album covers on phones too though. Who knows. The album art is so important because it reflects the music. When I think of great albums, my head jumps straight to the album art it came with so it is definitely important.”

“We want them to get a feel for what this album means to us personally. This album deals with some very personal themes. Themes that might not necessarily link together. It’s about emotions us as humans deal with. We think the album art captures that perfectly.”

“Alec Strickland is definitely up there with the greats. I think John Berg (Bob Dylan, Simon and Garfunkel, The Byrds) is also amazing. There are so many great artists to choose from!”

“I think the pros to non-digital is that feeling of ownership we used to get. That ‘this one is mine’ feeling. I also think that digital is good for artists in the sense that it is easy for people to find more art. I used to have to do some serious digging to find out who these artists were and to find more of their work. It’s more accessible than ever. I think both are great.”

“I would have to say I like designs that are simple and don’t have borders personally. That’s just the type of merch I like to wear though. If the artwork is good, chances are the merch will be great too. I think bands like Nirvana and Pink Floyd nailed it. There are still kids rocking that art today.”

“The album art is a great reflection of the themes on our album. It captures that human emotion and the feelings we get when we are in love, angry, happy, sad. It matches the music perfectly.”

How do you think the album art will affect the listener’s perception of Antidote?

“Hopefully the album art will enhance the listeners experience and amplify it. We wanted the listeners to be able to listen to the music and look at the art and get the vibe of the package as a whole”

Is the art for Antidote related at all to your previous album cover artwork?

“This album art is completely separate from our other albums. We wanted a fresh piece of art for a fresh album. The themes and vibe of this album differ to some of the music we have made in the past so it is quite different from the last album.”

When it came time to come up with artwork, did you give guidance to Alec as the artist or was this just a natural brainstorm?

“We pretty much sat down and looked at other pieces of art that we liked and that fit with the theme of our music and brainstormed concepts. It was more of a natural conversation between us just going through the different ideas we liked. We also looked at artwork we enjoy ourselves from movies to books to albums and came up with a few images to send to Alec. He ran with it all and created some great art.”

“I like the fact that it is somewhat abstract. I think it leaves room for personal experiences and input by the listener. All of the pieces of the puzzle are there to be found and it’s up to the listener to find them and take away what they want from it”

Did Alec work on any art for the album besides the cover?

“Yes, we have a second part of the album coming out in the near future that Alec did to accompany the first half. We can’t wait for the whole album to drop so we can show you everything we have been working on and Alec’s amazing designs.”

“I think The Killers album Day and Age is my personal favourite album art of all-time. It might be my own nostalgic feelings but I think the artwork takes the listener right into the music perfectly.” 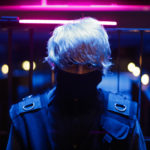 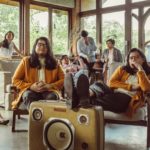