Nashville-based Americana/folk duo, Marvin & Gentry recently released a video for their single, “Blue Skies, Blue Eyes,” one of a slew of collaborations the pair did with the late Dan Peek of the band America. The song, proceeds of which go to benefit those affected by the recent Nashville tornadoes, is lifted from the twosome’s recently remixed and remastered album, Peace Revisited.

The video itself was shot by Jim DeMain and Price Harrison at Nashville’s Sputnik Sound during the mixing sessions of Peace Revisited.

Ken Marvin commented on the video saying, “We both loved America from the time they first released Homecoming. To this day, when I’m working out harmonies, I still try to channel America, Crosby, Stills & Nash or Art Garfunkel.”

Gentry added, “Along the way we formed a close relationship with Dan Peek, who was a founding member of America. Dan had already left America and was a successful solo artist in the Christian market. He had recorded a couple of our songs (one of which went on to make his Greatest Hits Collection). He liked what we did, and we ended up working with him until his untimely death in 2011.” 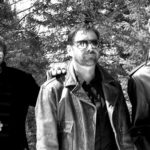 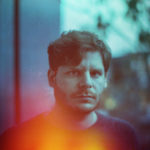 Cozy Up with Venus Furs’ Latest Single “Living in Constant”