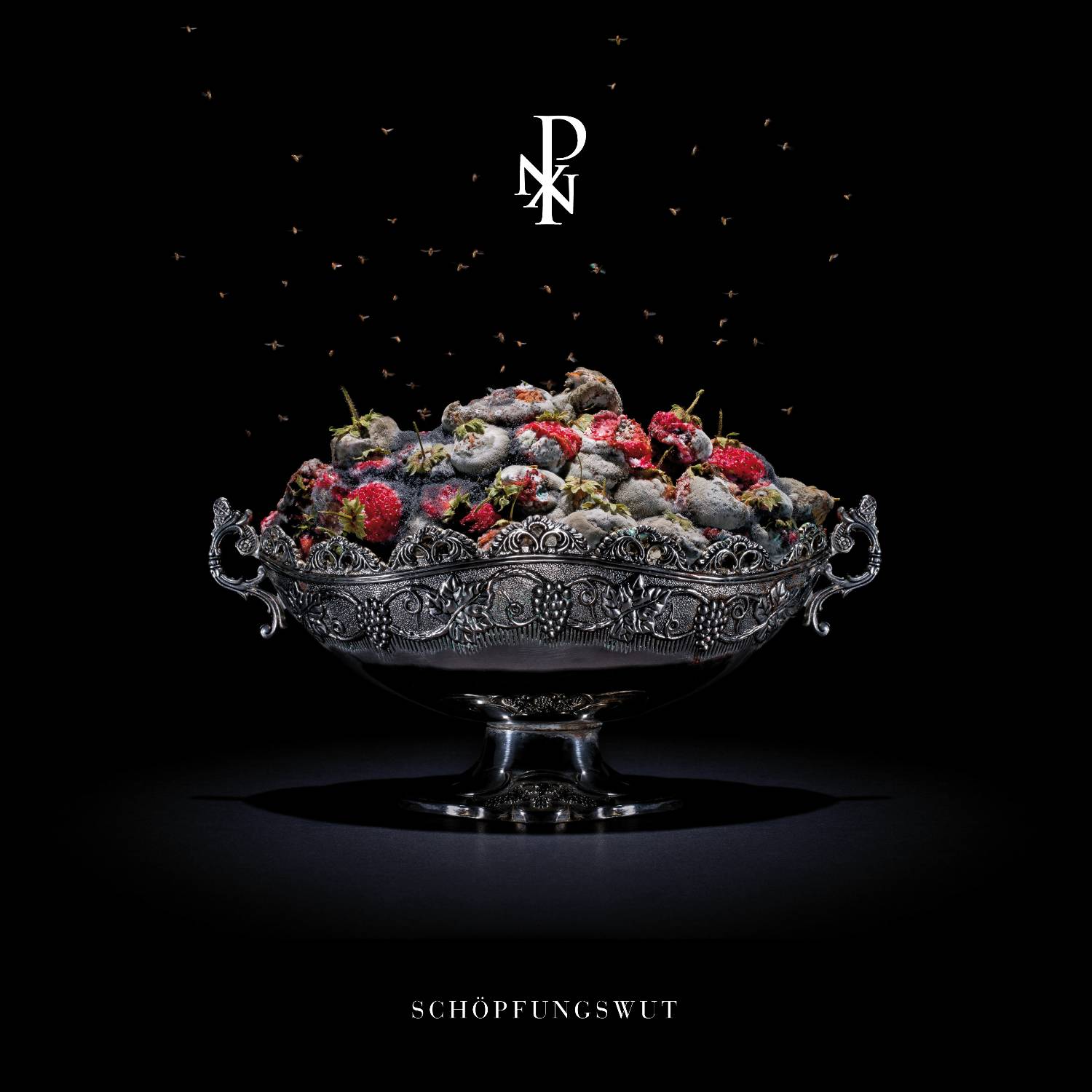 Every now and then a record comes along that ticks all my reviewer requirements: challenging, thought-provoking and darker than the hyperpigmented innards of an Ayam Cemani chicken. Germany’s Porta Nigra manage this in spades on Schöpfungswut, their third full-length and the first they have produced for Soulseller Records.

Why challenging? Simply because the music defies categorization: while Porta Nigra’s overall style and back catalogue have them occupying a place in the black metal archives, this latest record is not something I can comfortably label as black metal. Sure, there are blast beats and tremolo riffs developing an icy atmosphere, but the impression I’m left with is closer to post-punk. The ambitious, experimental approach Porta Nigra employ calls to mind the likes of Cabaret Voltaire more than Mayhem, while the gloom and doom aspect is more in keeping with Joy Division than Nocturnal Depression. Even the vocal performance – counterpointed duets with vastly opposing styles, harmonies on the clean sections, choruses – is a far more progressive methodology than is usually found in black metal. So yes, challenging is absolutely a defining characteristic. In fact, another challenge it presents is finding any act crafting anything similar – and the closest comparison I can find is Russian hipster black metal outfit, Haze of Summer, who likewise blend pop sensibilities with black metal tropes to create something unexpected.

The full album stream may assist you in making up your own mind.

Then we get to thought-provoking. Porta Nigra’s back catalogue (2012’s Fin de Siecle and 2014’s Kaiserschnitt) dealt with fairly intellectual concepts – European decadent literature and the reign of Kaiser Wilhelm II – interpreted through the vehicle of avant-garde black metal. Schöpfungswut (literally, the ‘anger of creation’) breaks this tradition of the concept album and instead attempts a more song-by-song approach – and the result raises more questions than it answers. Part of the historical charm of Porta Nigra was its conceptual eclecticism and one has to wonder whether a similar approach may have stood the band in better stead than this. While there is an undeniable stylistic connection between songs, the thematic link (mere ‘mythology’ doesn’t quite cover it) is tenuous and the album suffers as a consequence. Sure, it’s good to listen to, but it’s not quite as engaging as a holistic art piece.

Thankfully, Schöpfungswut may be the darkest Porta Nigra album yet, and that’s its saving grace. While each track is better treated as an individual rather than as part of a greater whole, each one is a profound exercise in anguish – such as the tortured, haunted moans ending “Die Kosmiker.” “Das Rad des Ixion” perfectly captures fantastic torments as a metaphor for the futility of existence, while “Die Entweihung von Freya” is itself something of a literal desecration in its morose, dour treatment of the topic. The album closer, “Schöpfungswut” is a bit of a disconnect itself, though – while dealing with rage as a central theme, it presents one of the prettiest – for lack of a better word – melodies on the album, and one that reinforces my classification of the record as a post-punk outing.

Check out the lyric video for the single “Die Augen des Basilisken”:

So, while Schöpfungswut may not be the best record Porta Nigra has produced, it is still one of the more engaging review experiences I have enjoyed recently and, as a result, one of the more memorable records I’ve spent time with lately. While its stylistic departure may raise eyebrows among existing fans, it is still a great piece of post-black or even avant-garde extreme metal that can easily stand alongside the likes of Thy Catafalque or Sigh.