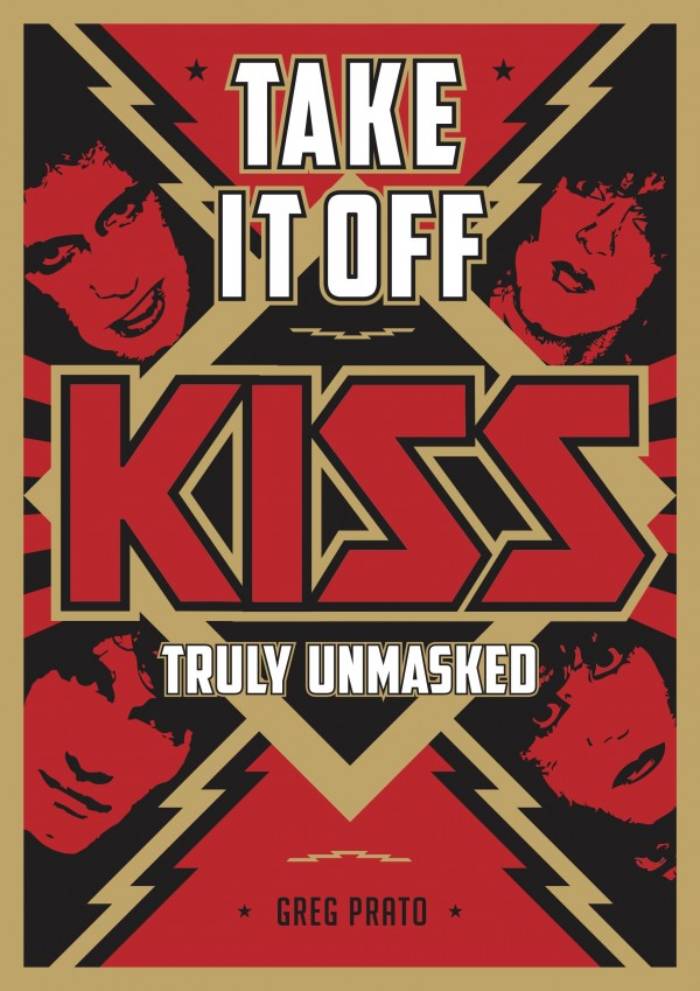 To say that KISS is an “iconic” rock band, would be to suggest that Bill Gates merely is a “wealthy” businessman. Now spanning 45+ years, the amazing, fire-breathing, blood-spewing KISS story has been told in near-countless books, from multiple perspectives, by an array of authors. However, in his latest book, Take it Off: KISS Truly Unmasked, prolific author, Greg Prato takes readers down a road less traveled.

Led by founding members, Gene Simmons and Paul Stanley, KISS have reinvented themselves several times since their 1973 inception. But given the enormous international success they attained — the larger-than-life, superhero status they achieved during the ‘70s, one could reason logically that the band’s classic, original makeup incarnation would be the version revered universally. Uh, not exactly. And to the delight of many, Prato dissects KISS’ oft overlooked ‘80s and ‘90s eras meticulously, one record and one tour at a time.

World renown rock star and wrestling champion, Chris Jericho, sets the stage perfectly, penning the book’s passionate, personal foreword. As a rock-crazed teen growing up during the aerosol-sprayed ‘80s, Jericho was one of the many dedicated KISS diehards who only discovered the band after they had dropped their trademark face paint. It’s the non-makeup KISS configuration Jericho still identifies with best. And apparently, he’s not alone.

Prato has the experience and knowledge to be a “ball hog,” but he possesses the wisdom not to. Instead, he offers what KISS fans crave most, by allowing big names and insiders to do much of the heavy lifting. In fact, Take it Off is driven by fresh, first-hand accounts from those who know the band best and who were there to experience this period of KISStory personally. From members of Def Leppard, Judas Priest and Anthrax to Rush, Whitesnake and Heart, the red carpet roll call of rock stars weighing in is truly impressive. And the crisp, unfiltered commentary offered by the procession of celebrated authors and music journalists, including Curt Gooch, Julian Gill, Martin Popoff, Katherine Turman and the great, great Eddie Trunk brings additional cred to the game.

For many, the reading experience is deeply personal, and the author bares the responsibility of delivering a payoff. In that regard, Prato succeeds famously. Take it Off is exhaustive — entertaining and informative — a solid piece of work, to be sure. The print format is a particular treat — from the eye-catching cover to the 16-page color photo gallery, it looks, feels and reads like you got every penny’s worth of the admission price.

In sum, as someone who has read copious KISS books, I can recommend Take it Off highly. Bursting with rapid-fire minutiae, fueled by fascinating insights and brimming with unique conversation, it’s a “must” for those of us who just can’t get enough of “The Hottest Band in the Land.”

Tough to argue that “Heaven’s On Fire” ain’t hot!

The Dollyrots – ‘A Little Messed Up’ [Retro Album Review]