Maryze is a bilingual singer/songwriter currently based out of Montreal, originally hailing from Vancouver. She has a haunting pop-R&B approach to music that conjures up an intimate universe. Her material blends sensual beats with thoughtful lyrics touching on mental health, sexuality, and feminism. Be it in the studio or live on stage, Maryze sounds excellent, and “Bad Bad Dream” easy illustrates this.

Maryze’s 2018 debut single “B.O.Y.” climbed the Spotify charts, holding a spot on the Viral 50 Canada chart for its first two weeks of release. She recently released the EP Like Moons, and her subsequent tour dates all over North America showcase an artist eager to reach the hearts and minds of new listeners.

Maryze (Maryse Bernard) took some time to talk with us about her new song, amongst a few other topics last week. We present that interview here. Check out her material on Apple Music, and Spotify.

Check out the sensual sounds of “Soft,” the recently-released music video from Maryze’s Like Moons EP:

Can you talk a bit about Mouth Breather, and how you wound up collaborating on this new single “Bad Bad Dream?”

Maryze: “I met Mouth Breather around the Montreal music scene last year. We’re both originally from British Columbia. He sent me the beat for ’Bad Bad Dream,’ and the dark vibes inspired the lyrics pretty much on first listen.”

Are you an artist that enjoys collaboration? Is this a common thing for you?

Maryze: “I really love collaborating with other artists! I often do it long-distance with producers in other cities, which is a pretty cool process that requires a lot of back-and-forthing, and strong communication. On my debut EP Like Moons, I worked with producers in four different cities.”

How easy is it for you to work with another artist?

Maryze: “It feels super-natural working with like-minded artists and creating a vision together. When everyone’s engaged and cares about what you’re creating, some pretty amazing and surprising things can come of it. It brings out all sorts of ideas you wouldn’t have thought of on your own. It’s a good exercise in communication/listening/learning too.”

The preamble I read on this single says you have had sleep paralysis for a while. Is that a form of anxiety? Something like a panic attack? What have you done over the years to combat it?

Maryze: “I started having sleep paralysis as a child after my grandma died. I guess it was the first time I really experienced stress, and it triggered this strange sleep disorder. Ever since then, it pops up whenever I’m going through a lot of anxiety, especially during significant life transitions (moving out as a teen; breakups; stressful new jobs). Basically, I’m semi-awake but can’t move or make any noise, but I can see various demon hallucinations lurking in my doorway or at the foot of my bed. Sometimes they just watch, sometimes they touch me or even keep me from breathing properly.

It sounds insane, but I have different ’characters’ that visit depending on what I’m stressed out about at the time. In the last few years, I’ve met a number of people who similarly experience sleep paralysis, so exchanging stories has definitely helped normalize the condition. That’s probably the most effective way I’ve found to deal with it, just talking about it and realizing I’m not the only one that goes through it.”

Maryze’s Like Moons was released on April 26th. Check out the artwork: 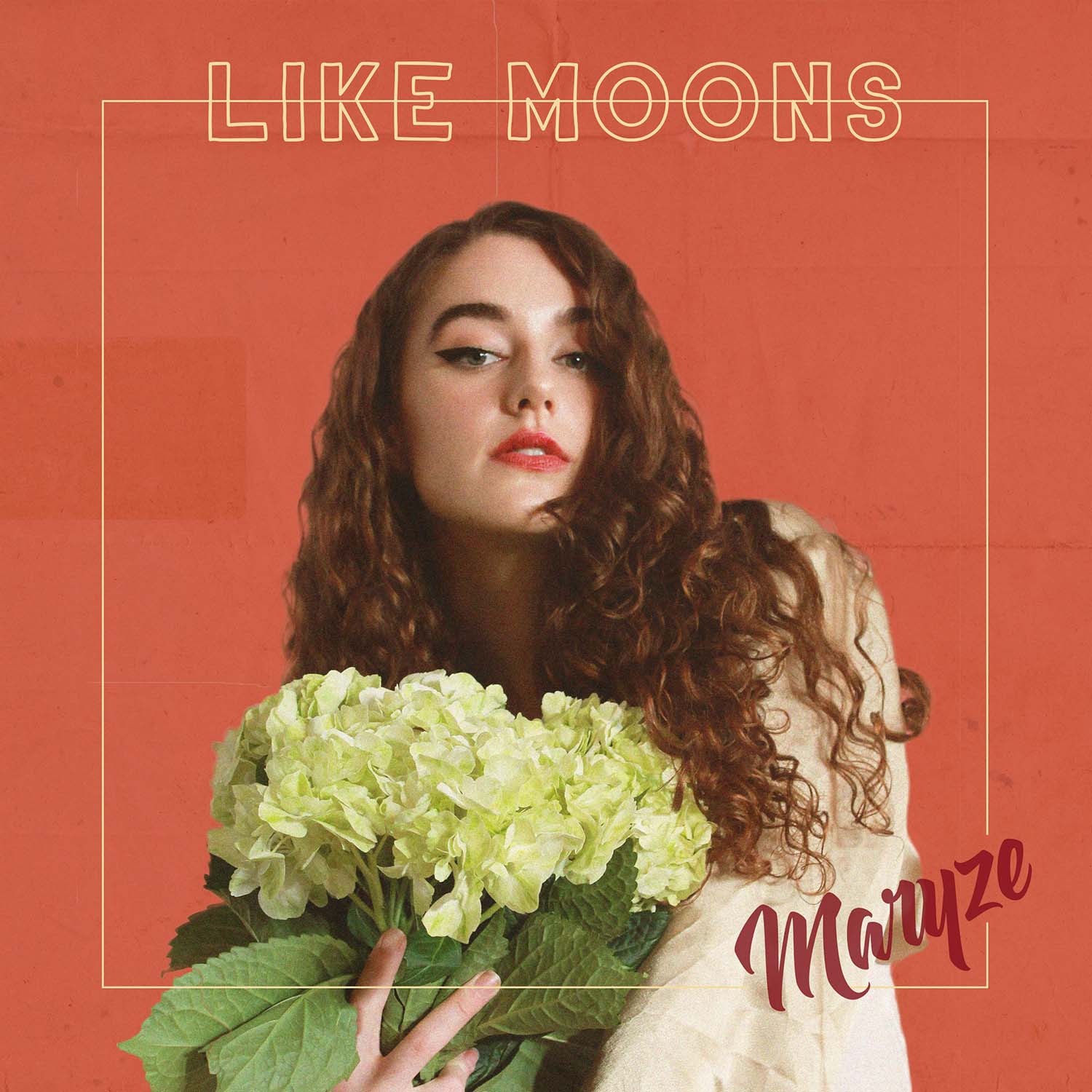 Can you talk a bit about being a young artist in this current musical climate? The things you find comfortable about it? The things you struggle with? How it differs from, say, 20 years ago (assuming you were born two decades earlier and were trying to pursue your craft in 1999?)

Maryze: “I think there are a lot of good and bad ways the music industry has evolved. It feels like young artists have a better chance now to get their music heard since almost everyone has access to streaming services and can share their music online. You can curate and create your image and maybe be more in control of it than before (especially pop artists). However, since less and less artists are working with labels, a lot of us are kind of doing it on our own. It can be a pretty daunting and difficult landscape to navigate. Trying to figure out how to promote your music in the best way possible, who has your best interests in mind, how to say no to opportunities that aren’t right for us, and so on. What’s been super helpful is just surrounding myself with musician friends who all look out for each other and creating our own team. My manager Sarah Armiento (Hot Tramp Management) has been a huge help with those kinds of issues this year.”

What’s your preferred method of writing? At a keyboard? With a guitar? Are you putting lyrics and thoughts into a journal?

Maryze: “Usually, I’m randomly recording voice memos throughout the day that I revisit in the evening and see if there’s anything worth working with! Or I’ll sit down at my keyboard when I’m feeling strong emotions and just see what pours out.”

What is the last television show you binge-watched? What did you like/dislike about it? Were you conscious of the music featured in that show while you were watching it? If so, what struck you about how music was utilized in the series?

Maryze: “I don’t binge-watch often but this summer I could not stopping watching or thinking about Euphoria. This incredible artist called Labrinth did the full original score, and he created themes for each of the main characters that really worked with what each of them was going through. It’s a super emotionally intense show, and I feel the music played a massive role in heightening that. I actually disliked some of the hit songs dispersed throughout the episodes because the score was so strong that they kind of sounded corny in comparison.”

The best concert you have ever seen to date? Why it resonated with you? Did you learn anything from it? Do you find yourself going to concerts looking for inspiration from other artists because you are a musician?

Maryze: “I’ve seen Lady Gaga twice, once for her Monster Ball tour in 2010 and then this summer in Vegas for her Enigma residency. Both times she blew me away! Her ability to connect on a personal level with every member of a huge audience is insane. I do find I learn something different every show I go to; each artist has a unique style of performing and connecting, and I think you can be inspired a lot by your musician peers.”

You released your Like Moons EP earlier this year. Is that digital-only, or is there physical media (CDs cassettes, vinyl) for it as well?

Maryze: “Like Moons is digital-only, but I would love to do vinyl for my next LP. I actually just got my first physical merch ever in the form of stickers featuring the artwork for my new single ’Bad Bad Dream’ by an artist called Princess.”

Can you talk a bit about your writing/plans for the rest of 2019 and into 2020? Will you release more singles, an EP, or an album down the road?

Maryze: “My next release is a music video for my song ’B.O.Y.’ off my last EP, directed by multi-talented visual artist Malaika Astorga. It’s out in November, and it’s one of the projects I’m most proud of so far, entirely created by women. I’m playing a bunch of shows on a mini-tour right now into December, and then I’ll take a bit of a performing break to focus on writing for my first LP that I hope to release late spring!”

Check out this photo of Maryze, taken by Malaika Astorga: 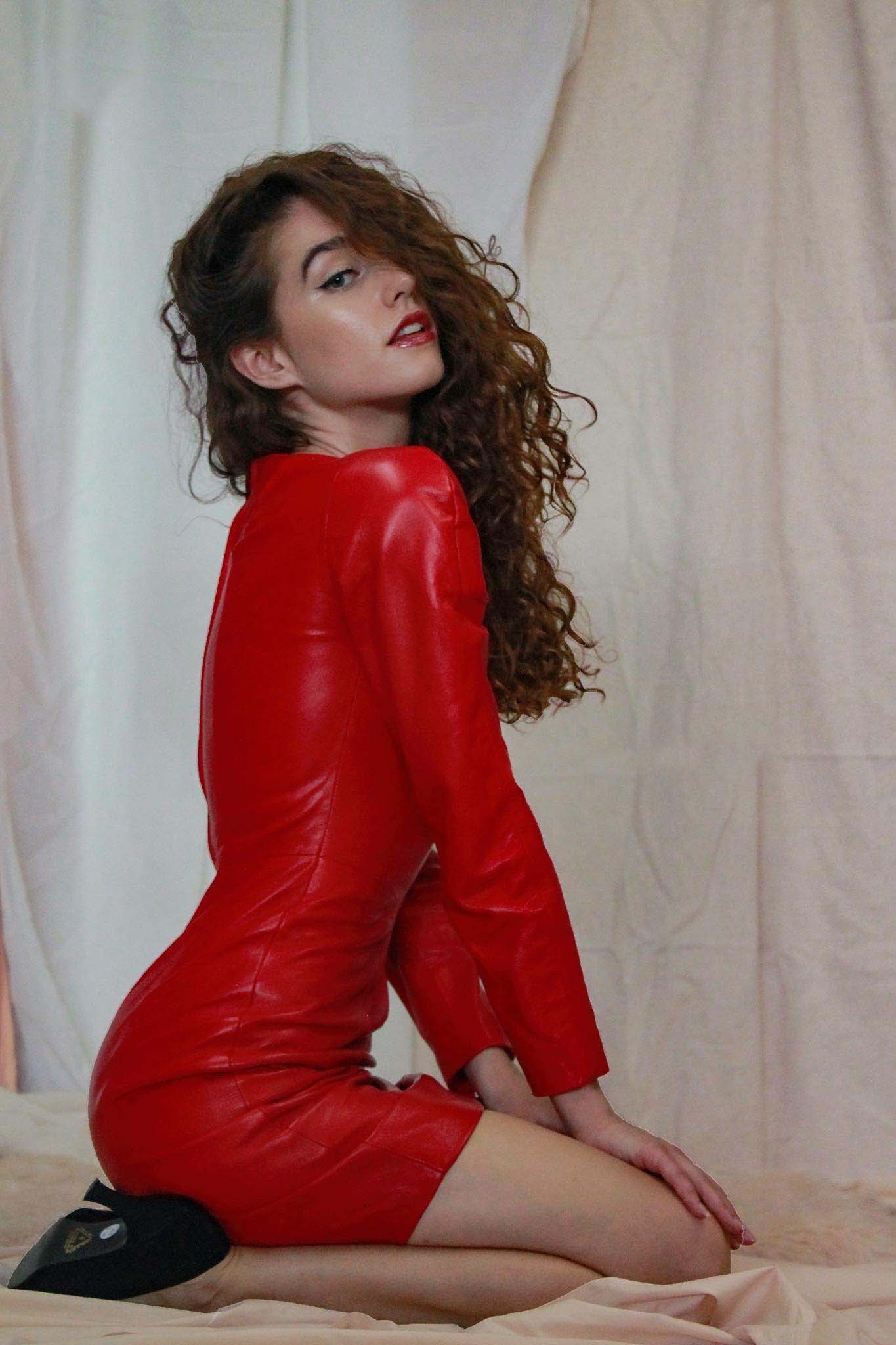