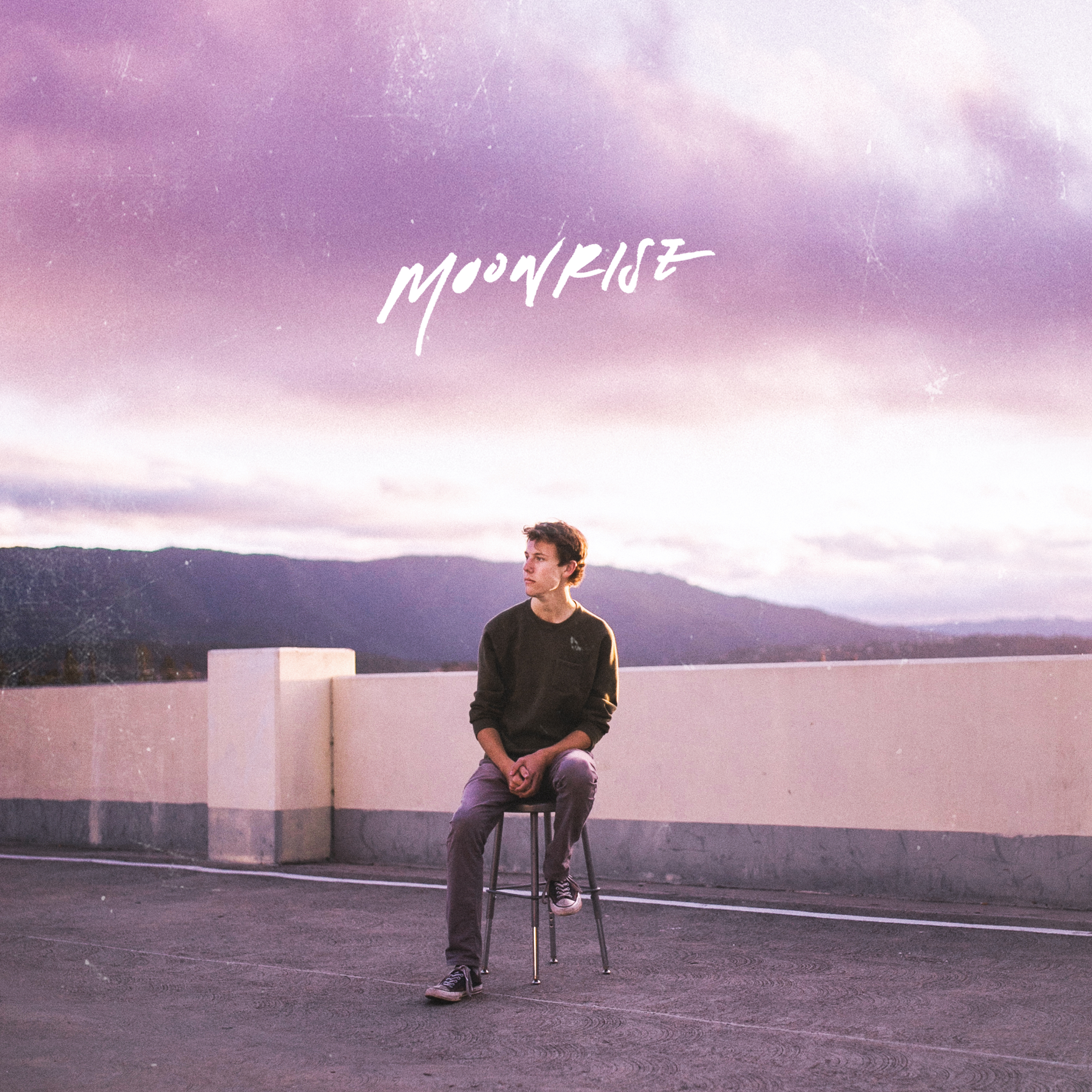 Inside the Album ‘Moonrise’ By Lou Moss

By Christopher Gonda 11/04/2019
0
Share
Share on Facebook Share on Twitter Pinterest LinkedIn Email
Article Views: 223
With an eclectic indie-rock sound that sounds like it was formed on the shores of California back in the prime music era of the 60’s and 70’s, Lou Moss is stepping onto the scene and creating his own spotlight to shine on his second album Moonrise. Moonrise is a masterful creation by the singer-songwriter who embodies a certain “je ne sais quoi” with his gravelly vocals and classic rock musical stylings. Because we couldn’t quite place our finger on what makes this album one of our new favorites, we invited the artist himself to answer a few questions and give us the inside scoop on each song from the album. Read below to check out what Lou Moss had to say and decide for yourself what makes this record an instant classic.

What inspired the album Moonrise?
The album Moonrise was entirely written after the title song, and that song was written with a very good friend of mine about a year and a half ago. She wrote these beautiful lyrics and then I put music to it, and the result was a very colorful, warm, bright song. I wanted to capture that with the other songs, so everything else kind of ties together a sound that I think sounds best during twilight. There’s also a lot of moon imagery scattered throughout the other songs, which was honestly not a conscious effort but rather I think a result of the overall mood I was in. 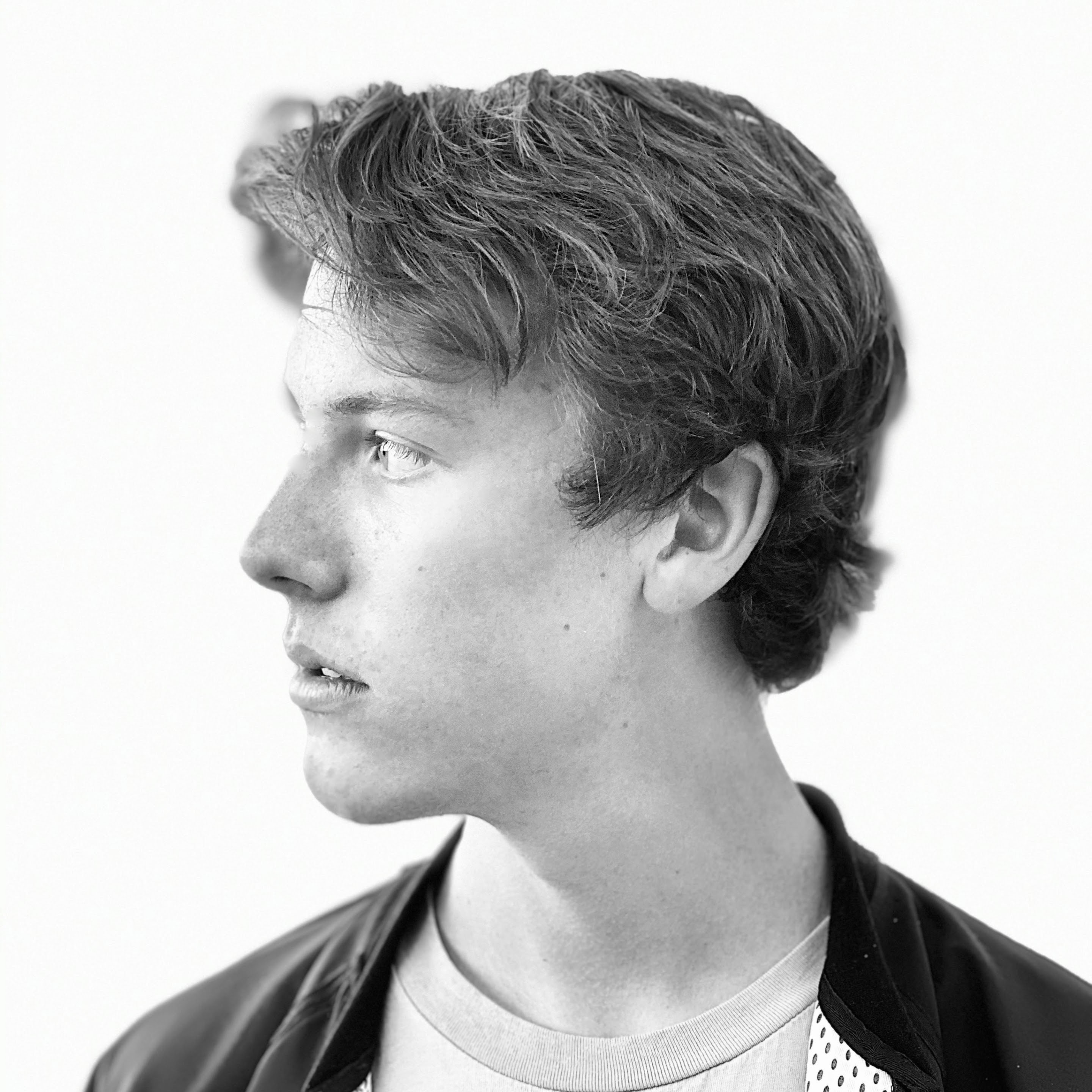 What’s your favorite song from the album?
It’s really difficult to choose a favorite, because I really put everything I had into each one… but I think the title track “Moonrise” has to be up there for me. It has a nice waltzy feel to it, it turned out exactly as I heard it in my head, and when I listen to it I actually think about a moon slowly rising into “bubble-gum skies.” So it’s probably my favorite on the album.
Favorite lyrical line?
I really love all the lines in “Fool On Fire,” but particularly the second chorus where it says “The very ground on which you stand is crumbling again / Or was it just the same as those curtains you tore?” It’s my favorite because I have a lot of literary references and allusions that mean a lot to me personally, so it’s just a good reminder to hear for myself sometimes.
What can fans expect next?
I’m always working on more music (to the point where sometimes I need to stop), and in January I’m releasing a full-length demo album! It’ll be much more acoustic than anything else I’ve done, but the songs are new and they really have a special place in my heart.
Track-By-Track from Lou Moss:
“Fallin’”
I made this song around the end of Christmas season. I was feeling happy about life and generally just felt like I was falling for everything. There’s really nothing special about the lyrics, but I think the sound is very warm and uplifting which I enjoyed making.
“Passing Through”
One day over the summer I was driving around an old neighborhood that I had lived in and suddenly got a surge of nostalgia. My mind started wandering to those places and those times and the result is this song. The phrase “I’m just passing through” is meant to say that there’s lots of different eras in your life, so remember that we’re just passing through them one by one. 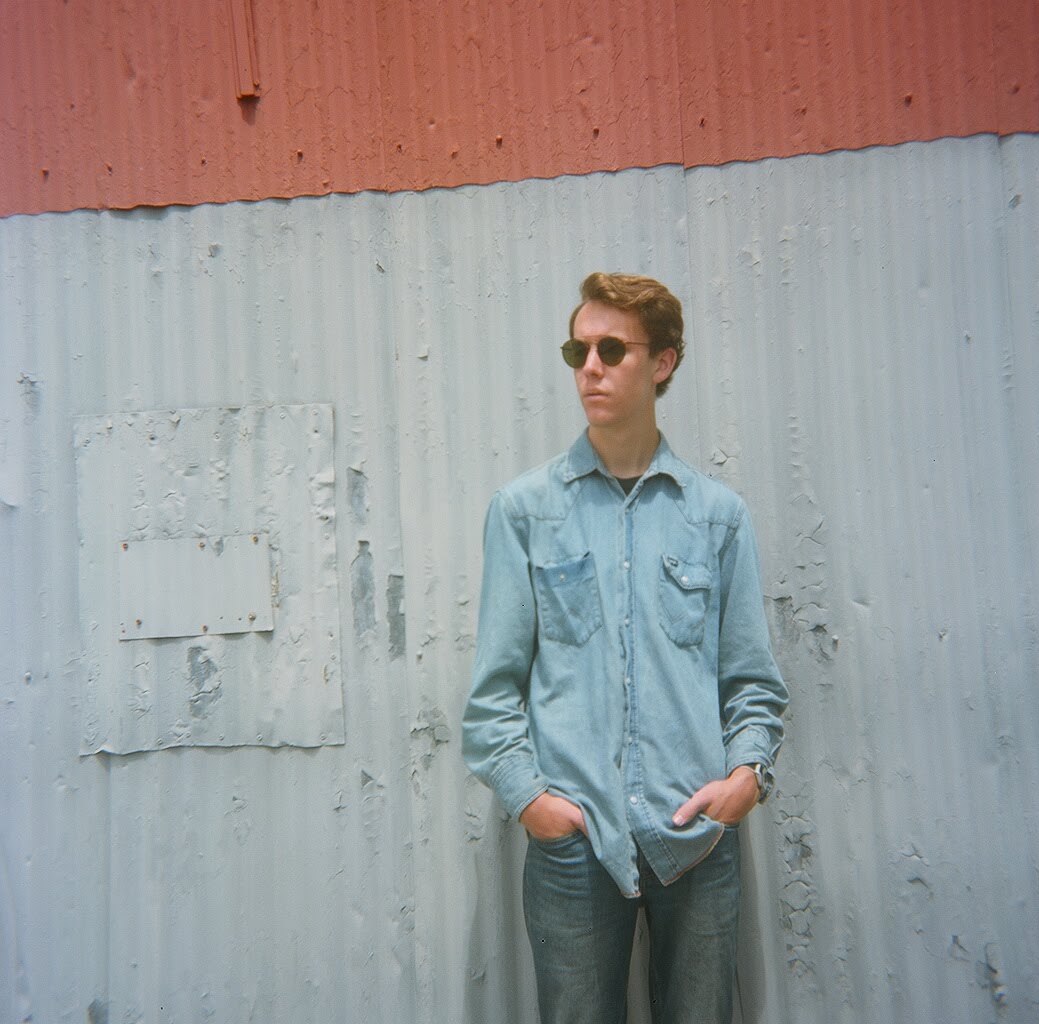 “I Saw An Angel”
This song was entirely from a dream I had one night about my guardian angel struggling to watch over me, so I really wanted a sound that would be heavy but folk-y. I’d also been listening to Bob Dylan’s Rolling Thunder Revue around that time, so I wanted to bring that kind of thing into it.
“Otherwise”
“Otherwise” was really fun to make. The main riff and the song’s sound came from a desire I had to absolutely shred my vocals on a song. I had just rediscovered “Yer Blues” and so I modeled my vocals after that, but everything else just came together instrumentally. When I finished the recording, my voice was absolutely gone and I couldn’t speak. That was fun.
“Paper Houses”
“Paper Houses” originally had words, but when I finished the instrumental nothing seemed to fit quite right. I tried to make the music more lush and colorful, and I ended up with just a sweet instrumental that makes me feel like I’m soaring in the sky.
“Fool On Fire”
I wrote this song as a letter to myself, and it’s kind of the only one, in my opinion, whose poetry stands alone. After I wrote it, I wanted it to have a staggering rhythmic feel, and for the tone to just be a sort of snarl to the listener. Mainly myself.
“Coffee Drinker’s Dilemma”
I don’t really drink coffee that often, but this was about a friend of mine who drank coffee nonstop. I think it’s a dilemma because some say it’s good for you, others say it’s definitely not… so what’s the truth? What do we do without coffee? Who are we if are not coffee drinkers? 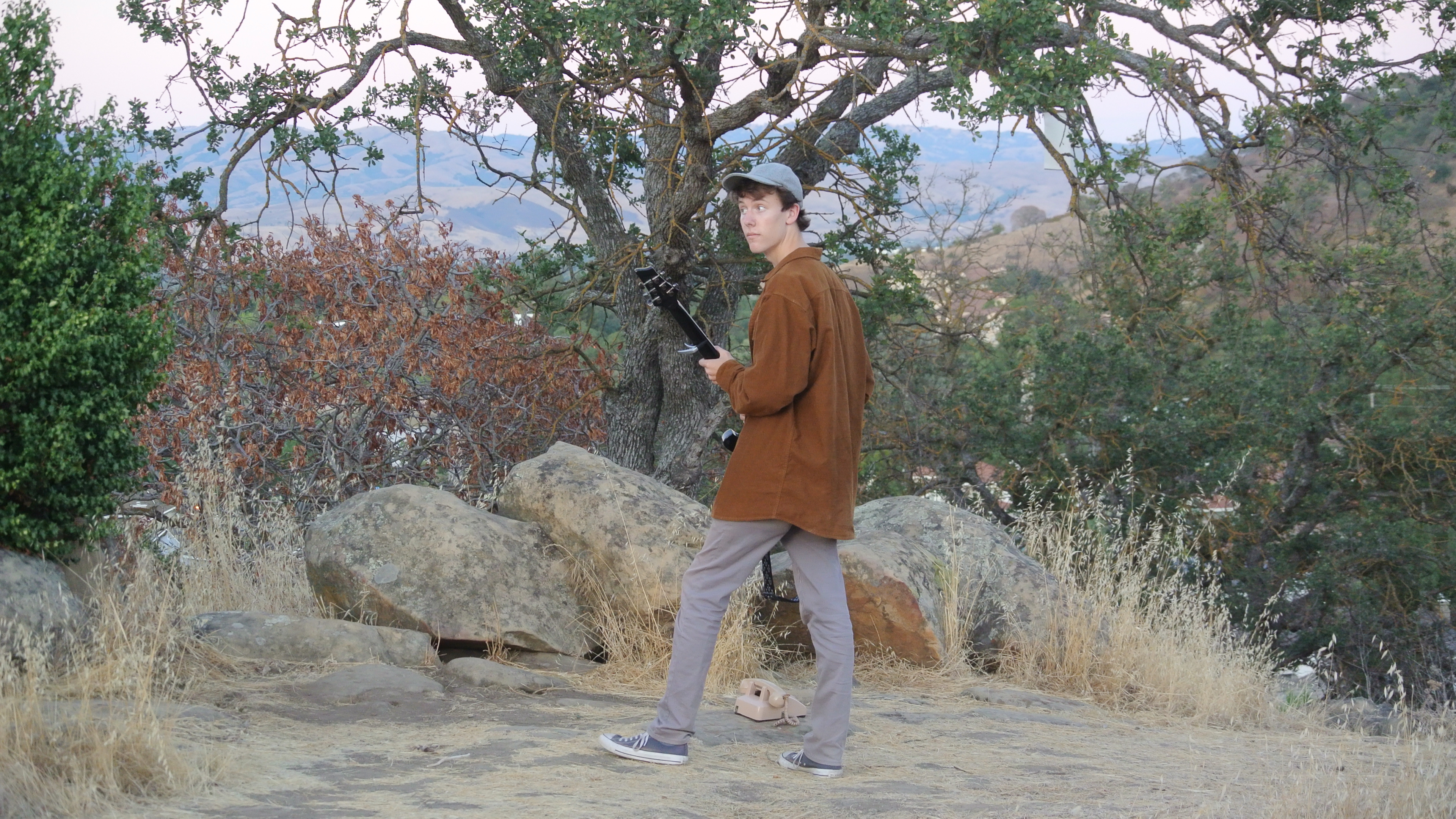 “Moonrise”
This song is very literally about what it says: a moonrise. One of my good friends wrote the lyrics as a poem and then sent it to me in hopes of potentially making music with it. The result was this song that became the basis for what I wanted the rest of the album to represent. I find it goes perfectly with watching the sun set (moon rise).
“I Feel A Little French Today”
I made this cheery little tune around the same time as “Fallin’,” and I think it really reflects my general state of mind around that time. I felt carefree and wanted to make whimsical music. I don’t know what “I Feel A Little French Today” really means. I think it just sounds nice and has a romantic kind of feel.
“Somebody Else”
This song was made to contribute to the dreamy, purple moon-based imagery that I was creating with the other songs. It’s just a simple song about wishing you could get someone out of your dreams. 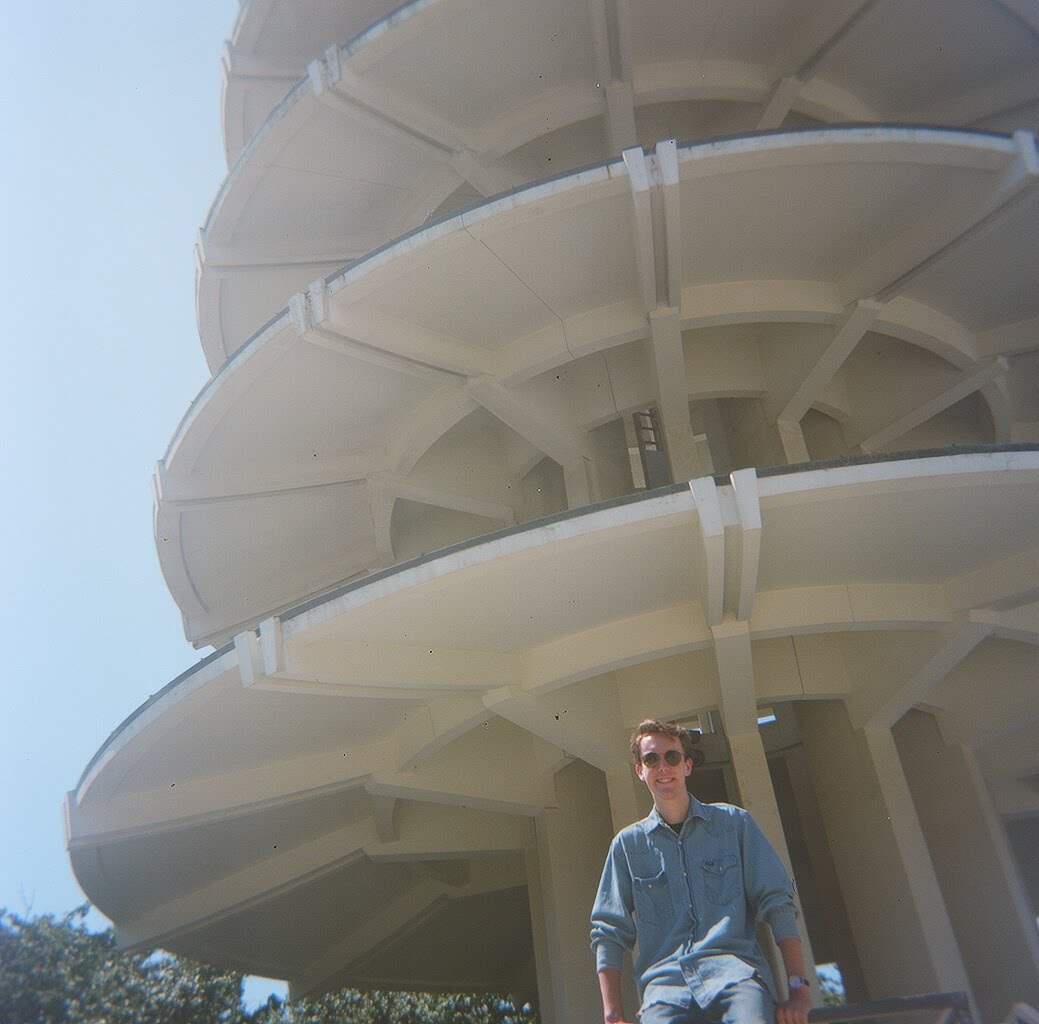 “Eleven”
No one really knows what this song’s about, and that’s something that really makes me happy. The way I sing the word “Eleven” is obviously phonetically incorrect, and asking “Eleven, where have you been?” seems vague too. But I had a lot of energy making this song and I felt it come through the recording.
“February”
This was really an amalgamation of song pieces I had written. The verses were written together, but I didn’t have a chorus until one day the chorus melody suddenly popped into my head at the piano. The chords of the song really conjured up a very rich ballad about soulmates.
“Except You”
Originally this song was four verses and four minutes long, but after I recorded the whole thing I decided only liked the very last verse. I thought this one would be a sweet ending to the album, and it became a fun bass jam at the end as well. Just a short and sweet song.
Connect with Lou Moss:
Instagram . Spotify . Bandcamp .
Instagram . Spotify . Bandcamp .
Instagram . Spotify . Bandcamp .
0