For some people, music is the greatest outlet, so if you’re feeling “weighed down” then find some peace of mind with this “Runnin’ Through The 666” free song download from heavy metal quartet The Weight of Silence. This is the trap metal quartet’s newest single and acts as a preview of what is soon to come on their forthcoming new album. (Check out the band’s music via Spotify.) While still untitled, the new album is getting its finishing touches, and is scheduled for an early 2020 release. The recording will feature more of the Australian group’s signature heavy sound; a huge shot of party metal and trap-tinged melodic hardcore. It will also be full of The Weight of Silence’s typical live energy and flair for the unconventional.

The last few years have been the best years and most productive years for these Philip Island natives. Since 2016, The Weight of Silence have played in some significant festivals, done a tour of Asia, and perhaps most noteworthy of all, collaborated with lead singer Danny Leal of the Texas metal juggernauts Upon a Burning Body. Titled “Green Is The New Black,” the song was written by the members of The Weight of Silence and released just this past July. With their extended existence and growing popularity, it’s quite clear that trap metal is not just some temporary fad. It’s become a movement, and at the forefront of that movement has always been The Weight of Silence.

How about we check out the music video released last month for “Runnin’ Through The 666?”

In perhaps an unintended way, the release of “Runnin’ Through The 666” has actually acted as a blessing in disguise for The Weight of Silence’s frontman, Jacob “J-Figure” Pedersen. As Pedersen explains,

“You can interpret ‘Runnin’ Through The 666’ in all different ways I reckon. It’s a track that we wanted to musically speak for itself and give a message even beyond the lyrics. The lyrics are straight up, just a man basically screaming in the mirror and saying, ’I ain’t ever gonna stop doing drugs, I’m high as fuck and I’m loving it.’ Not in a party way, in an addiction way. But since releasing the track, I’ve gotten clean and sorted a lot of that shit out. So now when I hear it, it personally sounds like a message to myself to never go back to that dark place and never be that guy again… but I also want whoever is listening to know that it’s for them to interpret depending on their life situation. You’re never in a wrong moment of your life, it all comes full circle, it will all one day be a lesson!”

It’s funny all the ways in which music can touch us or have an unintended, and sometimes life-changing effect on us, and Pedersen’s story is full evidence of that.

Check out the recently-released music video for “Green Is The New Black,” the stunning collaboration between Leal and The Weight of Silence:

Check out the very cool artwork for “Runnin’ Through The 666:” 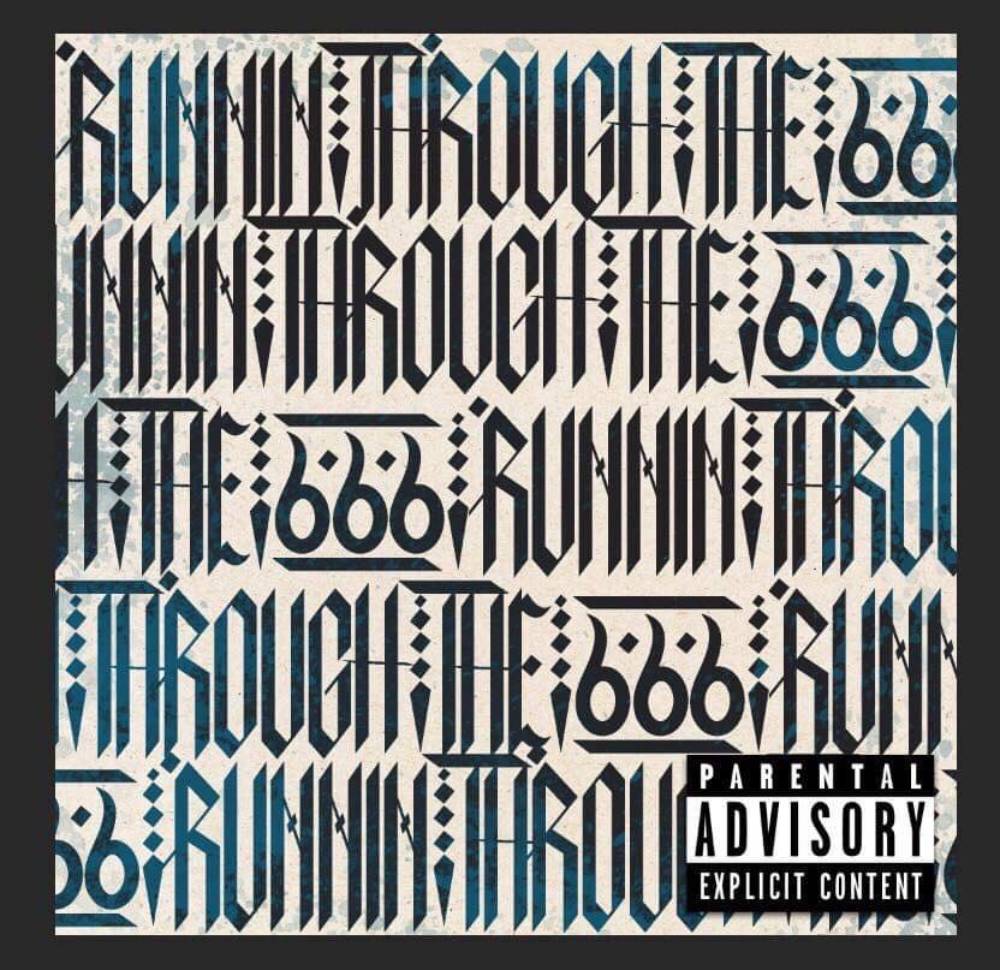