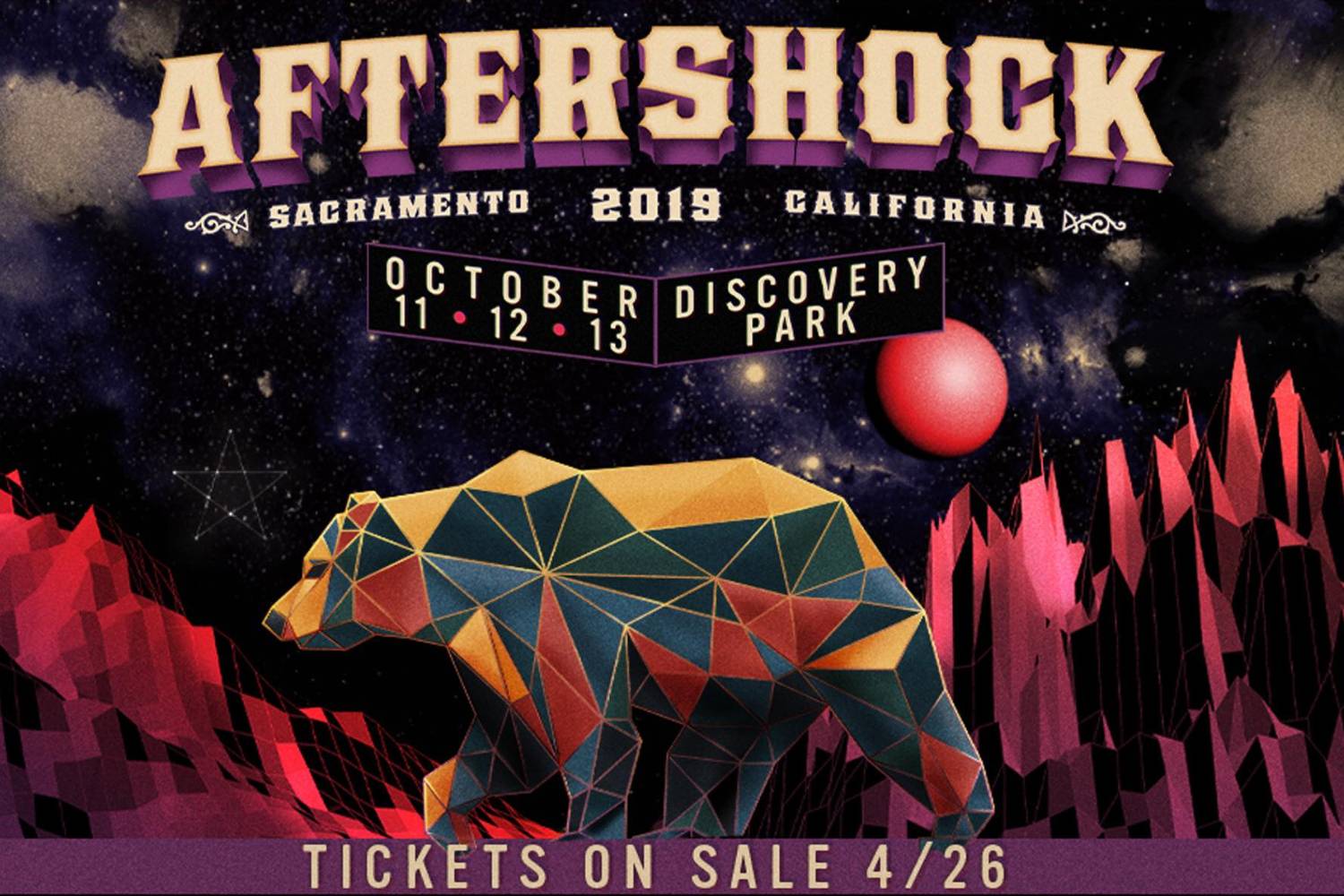 While the addition of PSL’s (Pumpkin Spiced Lattes) to many cafe menus across the country usually marks the end of summer, California’s Bay Area is just about to embark on the warmest part of the summer. Alert! This means that festival season is not over! The best is yet to come when Aftershock takes over Discovery Park at 1000 Garden Highway in Sacramento. This year the festival has extended from two to three days for the 2019 event and tiers of tickets are creeping closer and closer to selling out.

As with previous years, the 2019 edition of Aftershock boasts an incredible lineup of stellar musical acts, each worthy of everyone’s time. But with so many good groups, what should people actually spend their time seeing? While the answer to that question might be entirely subjective, we’re here to help narrow down choices by suggesting four bands that ought to be on everyone’s must-watch list. And, with that said, here are four sets we think should be on your weekend itinerary. 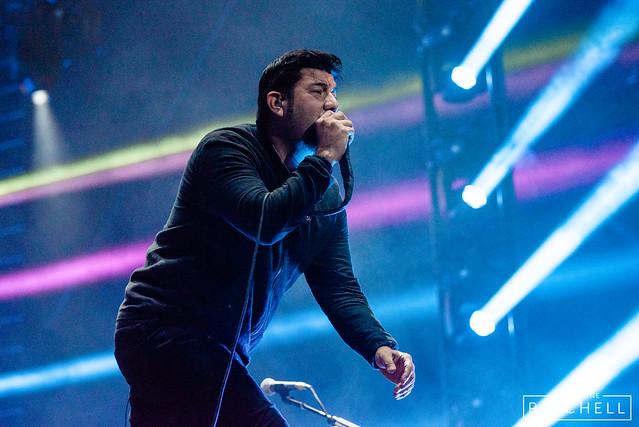 – While Knocked Loose is a band that I prefer to see in an intimate venue setting, any opportunity to see them is sure to bring a solid show. If you haven’t given A Different Shade of Blue a spin yet, stop reading this article and go do that right now. Seriously. This album is bound to land on many end-of-year top album lists. Their stop at Aftershock is the one chance the Bay Area will have to see them during their first tour to support the new release.

After one stream, this song is “Trapped in the Grasp of a Memory.”

– Northern California did not get the opportunity to have a show in support of their newest album, amo that dropped at the beginning of the year. Aftershock will be the first chance fans in the Bay Area will get to experience some of the new songs. Bring Me The Horizon has continued to change and explore their sound through their last couple of albums, but their 2019 one marks a true shift in their discography and is sure to shake up their live performance.

Pretty easy to see why “Mantra” has garnered Bring Me The Horizon 22+ million views on YouTube:

Because Tool. Because Tool is now on Spotify. Because TOOL JUST DROPPED THEIR FIRST ALBUM IN 13 YEARS. Because Aftershock is currently the only date on Tool’s tour calendar in Northern California as they begin to tour in support of the new album.

It’s new, but it’s TOOL. And “Fear Inoculum” is quickly racking up the streams.

So, there you go. Hope we have made your weekend selection process easier. If not, here’s the main line-up for your perusal. 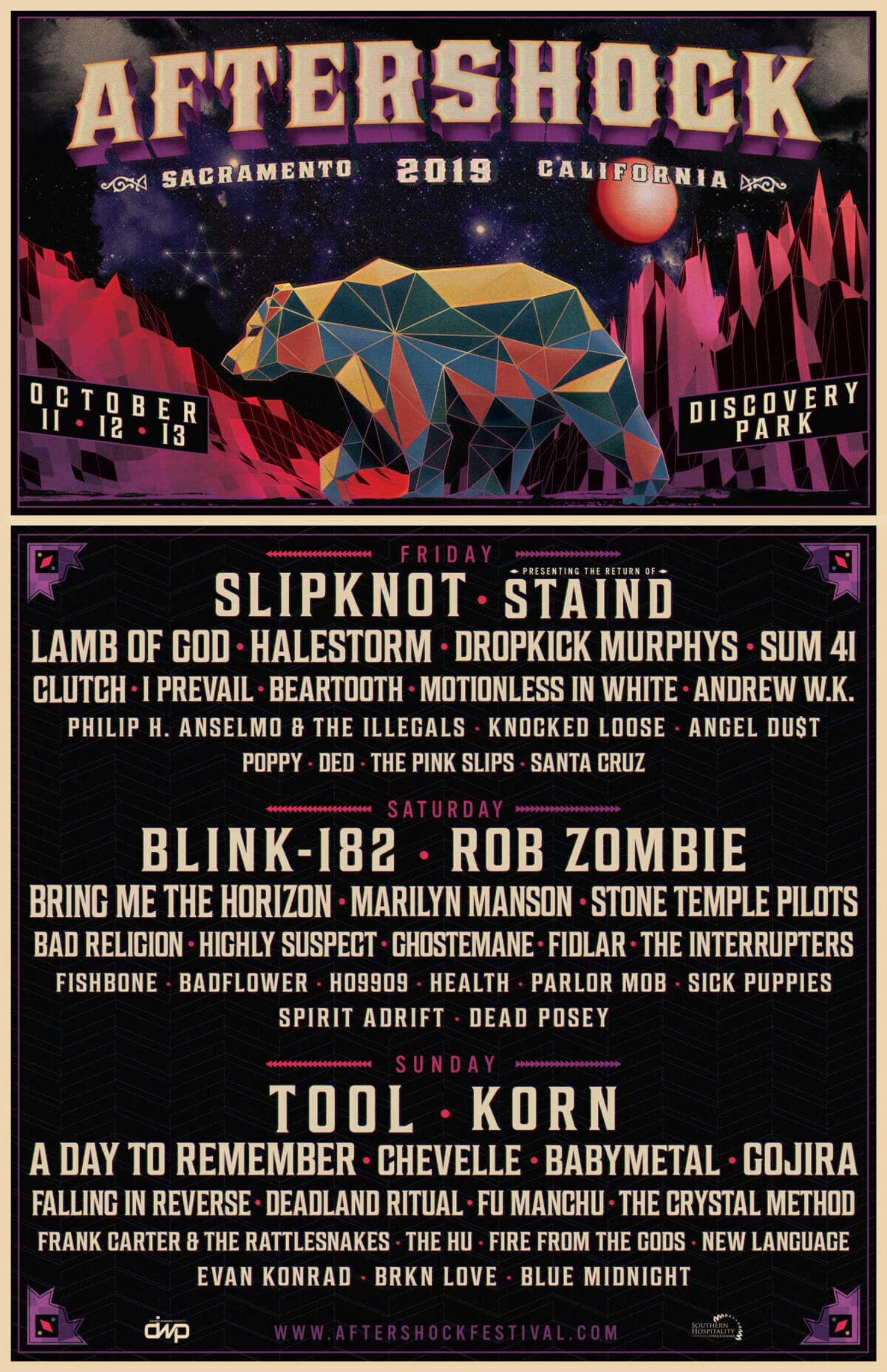