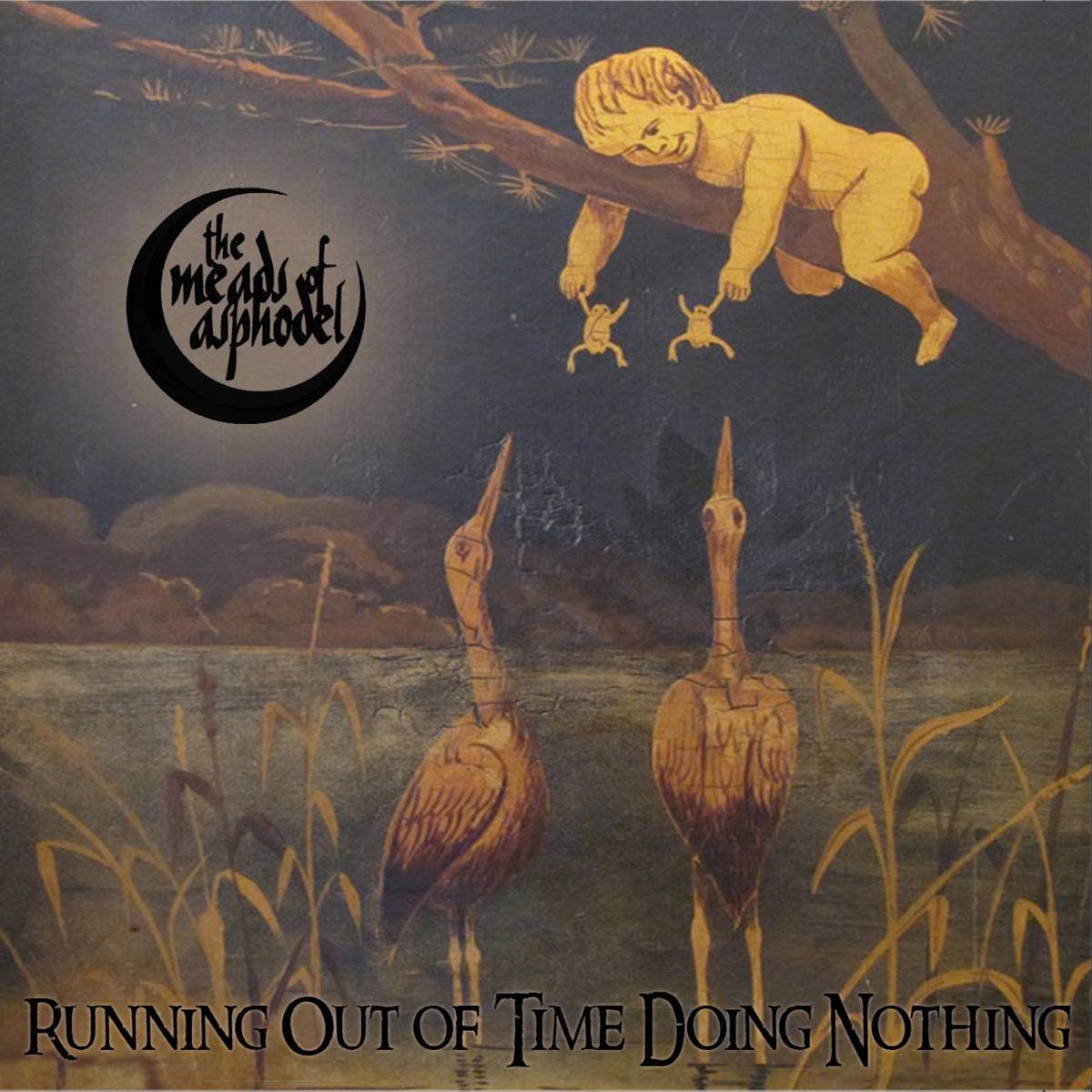 The Meads of Asphodel has been a British mainstay since 1998, with this latest record – Running Out of Time Doing Nothing – being their sixth full-length, and the first they’ve released since 2013’s Sonderkommando. They have, however, had more than their fair share of splits, EPs and compilation appearances in the interim, and the reaction is universal: this is not your common-or-garden black metal band.

Sword-wielding medieval role-playing band photographs aside, though, there is a lot more to The Meads of Asphodel than eccentric, genre-crossing musical forays. Lyrically, Running Out of Time Doing Nothing (stream/purchase the album on Bandcamp) runs the gamut from pouring scorn (the opening track, “Bug Splat” begins by exhorting listeners to “Wake up, you wankers”) to the more expected themes of death and bleakness, politics and war – all tinged with frustration, dissatisfaction and outrage at moral and societal decay.

And while this fairly melancholic perspective is nothing new in black metal, the musical vehicle The Meads of Asphodel employ is a slightly different beast. Listening to Running Out of Time Doing Nothing is a little like being stuck in a late-‘90s nightclub catering to a broad cross-section of alternative subcultures: you’re guaranteed a little punk, some alternative, a bit of gothic rock, perhaps some hardcore and even a bit of electronica or industrial. “I Stood Tiptoe, reaching Up For Heaven” is particularly avant-garde, blending incongruous laugh tracks over sampled news reports before launching into disco styling with duelling vocal lines. While this vast array of influences and styles may be reflective of the era the band comes from, it is a disconcerting – even off-putting – mix for anyone without a valid frame of reference.

The personalized take on the album title – “I’m Running Out of Time Doing Nothing” – aids in this cross-genre impression, at times sounding more like fuzzy pop rock than an established black metal act.

The storytelling and spoken elements may call to mind another British act, Bal-Sagoth (especially given the epic cinematic string sections on “I am Oblivion, Deep Drenched in Forever”), but the other extreme metal act that this band really shares common ground with is Japan’s Sigh (whose recent album, Heir To despair, was reviewed by us here), with whom they have also collaborated in the past, notably on their Taste the Divine Wrath split with Tjolgtjar in 2015.

Despite the scattered, unfocused impression given by Running Out of Time Doing Nothing as a whole, individual tracks do yield some quality listening; in this light, the album feels more like a compilation of B-Sides or demos than a singular entity. “Like Blood Shaped Flakes of Snow,” featuring a delightful female vocal performance is the best of these from a black metal point of view – shifting moods, unsettling melody, strong key section and a straightforward arrangement all work together to make this a crowd-pleaser. Not that the Meads of Asphodel are out to please crowds: this is a personal album, full of personal views, opinions and influences with a strong introspective slant that doesn’t openly invite outside interest.

The experimental and intellectual approach The Meads of Asphodel employ may be unlikely to garner them many new fans, but it is precisely this approach that will cement their status within existing listeners as a provocative and relevant voice of the underground.

A recent shot of these heroic metal warriors: 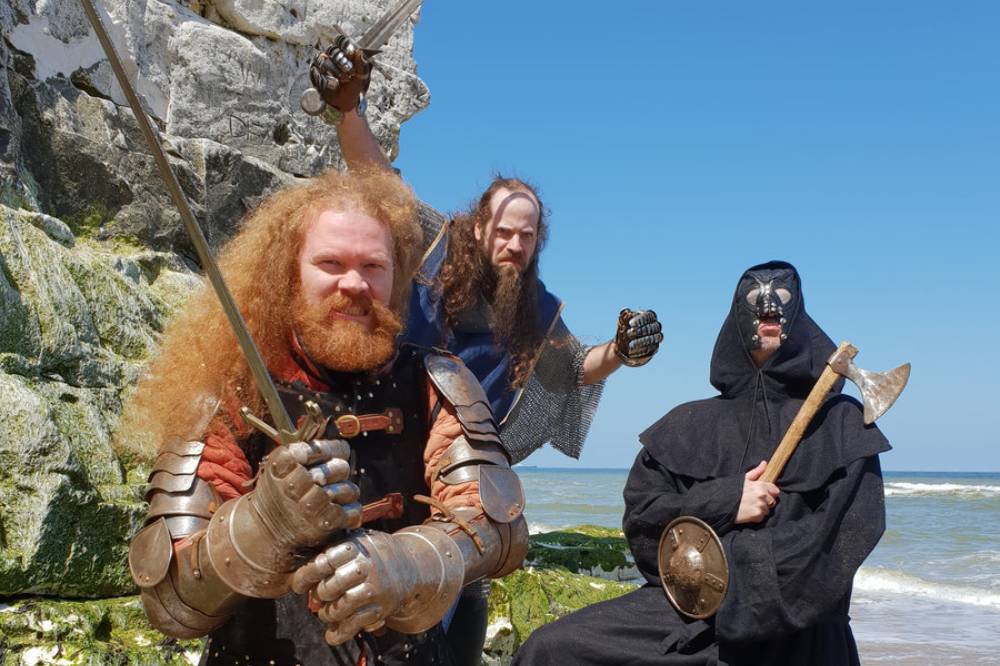 Running Out of Time Doing Nothing Track Listing:

01. Bug Splat
02. I Am Oblivion, Deep Drenched in Forever
03. Black is Black & White is White
04. Cockroach Marionettes
05. I stood Tiptoe, Reaching Up For Heaven
06. Like Blood Shaped Flakes of Snow
07. The Broken Wings of a Hud-Hud
08. Funeral Drums of Insomnia’s Labyrinth
09. Recollections of a Hand Loom-Weaver
10. Souvenir of Death