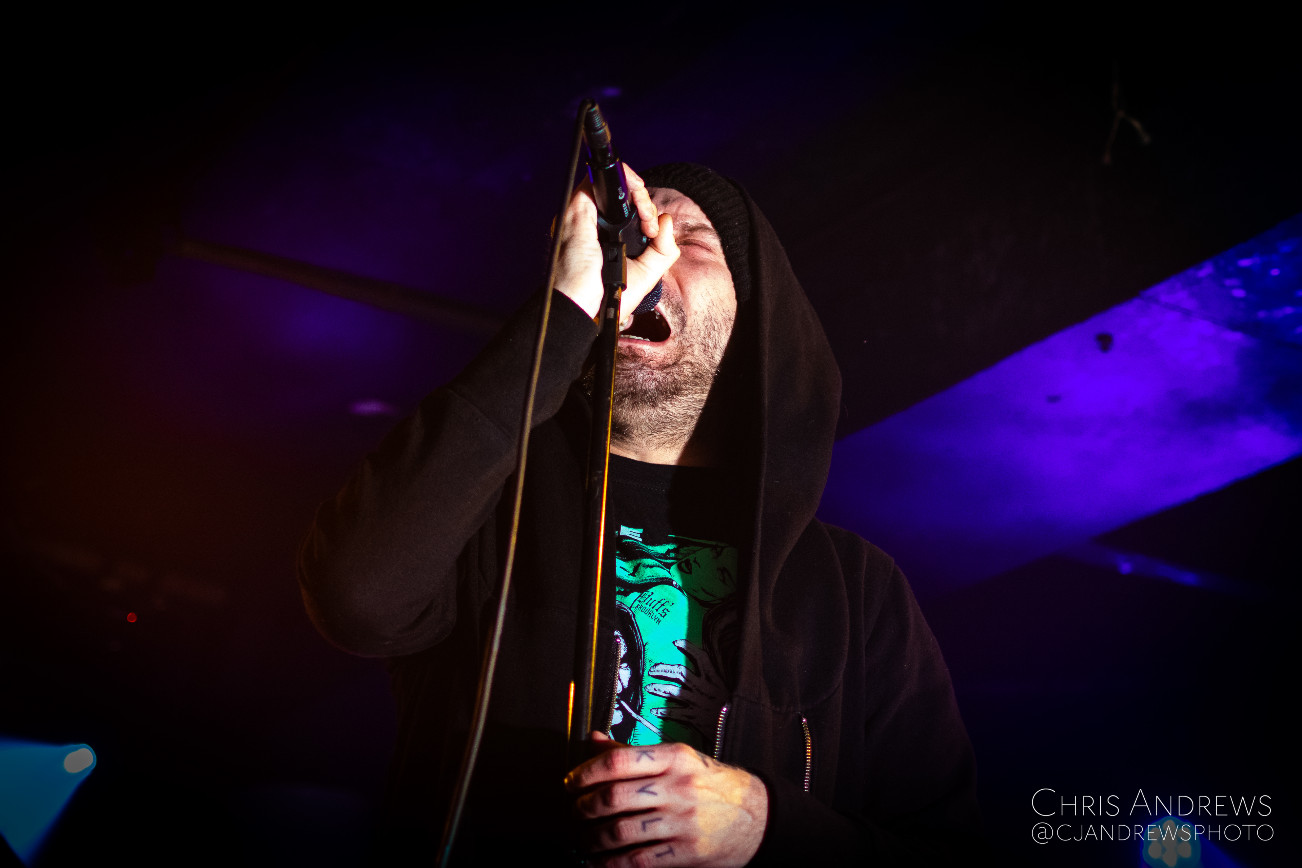 Doom metal on a Monday evening may not be everyone’s cup of tea, but the hundreds in attendance at London’s Underworld eager to see tonight’s lineup clearly disagree. Coming off of the back of this year’s stellar release When A Shadow Is Forced Into The Light, Finnish masters of melancholy Swallow The Sun headed up a bill which also saw country-mates Aeonian Sorrow on their first-ever tour, with main support coming from Oceans Of Slumber, a band all the way from Texas.

The comparative novices of Aeonian Sorrow opened the show, and their sound is everything you’d want a doom metal band to be. With the twin vocals of Ville Rutane and Gogo Malone working perfectly over their very Swallow the Sun-influenced instrumentals, their performance gained momentum all the way until the end of their allotted time. There could have been more variety to the pacing of their set, and their slow tempo means they may be more suited to playing a festival field than a small sweaty room, but when everything comes together in their music it can sound very special indeed. Aeonian Sorrow are certainly a band with the potential to go further in the doom metal scene.

Oceans of Slumber received a rapturous reception from the packed Underworld floor when they took to the stage; this is a UK performance which has been anticipated for some time. The group was backed by the Portnoy-esque drumming of Dobber Beverly with extremely capable musicians in front of him, but it’s really the vocals of Cammie Gilbert which stand out in Oceans of Slumber. A pitch-perfect performance of vocal stylings not often found in metal, the quality of the band’s songwriting combined with Gilbert’s vocals hit its peak during an emotive performance of “The Banished Heart” from the album of the same title. Including more progressive elements to their music, and not being afraid of periods of quiet within otherwise full songs, their set felt like more of a stage show than their predecessors did and one which is delivered superbly.

Check out the official music video for Oceans of Slumber’s “The Banished Heart.”

Swallow The Sun came out strongly, commencing just as When A Shadow Is Forced Into The Light does with the title track. Living up to their name, their set was performed in relative darkness compared to most live shows, which added to the atmosphere of the music (but made for a challenging photography environment).

Swallow the Sun felt like they hit full flow when they reached “New Moon” which was then followed with standouts from their latest album in “Upon The Water” and “Stone Wings,” both getting heads banging from front to back. The sound on this evening was perfect, with the backing vocals added by Jaani Peuhu on keyboards really filling out the harmony to Mikko Kotamäki’s leads. Despite several lineup changes (taking nothing away from previous keyboardist Aleksi Munter, who has been involved in some of the finest melodic death metal releases of all time with Swallow The Sun, as well as Insomnium and Ghost Brigade), Swallow The Sun were going from strength to strength, with newly released tracks standing shoulder to shoulder with back catalogue classics unleashed such as the aforementioned “New Moon” and “These Woods Breathe Evil.”

Given the subject matter of their most recent release (more detail to be found here), it’s no surprise that Swallow the Sun’s performance was full of emotion, with anguish visible on the face of Kotamäki during his delivery of the heartfelt lyrics penned by Juha Raivio. Swallow The Sun’s set felt balanced, wonderfully performed, and of course, the songs they played were some of the very best of the doom metal genre. The band succeeded in spreading their beautiful tragedy to the wilfully accepting room, and cemented their reputation at the pinnacle of their genre.

Let the music video for “Firelights” illuminate you as to the quality of Swallow The Sun’s work.

When A Shadow Is Forced Into The Light was released on January 25, 2019, through Century Media Records. 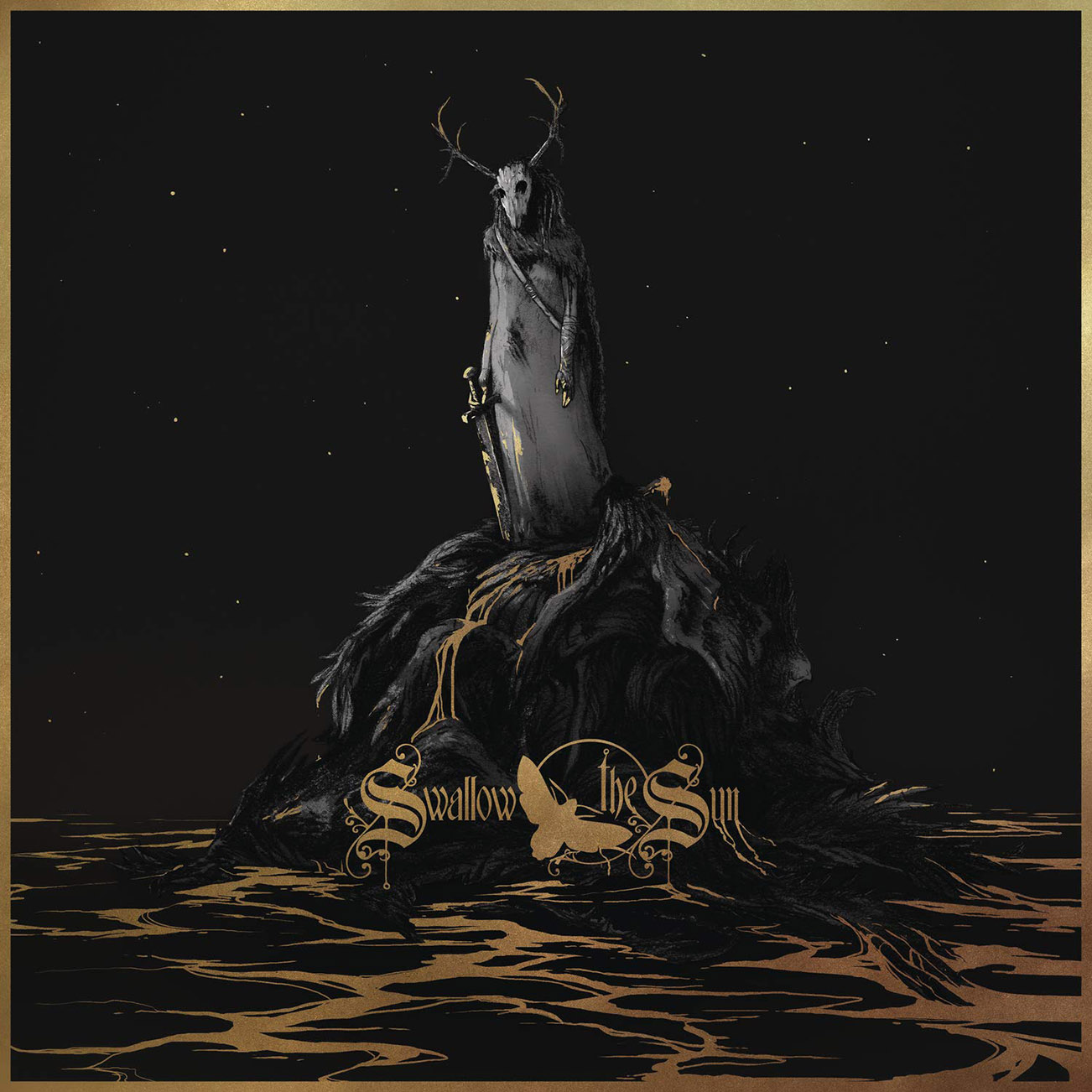