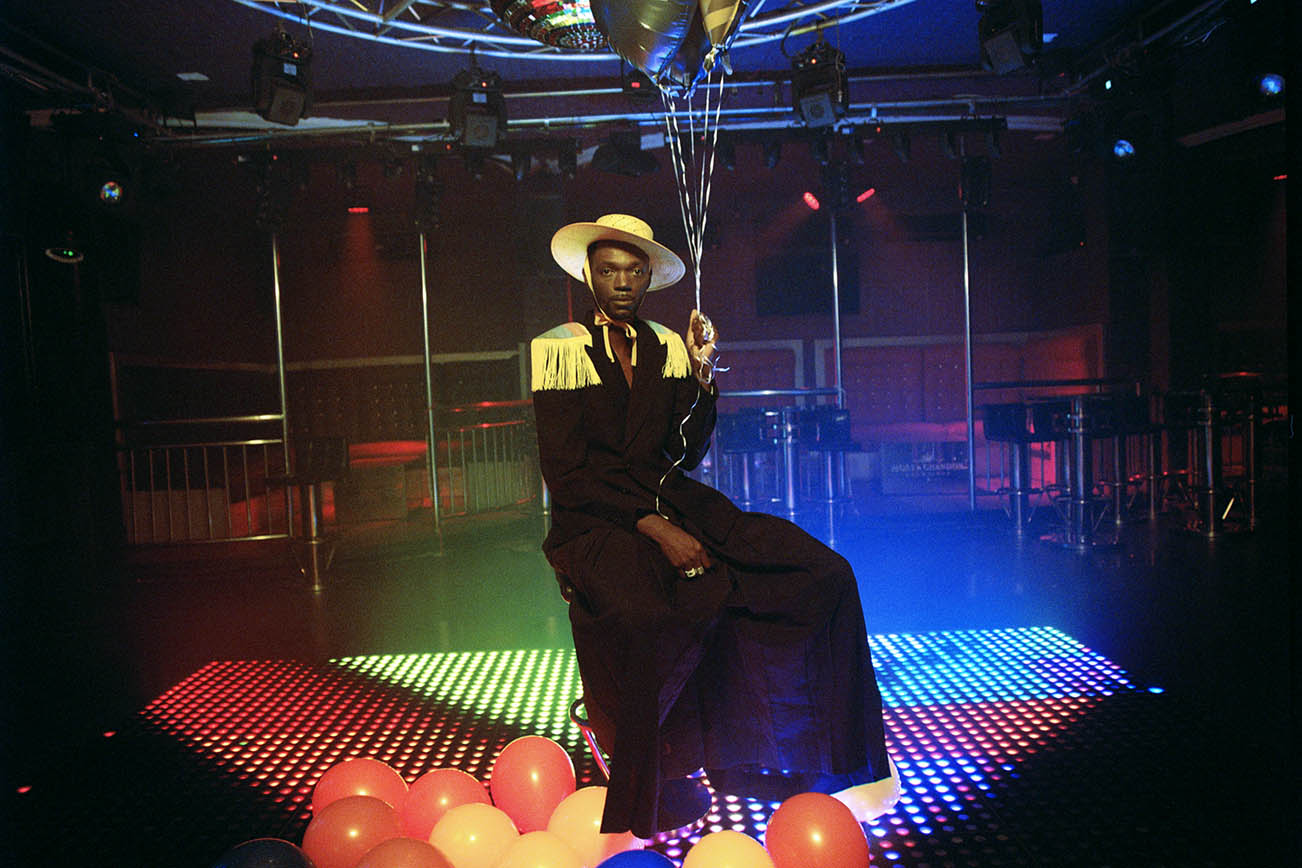 It’s about that time of year again. The beautiful weather is coming, the leaves are returning to the trees, the drinks are flowing from the taps, and music blares through the city of Toronto. Who doesn’t like good summer tunes? Intelligent artists out there know everyone does and wait until the time is right to release their work.

We’re in May, and 40-year-old hip-hop artist Baloji demonstrates it doesn’t matter how old you are, so long as you know what the people like, you can get anyone to listen up. The Congo native released his first single under the name Bella Union; called 137 Avenue Kaniama, the single-track album is smooth and upbeat, with an African flavour that will have your feet moving even if you don’t want them to. Don’t be alarmed by this approach, though, as rare and cunning as it is, it works to capture the attention of summer tune lovers.

Led by his hit track “L’Hiver Indien,” his new album Kaniama: The Yellow Version (pre-order and pre-save options here) is entirely in French and entirely enthralling. Baloji spoke with us (in English) about his self, his style, and the creativity that went into this particular piece of new music. His album debuts on Friday, May 3rd.

You have such a diverse and interesting upbringing. Please tell us about it and how it has acted to shape your sound.
Baloji: Thank you! My music is based on all my childhood musical influences, from ‘90s hip-hop I’ve discovered soul, Latin, and funk music. I adopted the sampling approach to Congolese music, guitar tradition and house music from the place where I grow up in Belgium (Liege) added on top some French chanson structure because they are extremely strong in terms of subject matter and structure.

Off of 137 Avenue Kaniama, check out a performance video of Baloji’s “Soleil De Volt.”

Your music is so special and eclectic that I have trouble categorizing it. I hear influences from hip-hop, salsa, and rumba, but it is so much more than that. How would you describe your music to a new listener?
Baloji: I will say afro-indie or indie afro… I don’t know to be honest!

What does your name “Baloji” translate to in English and what does it signify for you as an artist?
Baloji: Baloji means “group of sorcerers” in Swahili (comparable to “devil” or “demon” in Europe). To take it as artist name is a way to make peace with myself.

It’s already impressive enough that you perform and produce your own music, but you also direct all of your own videos as well. How does having synesthésia (seeing music in colors) affect the creating of your videos?
Baloji: Synesthésia force me to make things extremely structured or coordinate by colours and association of mood and forms so when I’m on set, I spend a lot of time working on the details to see if they can fit in the big picture. It helps me to see things as a whole just like the record isn’t a succession of singles but a narrative piece and complete effort.

You are such a talented person and do so much more than music. Can you outline for us all the amazing things you do other than make music?
Baloji: I mostly do poetry and try to make it in music, then in images as a director, art director and stylist and I create some elements to complement the project, sort of extension, like all the suits and dresses, the masks,… I have created in that spirit of an eye wear collection, jewellery collection but all depending on the idea. When you have an idea that you love, it becomes only playful and fun to bring to different forms.

Baloji’s latest record, Kaniama: The Yellow Version, is out tomorrow! 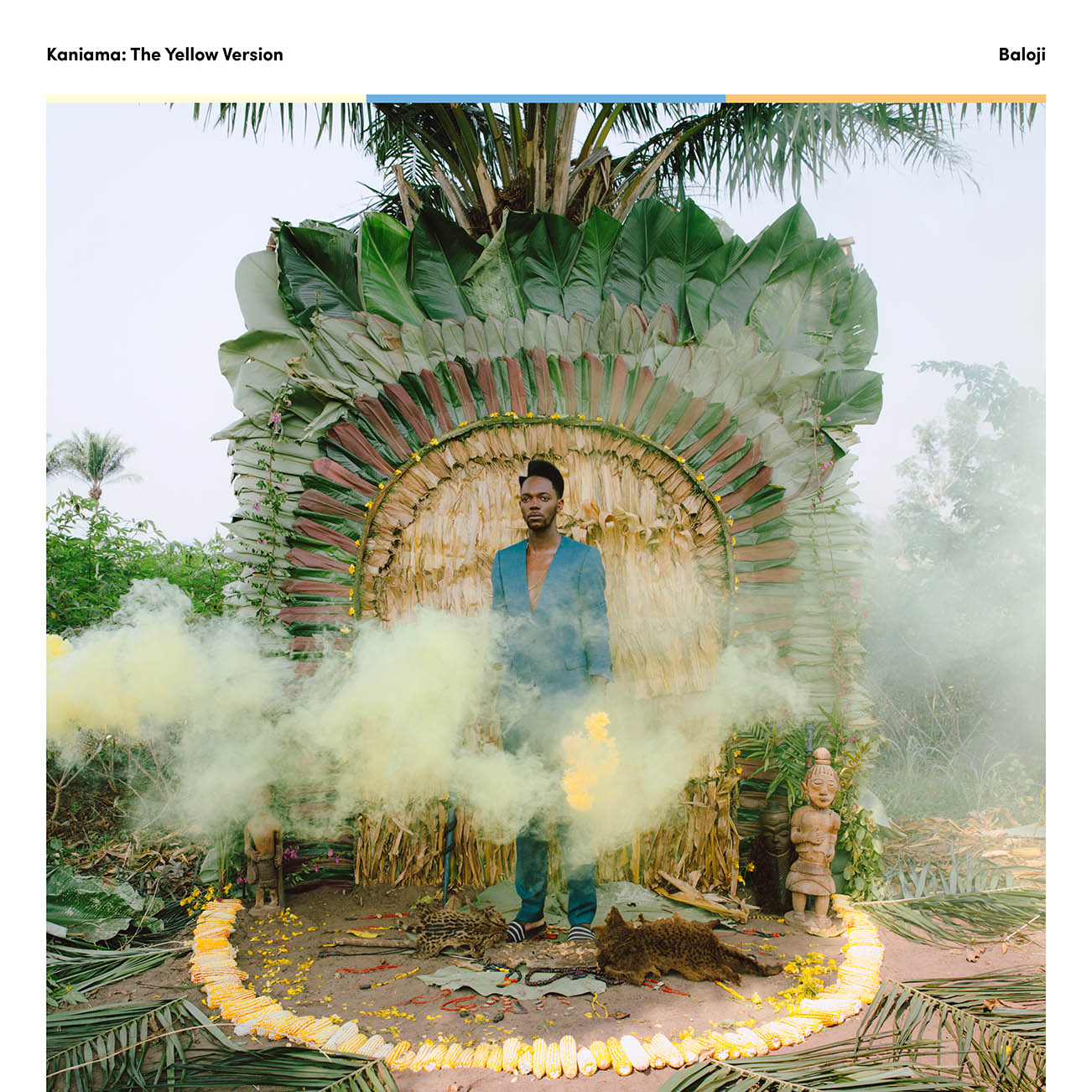 As a hip-hop head, I have to ask if you listen to any American hip-hop and, if so, who?
Baloji: I’m 100 percent a hip-hop head from Andre 3000 to K Dot, Tierra Whack, Lil’ Wayne, Wu-Tang to Gunna. I also love the UK grime sound.

Your music has so much energy and charisma, I can only imagine your performances. How are you able to match the energy of your music in your shows and get the crowd going?
Baloji: It’s always different on stage but that’s the place I love the most because you have no other choice than to be yourself… then (to) let go on stage. We recreate every night the idea of the song. While in the studio you are trying to capture the idea you have of the song. My band is fantastic, they are older, wiser and they are very gifted musicians!

Your first short film ‘Kaniama Show’ was just released in March of 2018. What can you tell us about that?
Baloji: The Kaniama Show is coming in May with the album re-release. It’s a satirical film about the collision of power between media, dictatorship, and politics. It’s presented as a Sunday talk show somewhere between “Soul Train,” Jimmy Fallon with an Italian flair in an African country. It’s my first narrative film (so) it has some weakness but I love it and hope the audience will like it too.

Lastly, you are about to release your new album Kaniama: The Yellow Version on May 3rd. What can listeners expect from this album?
Baloji: It’s a mixtape version of the album with some remixes from the film. Basically, the way I originally wanted to release the album.

Check out the live session music video, shot from an airport, of “L’Hivier Indien!”