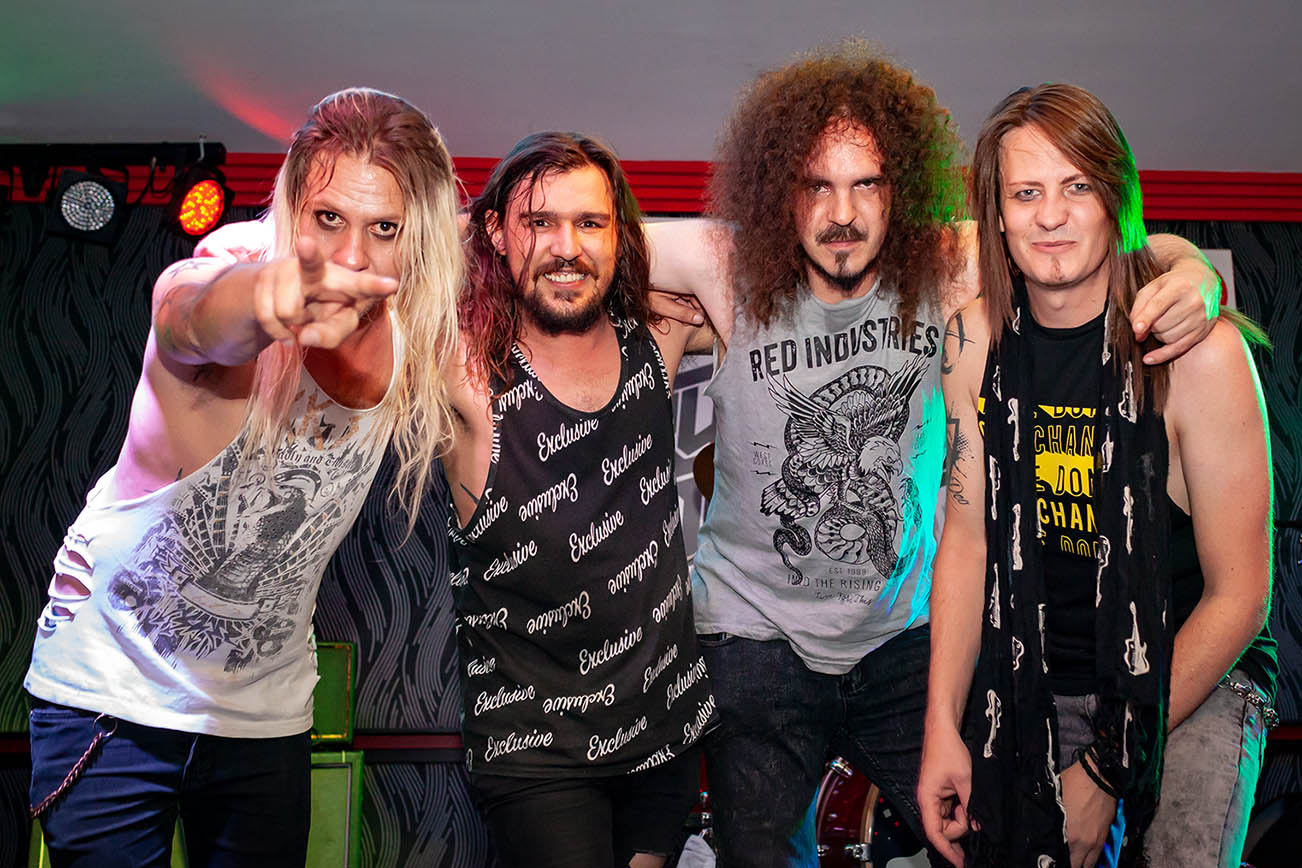 When Judas Priest cancelled their first tour in South Africa, the sighs of metalheads were undoubtedly heard throughout the country. For many, it was the only chance to see demi-god Rob Halford up on stage singing the anthems that kept childhood dreams alive.

As you may or may not know, South Africans are resourceful creatures and many unhappy situations can be turned around. As they say around these parts, “Boer maak n’ plan” which loosely translates to “we make a plan.”

South African photographer David “Devo” Oosthuizen had been making a plan well before Judas Priest’s imminent arrival to host a pre-party with the opening bands. Since the Judas Priest show’s unfortunate cancellation, the pre-party was renamed to Living After Midnight and the event still went down a treat.

Deadline bring the house down with this rowdy, in-your-face performance video for “Bloodbeast.”

Rumours Lounge in Johannesburg was the venue to be at and it’s brand-new location will soon be host to many rock and metal events. With that said, Rumours Rock City in Johannesburg is still open for events and will be hosting Quest to Pirate Fest 2019 on March 30, 2019! (Now that Alestorm has been revealed as the first international band playing at Pirate Fest 2019, what secrets will Captain Renegade be hiding this time and who will be the first epic local band to rock it out at Pirate Fest on September the 7th?)

First up to the stage on this evening were stalwarts of the thrash metal scene, Deadline. The six-piece band hail from neighbouring city Pretoria and have been making waves for a good number of years. When it comes to old school tunes, they got it. When it comes to oozing energy, they bring it! The band played all their hits in an hour-long set and even belted out covers of Ghost and Dio songs.

Next up were advocates for the glam rock scene L.A. Cobra, a group that also comes from Pretoria. Now, a glimpse of this four-piece can immediately transport you to the era of Aqua Net hairspray, refined whiskey, and dirty rock n’ roll. They play fast, loud and have enough grit to keep you enchanted by their tunes. In fact, they’ve been out captivating audiences around Europe and the UK since March 7th when they kicked off their “Wrong Things Feel Right” tour in Belgium. For all listings, please check their social media pages.

Special mention on this evening must go to DJ M-Plode who kept the metalheads headbanging throughout the night and a big up to Marshall Music South Africa for the rad prize on the evening, a beast of a pedal, the Fullbore metal by MXR.

Experience the attitude of L.A. Cobra with their official music video for “Shotgun Silver.”