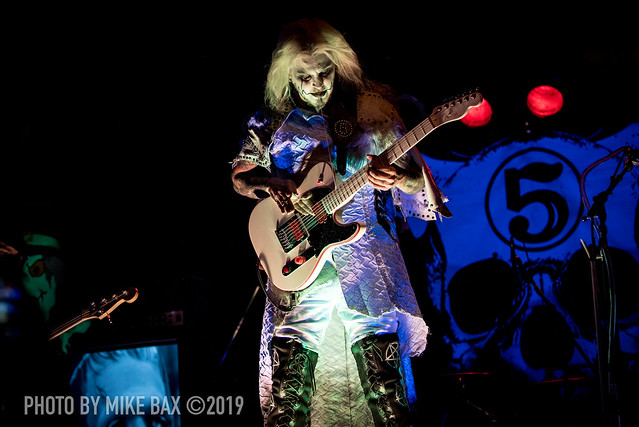 John 5 and The Creatures is a solo endeavour led by Rob Zombie guitarist John 5 rounded out by bassist Ian Ross and drummer Logan Miles Nix. With a new full-length album, Invasion, set for release this summer, the band is currently on the road in North America doing dates with heavy blues rocker Jared James Nichols and LA glam-ers Dead Girls Academy along for the ride.

The first band up tonight was Dead Girls Academy, touring in support of their 2018 release Alchemy. The Dead Girls Academy’s musical style is a cleaner metal sound – the group records and performs with two guitarists, prominently clean harmonized vocals, and a classic L.A. Strip aesthetic – lots of tattoos and attitude. I’d never heard of Dead Girls Academy before seeing them tonight – they performed for about a half an hour, and owned the stage while they were playing. Lots of guitar posing and swagger on the stage as they did their thing.

Jared James Nichols stormed the Toronto stage theerafter and, within minutes, had everyone in the venue enraptured as he worked his way through the majority of his 2018 album Black Magic. I caught a girl beside me yelling into the ear of her friend that Jared sounds like a mix of Black Sabbath and Lynyrd Skynyrd – an appropriate descriptor if there ever was one. While playing “Run,” Nichols jumped into the audience and walked through the crowd out past the mid-point of the floor at Lee’s Palace, delivering his extended guitar solo up close and personal style. A killer sing-along rendition of Mountain’s “Mississippi Queen” culminated Nichol’s electric set as he invited everyone in the room to come back and meet him at the back of the venue before they left.

You best watch this Jared James Nichols music video before the “End of Time”.

John 5 and the Creatures features Rob Zombie guitarist John 5 along with bassist Ian Ross and drummer Logan Miles Nix. To my knowledge, tonight was the band’s first Toronto appearance; the current North American tour bringing them to numerous Canadian stops in advance of the new Invasion album. In the minutes leading up to their performance, stagehands walked through the narrow throughways on both sides of the Lee’s Palace stage with inflatable monsters, inflatable castle turrets, and assorted horror accoutrements one might expect with a John 5 show.

After some ominous intro music, the three musicians took the stage and launched into “Season of the Witch,” John 5 adorned in an all-white Liberace gown and requisite facial make-up. Throughout John 5’s performance, he brought out no less than 10 different guitars of all shapes and sizes, along with a mandolin and a banjo. During one of his amazing songs, adorned in a creepy face mask, John 5 wielded a bow and delivered some mind-bending riffs on his clear guitar (filled with some sort of chartreuse yellow ooze) as patrons in the crowd held their hands to the side of their heads in awe.

While we’re all awaiting the new album’s release, check the “Zoinks!” single which dropped on January 1st, via 60 Cycle Hum Records. 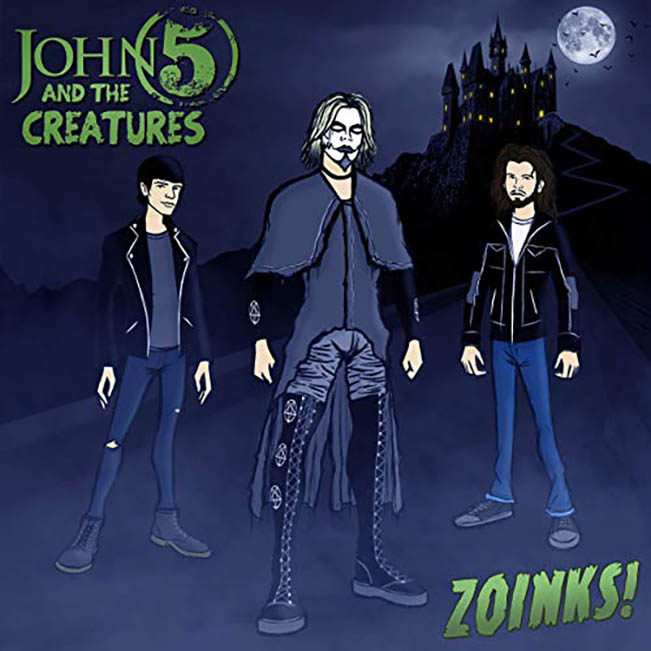 John 5 touched on numerous genres this evening as he showcased his incredible talent, playing songs both old and new. He played “Crank It,” “Zoinks,” and “I Am John 5,” along with a new untitled tune they encored with. He forewarned the audience that they might just bungle it up live but were willing to give it a go all the same. John 5 expressed how important this evening was on his tour, saying how much he loved Toronto and, when the tour was being initially put together that he insisted there be a Toronto stop.

Towards the end of the show, he played his stellar cover of Michael Jackson’s “Beat It” before launching into an incredible medley of material that touched on Rush, Metallica, Nirvana, Soundgarden, The Police, Rob Zombie, Marilyn Manson, Megadeth and Pantera amongst a few other classic rock/metal staples.

This was nothing shy of an incredible evening. I love John 5 and all he brings to a Rob Zombie performance, I was expecting this evening to be entertaining. After watching him noodle about on his solo material with the Creatures for 90 minutes, it made me love him all the more. I can’t wait to see him perform solo again!

John 5 and The Creatures have a simple message for you: “I am John 5”!