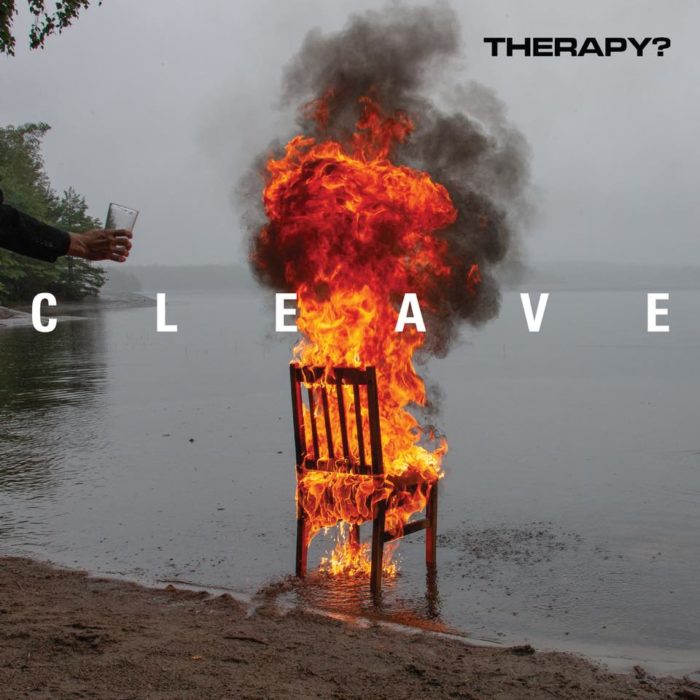 When it comes to rock bands whose audience undoubtedly peaked during the mid-‘90s, but who are still releasing music as strong and as credible for today’s intelligent listener, the list is few and far between. Therapy? can class themselves as part of that elite few who have managed such an achievement. This is a group who have always written music without conforming to any current trends, instead doing it their way and, at times, influencing whole musical scenes which have come after. Forming 29 years ago, the Northern Ireland 3-piece have experienced more highs and lows of the music industry, through no fault of their own, than many give them credit for. Marking what will be their 15th studio album, Therapy? are releasing Cleave on the newly-founded Marshall Records this September.

As a lifelong fan, I tend to always go into a Therapy? album with a high but somewhat uneasy expectation; however, the first few seconds of opener “Wreck It Like Beckett” instantly dispels any doubts of how this record is going to pan out. Big, down-tuned riffs underpinned by a solid bass line and a drum pattern which is so stereotypical Therapy? they need to put a trademark on it. “Kakistocracy” musically continues in this vein, but is accented by frontman Andy Cairns sharing an impassioned and intelligent reassurance that “It’s OK, not to be OK”, the first sign that vocally this recording not only focuses on providing relief to deeply personal issues such as mental health but also, as the album progresses, to conflicts occurring throughout the world today. Not in anyway pretentious, just a fiercely intelligent and impassioned response to divisions they see around them.

Cleave plays around with a variety of atmospheres – on the one hand, lead single “Callow” lightens the mood and is a definite nod to the Troublegum era, with its simple punk verses and radio-friendly choruses showcasing the skills of returning producer Chris Sheldon (Foo Fighters, Feeder, Biffy Clyro), whose influence can clearly be heard throughout this record. On the flip-side, the brooding venom of “Expelled” is a confident display of drumming from Neil Cooper, which alongside “Success? Success Is Survival” is definitely going to appeal to fans of earlier material from the likes of Pleasure Death and Nurse. Never afraid to experiment with production values, bassist Michael McKeegan jumps on the Bass FX for “Save Me From The Ordinary”, making you forget that this band is only a 3 piece by displaying such a full sound.

The tail end of the album shows no signs of slowing down with the awesome ‘Crutch” – essentially the 2018 version of the crowd-pleasing favourite “Die Laughing” – whilst the gigantic riffs displayed on “I Stand Alone” and “Dumbdown” could stand up effortlessly next to the likes of material from Metallica or Megadeth. Closing with the haunting verses and impassioned cries of “No Sunshine”, the album leaves a sense of focus, determination, and hunger which will appeal to both existing and new fans alike. As Andy Cairns states “..Therapy? have always been the kind of band that when people discover us, they immerse themselves deep and keep us close to their hearts.” Forget the extensive back catalogue, these 10 tracks alone prove that this is not a band who are coming to the end of their career. Therapy? are back and sounding stronger than ever.