About the Sketch:
– They just don’t make ‘em like they used to. He was someone who would walk on screen and immediately command respect. He was a versatile actor with equal parts charm and intensity. He was the “Bandit”! He stole the spotlight the year I was born (1977) and kept it for the next five years as the biggest, baddest movie star anyone had seen since James Dean and Steve McQueen. I was saddened to hear of the passing of Burt Reynolds on September 6th, 2018. He left an indelible impression on me and the world with his macho heroism; done with a wink and a nod.

Growing up, I’d see him on TV or screen and think that is what a movie star is supposed to look like; to dress like. He was always the dapper don and always with a beautiful young starlet. The movie business is a little less cool with him not in it. I was glad to catch him in one of his last roles in The Last Movie Star. You could see the wear and tear on him, but he gave a great, emotional performance and a sidecar of humor along with it.

Check out the full-resolution version of the PENsive #11 sketch. 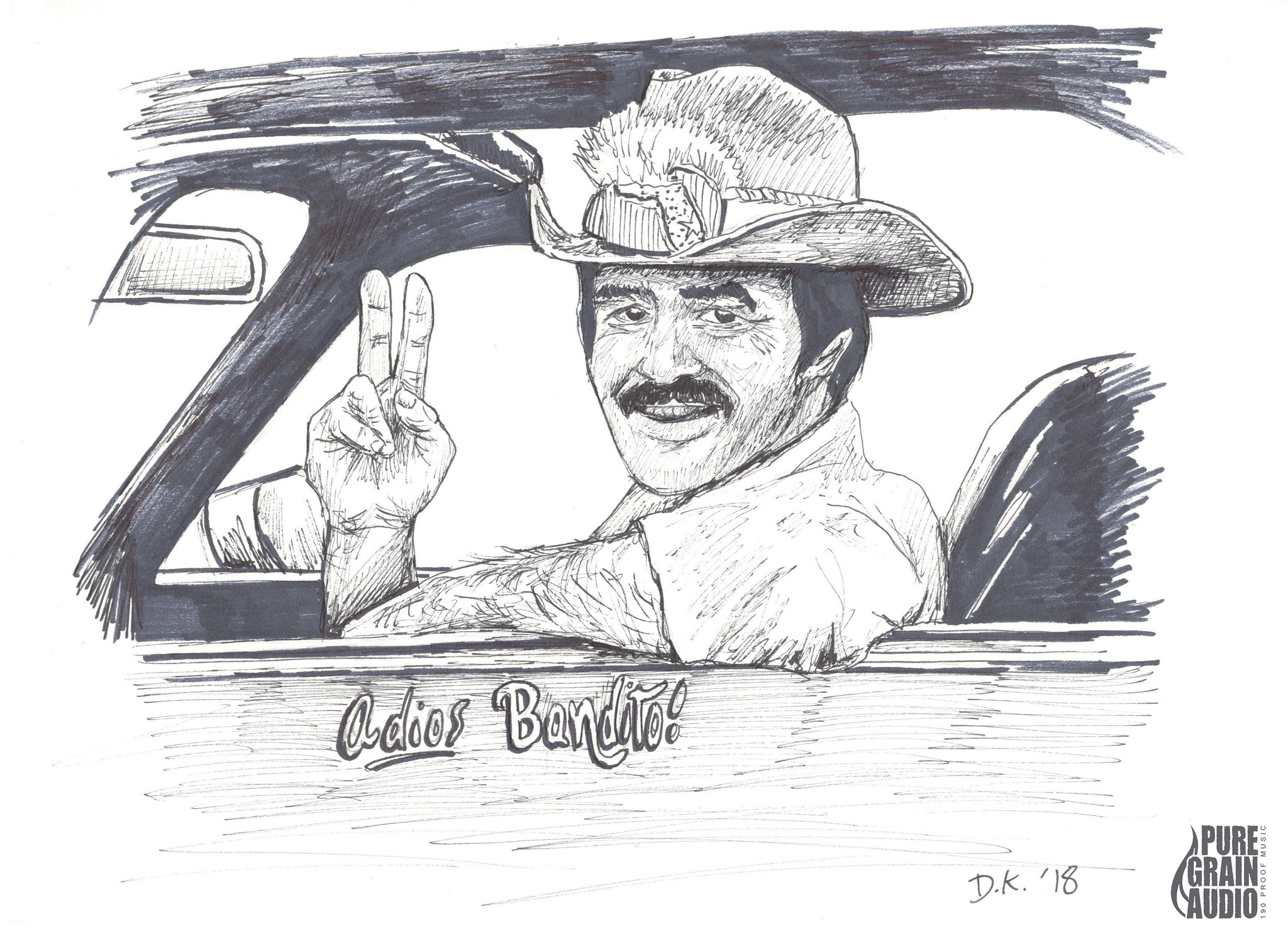 Burt Reynolds will be missed. I can envision him and Hal Needham in a high-speed “bandit run” up in the clouds, racing in that Pontiac Trans-Am past that purgatory/heaven state line. I’m gonna miss that “sumbitch”. – Damon Kardon

A video reflecting on some of Burt’s most iconic roles…