With their latest studio recording, Pleased To Eat You, set for a September 21st release via earMUSIC (pre-order your copy here), Nashville Pussy are up to their sleazy ears in promotional activity thereof. Well, thankfully for us all, the band which Mr. Lemmy Kilmister once called “America’s last great rock ‘n’ roll band” took some time out of their hectic schedules to compile what is arguably the most important TOP 10 list ever… their guide to North America’s best sex shops. Yep, you read that right. Oh, and what’s even better is that this article comes complete with humours personal anecdotes plus an exclusive premiere of the brand new “One Bad Mother” lyric video.

02. LOVERS (Beaverton, Oregon)
– A nice big “all things sex” store just outside of Portland. I used to buy condoms there. I hate condoms, but if you have to use them, get good ones. I went in and was greeted by a cute petite enthusiastic sales girl. She directed me towards the condom table, which was a big round wooden table with about a dozen replicas of different size penises sticking up from it and the coinciding condoms in a container below. I hadn’t bought condoms in years. So I asked the sales girl “which is your favorite?”. She didn’t realize I was talking about condoms and pointed to the biggest penis replica on the table and said “that one!” -Blaine Cartwright

This is it! The exclusive premiere of the group’s new lyric video for “One Bad Mother”.

04. HUSTLER STORE (Lexington, Kentucky)
– Larry Flynt is a Kentucky legend, but he started Hustler across the bridge in Cincinnati, Ohio. When he tried to open a Hustler store, Cincinnati wouldn’t let him put one there, so he opened one about 80 miles south in Lexington. It sits just outside of town between a Waffle House and a Cracker Barrel. We used to wander over and browse the toys after eating catfish and hush puppies. -Blaine Cartwright

The album Pleased To Eat You will drop on September 21st via earMUSIC. 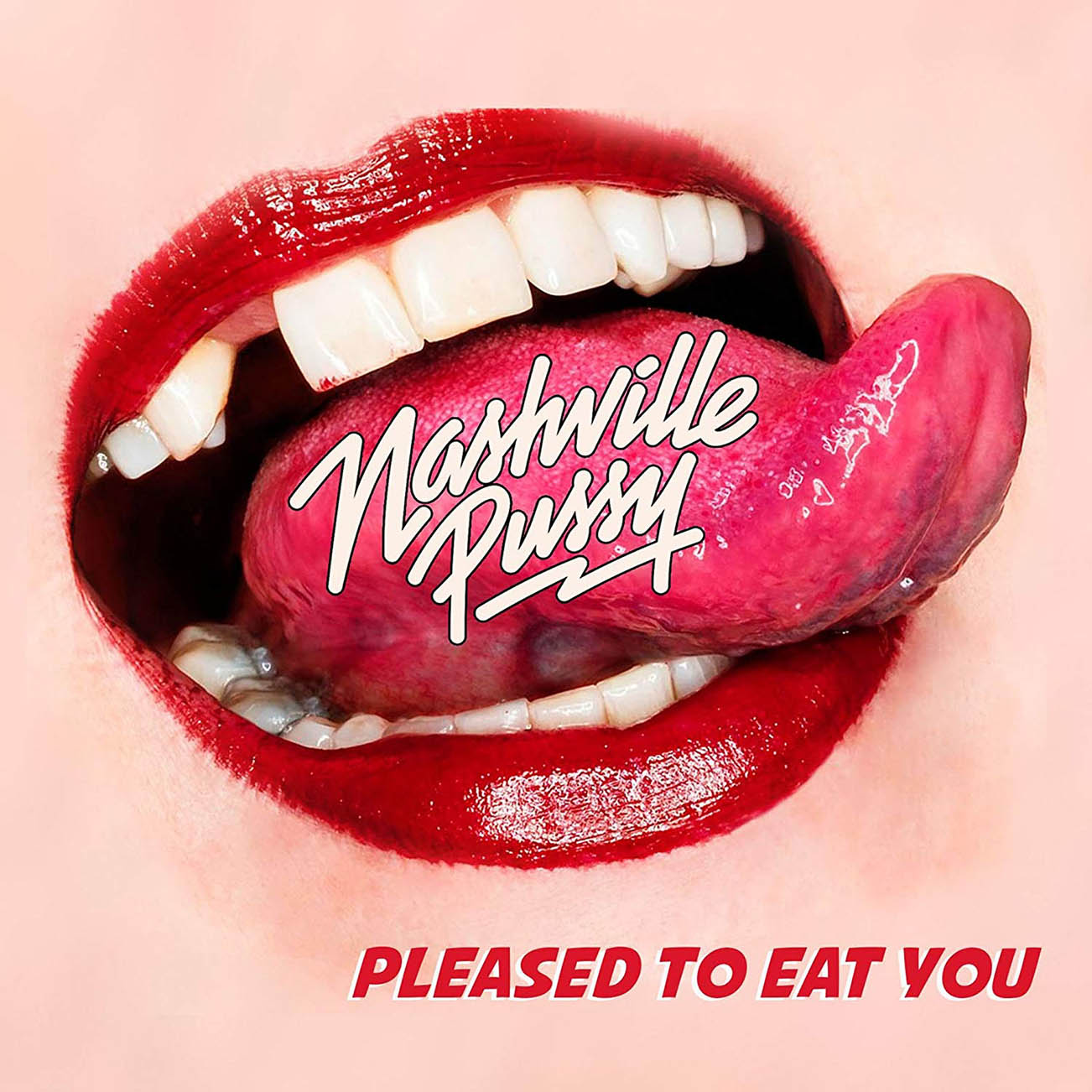 06. SHELL STATION (Rockport, Indiana)
– Me and the girl down the street decided it was time to have intercourse. We had been making out and petting all summer, but now it was time to grow up and go all the way. Besides, I was pretty sure she was going to break up with me once school started back, and there were more boys to choose from besides the one who she saw mowing the neighbor’s lawn. So, I was trying to score while there was still time on the clock. But the clock was ticking!

My father had been on my ass about using condoms since I was 10 years old. He had got my mother pregnant when she was 16 and basically would come home drunk and lecture me about not fucking my life up by getting any of these cute young hillbillies pregnant. I was too embarrassed to buy condoms at the drugstore. But I remembered a gas station that had them in the bathroom. So I rode 15 miles to Rockport and put 75 cents into a vending machine that someone had scrawled “this gum tastes like rubber” on it.

I bought several because I wanted to test them out to make sure they worked. How did I test them? I filled them full of water and banged them around the bathroom to see if they broke. Hey, it was 1980 and I was a 16 year old in Kentucky. I thought I was being responsible. -Blaine Cartwright

07. THE PLEASURE CHEST (Santa Monica Blvd, Hollywood)
– Tom Zutat is a music industry hotshot who “discovered” Motley Crue, Guns N’ Roses, AND Nashville Pussy. After signing Nashville Pussy, we became good friends and used to talk about rock music for hours. One night we were riding in a cab through LA and we rode past The Pleasure Chest which carried sex toys and sexy clothes. He pointed at it and stated “Everyone always wonders how I find all the bands I sign. I simply go into The Pleasure Chest and ask the employees bands they like. It works. But don’t tell anyone.” Whoops. -Blaine Cartwright

Nashville Pussy aren’t the only ones…. tons of people a screaming: “We Want A War”.

An oldie but a goodie. Stream this “‘Til The Meat Falls Off The Bone”.

10. ROMANCING THE BEAN (Anaheim, California)
– Just steps away from “The Happiest Place On Earth,” Disneyland, in an unassuming trailer park home, like one of those Tupperware parties, a private party with bunch of ladies getting tipsy on wine and champagne, and when you’re good and sauced, you get escorted to a boudoir individually and are shown all the pleasure-seeking delights by a professional sex toy salesperson, enticing you to place your order privately for the things that tickle your fancy.

Well, I’m a practical jokester of the highest level. I ordered a Pocket Pussy for my sound engineer friends, who were totally sexually & sleep deprived and basically trapped at Sound City working on Metallica’s new album Death Magnetic at the time. I sent the Pocket Pussy with a note that said: “You’re going to need this…” Unfortunately, a woman with no sense of humor happened to intercept the package. Well, while tracking this record, every single member of the crew was presented with the Pocket Pussy slapped down on the desk as they were summoned to the studio office for a “word.”

Actually, I think it was it was 5 words “WHAT THE FUCK IS THIS?” They all impressively kept their cool (god I can only imagine), until one day I confessed as being the guilty party, which led to the band’s closest crew literally falling over themselves telling me individually of their experience of interrogation that day. Still, one of my funniest memories that I cannot further elaborate on, other than I am disappointed that the Pocket Pussy didn’t survive as a pencil holder in the studio. Maybe Dave Grohl secretly owns it as a part of the studio’s legacy… -Bonnie Buitrago

11 (Bonus). INSURRECTION (Atlanta, Georgia)
– It was about 1am when I pulled into the parking lot. I was immediately directed to the back of the building by this skinny man in a tracksuit wearing sandals with socks. I should’ve known then that this was a mistake. The sex shop was upstairs and this was obviously the “secret” entrance. I open the door and there is a long hallway lit up by green neon lights. I start walking towards the stairs and immediately get stopped by what looks to be a drag queen.

I get asked, “Which room do I want?” I look around and see a room full of whips and leather straps. There is only one other room and it was pitch black. I ask “What’s in that one?” And get told “Honey, you won’t like what’s in there.” So I say “I’m just trying to buy some lube and condoms.” I get directed upstairs and make a run for it! I recommend you should always use the front entrance at any sex shop. You will thank me later… -Ben Thomas