It’s the tenth year of Tramlines a community festival based in Sheffield and, with a new home at Hillsborough Park, organisers celebrated with a bill featuring headliners Stereophonics, Noel Gallagher’s High Flying Birds and Craig David’s TS5.

Friday
Despite the tragic death of former director, Sarah Nulty, recently, punters, artists and organisers made sure she wasn’t forgotten. Sheffield rockers Milburn in particular encouraged everyone to “be more Nulty” one of many tributes referencing Nulty dotted throughout the site.

It was a suitably rowdy set from the local lads whose appearance on stage was greeted with a shower of Wagon Wheels and plenty of excitement amongst the packed crowd gathered in the main arena.

Elswhere the Mystery Jets headline the Leadmill Stage heading up a bill that had featured The Magic Gang and The Orielles amongst others.

It was up to Welsh rockers Stereophonics to bring the first day of Tramlines to a close and, predictably, they do it in style. The main arena is absolutely rammed now as Kelly Jones and co. take to the stage delivering a classy set of rockers including “Nice Day” and “Dakota” making sure that, despite the weather being a bit hit and miss, Tramlines 2018 kicked off its 10th anniversary celebration in style. 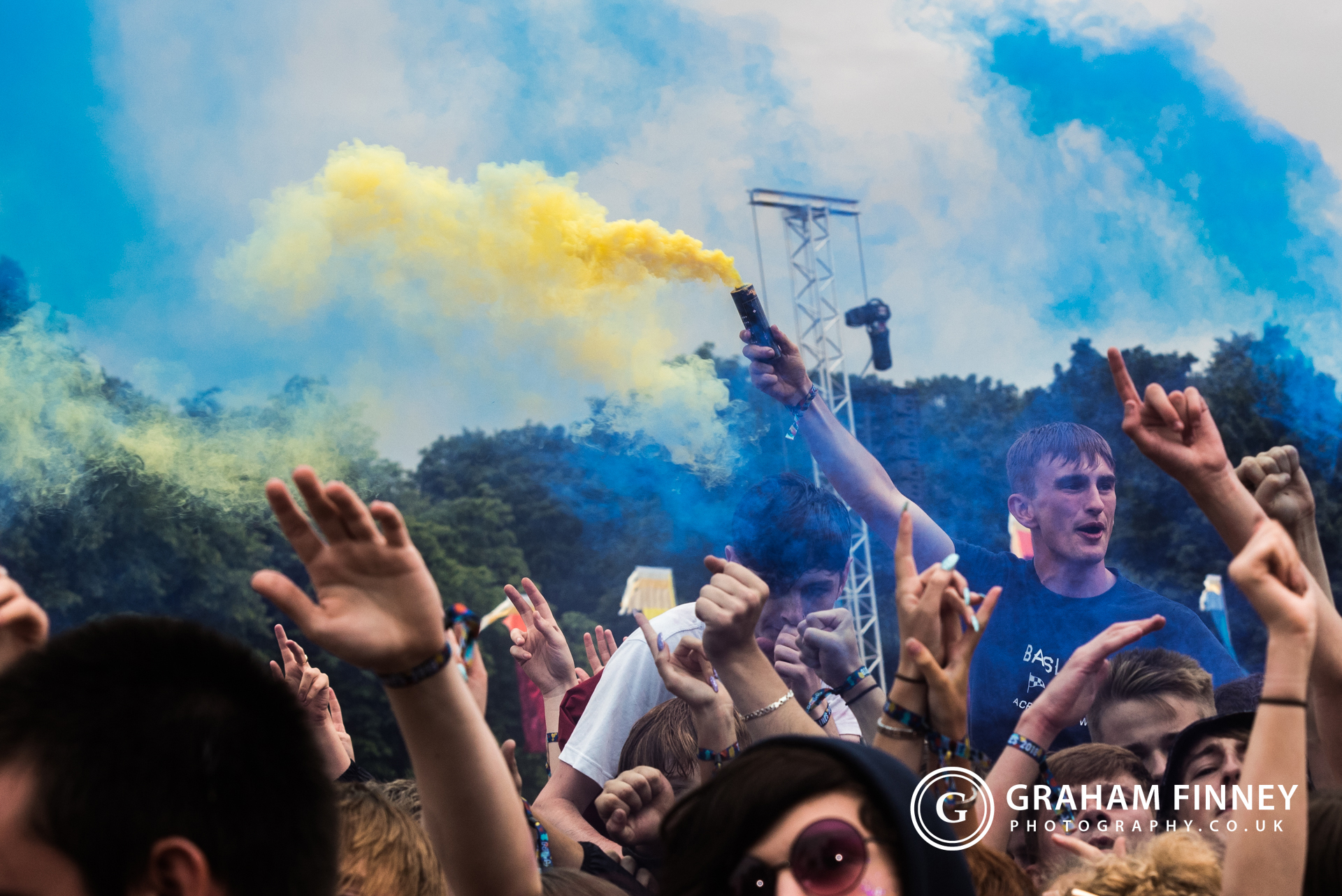 Saturday
The sun came out to shine for the second day as fans swarmed down on Hillsborough Park for headliner Noel Gallagher. The early part of the day though was centered around the comedy tent which saw a stack of rising stars of the comedy circuit including Barbara Nice, Daisy Earl and Tom Stade provide plenty of laughs as did headliner German Henning Wehn setting the mood nicely for the rest of the afternoon and evening.

Following the comedy, the Leadmill Stage saw Wulfman Fury, Stereo Honey and Neon Waltz open up the musical part of the day while Coasts from Bristol brought their brand of indie pop to the main stage as Brighton outfit Fickle Friends added a splash of colour to proceedings on T’Other Stage. Following Fickle Friends, the girls took over as rising R n’ B star Mabel showed exactly why she’s more than just the daughter of Neneh Cherry by delivering a classy performance while current fave of the R n’ B scene Steflon Don brought a bit of swagger and sass to the day.

As we headed into the evening, the sun was still beating down as the main arena filled to capacity for the return of former Oasis frontman Noel Gallagher. Local chaps Reverend And The Makers kicked things up a gear and, with the beer flowing and the sun shining, there couldn’t have been a better start to the evening than the Sheffield lads. The quality music continued though with another assured set from Stockpot boys Blossoms. Having gone from relative obscurity to the higher end of festival bills, these lads have grown into one of the major forces in the UK indie scene and really are living up to the hype that followed them in the early days.

You really couldn’t have asked for a better headliner on the Saturday night than Mancunian Noel Gallagher who, as he showed during his recent appearance at Scarborough Open Air, has all the banter and a great set of songs to pull a set together from. While airing plenty of his own material like the superb “She Taught Me How To Fly” predictably it’s the Oasis numbers like “Half The World Away” and “Wonderwall” which went down a storm in Yorkshire as thousands of fans made the most of the glorious weather and music to turn day two of Tramlines 2018 into a massive success. 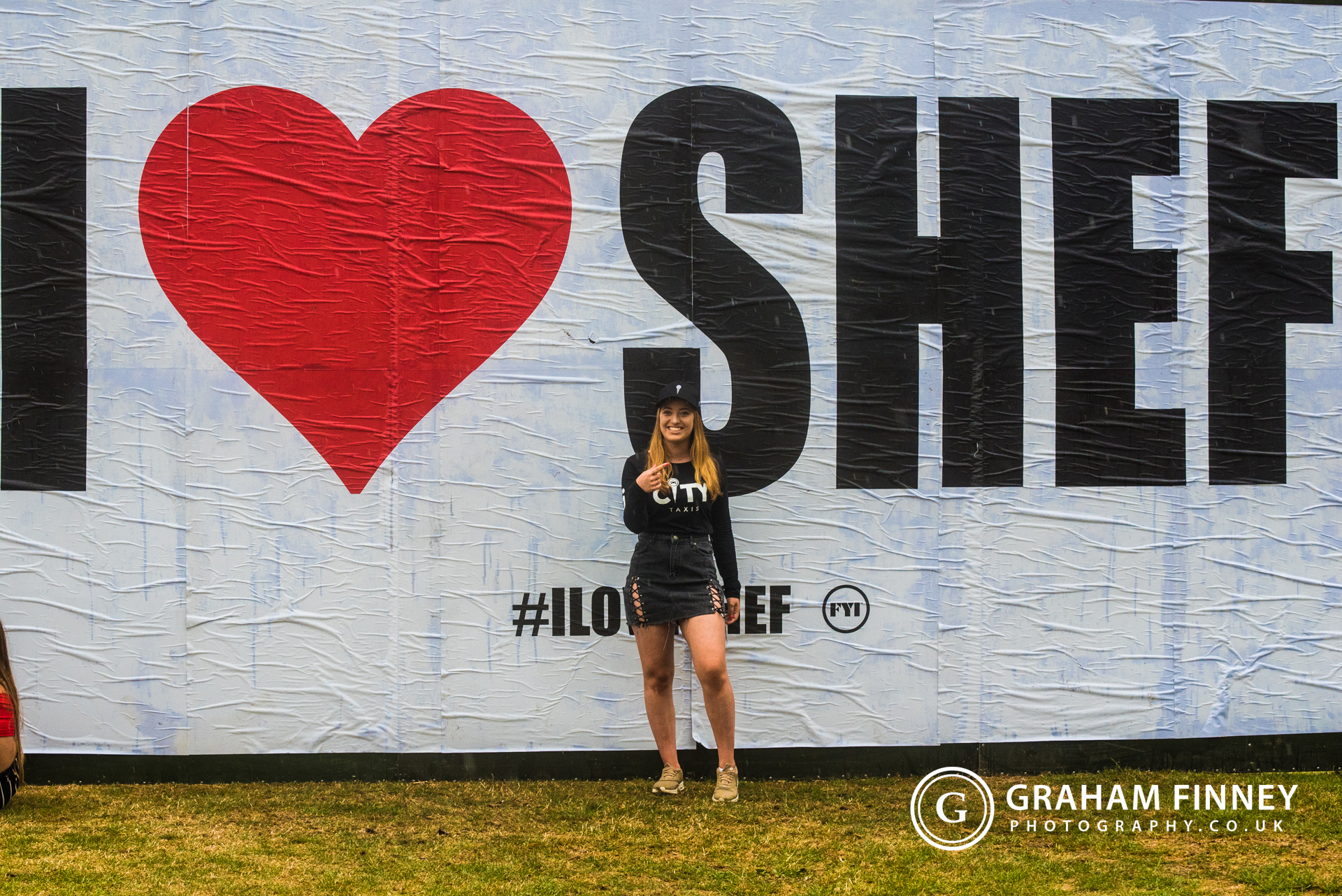 Sunday was best summed up by US hip-hop group De La Soul who roared “the UK is having the best f**kin’ Summer ever!” during the group’s set later that day. They aren’t wrong either and go as far as encouraging photographers and security to stop working join in the fun. Yes, it is Sunday night but the US crew turn Tramlines 2018 into one massive party.

Wind the clock back about ten hours and it’s positively baking at Hillsborough Arena as fans return for the final day. Sadly though we missed opening act Mr.Motivator who, by all accounts, certainly woke up the early starters.

Our first trip of the day to the T’Other Stage saw us enjoying the company of Scottish singer songwriter Nina Nesbitt who put on a brilliant set mixing up tracks from her Peroxide debut with newer numbers from her upcoming second album.

Taking ourselves out of the sun for a bit we joined a packed Leadmill stage for some Sunday afternoon comedy courtesy of the wonderfully life-weary Tom Wrigglesworth, the very much adults-only Beth Black and the quirky musical comedy of local hero John Shuttleworth, all three offering something different and showing UK comedy to be in a very healthy place.

Our next trip out to the main stage saw a sun-kissed crowd bouncing along to some brilliant alt-rock from Barnsley boys The Sherlocks. Such was the novelty of being in the sun at a UK festival, we sadly missed Little Comets however, nothing was going to keep us away from the T’Other Stage for the utterly brilliant Manchester electro-pop outfit Pale Waves. A few weeks short of releasing their debut album and fronted by the hypnotic Heather, it’s clear even before their debut album has dropped, that this is a band who are on the cusp of great things.

Sadly the eclectic Tokio Myers had to pull out of his scheduled appearance so after a much-needed water break along with the chance to top up on the suncream, it was back over to T’Other Stage for the return of York indie rockers Shed Seven who put on a classic filled set for a packed audience. “We’re going to play a load of songs from the ’90s..” announced frontman Rick Witter before laughing “we hope you remember the ’90s because we don’t.”

A delay in Sunday headliner Craig David taking to the stage meant we missed singer-songwriter Jake Bugg however, a stroll back to the Media area afterwards found us lucky enough to catch Leadmill Stage headliner Tom Grennan who, having just put out his debut album Lighting Matches, is one of the names that you’ll be hearing plenty more of in 2018 and beyond and a great way to sign off Tramlines 2018. 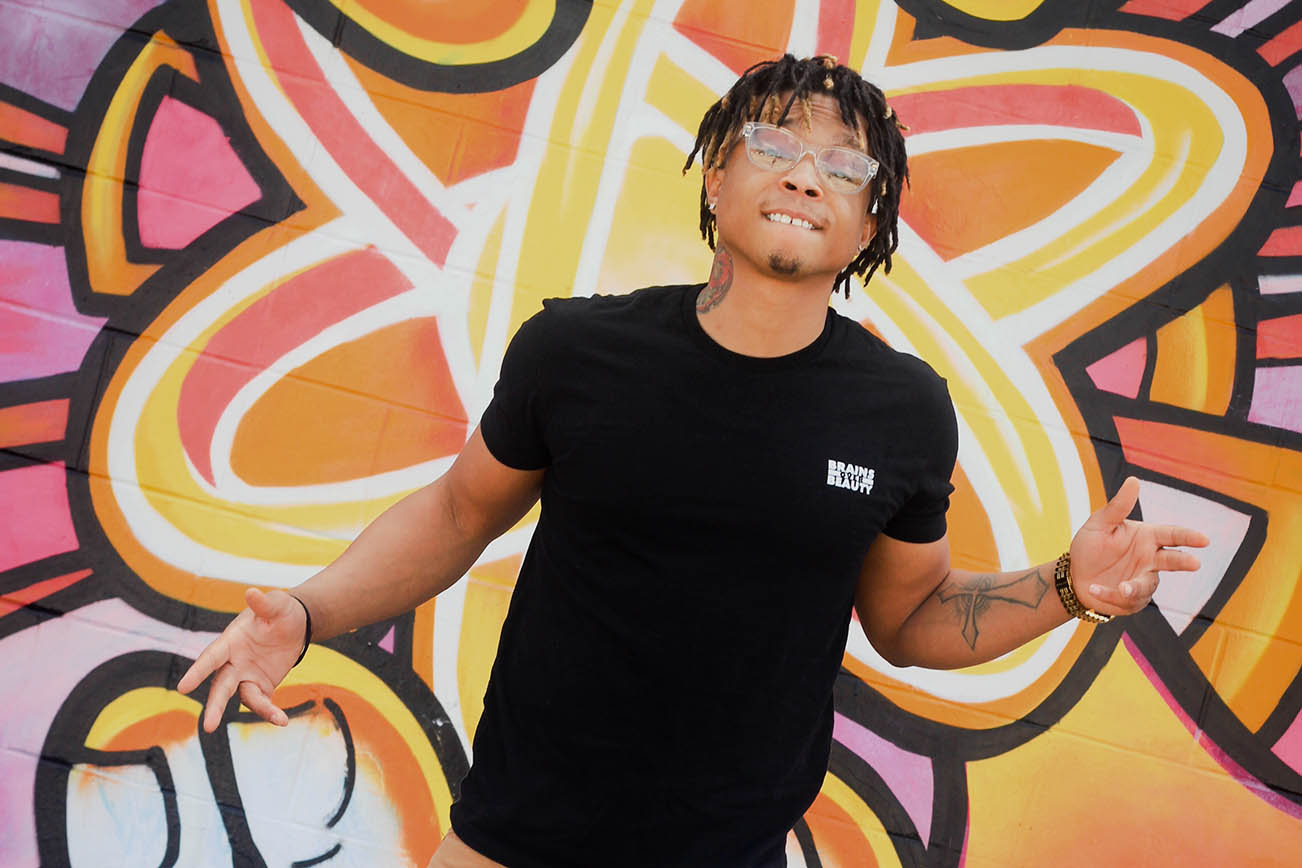