Burlington’s annual Sound of Music Festival has come to a close. How was it? Well, simply put, it was a whole heaping pile of music, activities and all-around fun. That said, since there was a lot (way too much to take it all in, let alone document) going on over the event’s nine days, we’re going to distill it all down through some of the highlights of what the week had in store for its attendees.

01. A LOT of Shows
– While attention was fixated on the weekend festivities, there were shows going on all around Burlington for nine full days. At venues, bars, or even on the downtown streets, there was a show happening practically everywhere you went, big and small. For anyone that doesn’t like travelling too far for a gig, it was a dream come true.

02. Dancing in the Street
– Nobody is too cool for a good time. A lot of the street performers were cover bands playing classic tunes, encouraging fans to bust out their dancing shoes. Couples, kids, people casually walking by… Literally everyone was into it.

Check out our photos of various bands performing on Friday, Saturday and Sunday.

03. Fabulous Food Trucks
– This is a LONG festival, especially if you’re a real trooper and attend as many days as you can. What better way to re-energize than to hit up the various food trucks available? Desert, wings, Vegan, burger, poutine… They had anything you could’ve wanted on top of the regular restaurants that lined the streets right outside the event grounds.

04. A Great Location
– Every year, SOM is held at Spencer Smith Park, located lakeside in downtown Burlington. Getting around from one thing to another, you have a beautiful view that you won’t get at other music events. You best believe we all walked around and took at least 20 lakefront selfies.

05. It’s FREE (mostly)
– Outside of the front row VIP area, and initial kick-off weekend that is treated as a normal concert, this event is entirely free. Free shows are a dream, and there are almost no excuses to miss out. On top of that, you’ll feel more inclined to check out more new stuff since you won’t have to risk spending money on someone you don’t like, leading to my next point…

06. Awesome on-the-rise Acts
– This is a Canadian music festival. Of course, they’re not going to have every big name in the music industry, but SOM does a good job at showcasing new, local talent. Standout performances included Lindsay, ON indie band, The Kents, who were a great way to start off another day at the festival, gracing our ears with their catchy tunes. Vancouver rapper, Sonreal, who has made a name for himself in recent years, drew an impressive crowd of fans ready to sing every word. He brought an interactive energy that set him apart from the other artists. Lastly, Wooly Mantis, who blew the minds of everybody watching, had some of the strongest musicianship we’ve seen in a band in a while.

07. A Damn Good Time!
– Whether it’s stage locations, food and drink prices, paying extra to be front row, or the sheer volume of people offering some sort of sample, there are going to be very few things that may hinder your good times. That said, these are at worst minor issues (and very much subjective), and go a long way to keep the festival FREE!!! No matter what, though, you are bound to have a good time at Sound of Music. 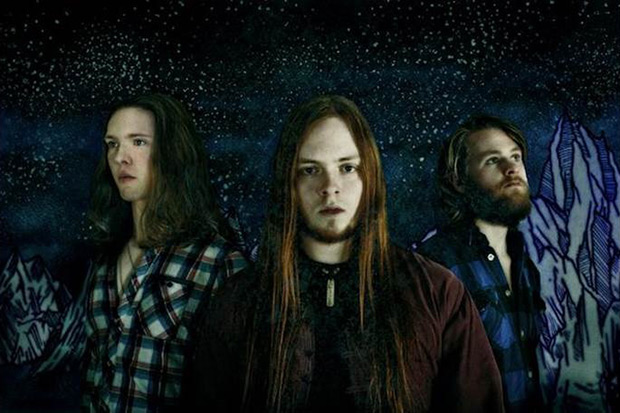