How many bands come to mind who would call “painful electrocution” a non-issue when describing their favorite show of a tour? Well, Telepathy can be added to that short list, though that’s not the reason they’ve hit a popularity spike lately. It’s their tenacious determination, relentless tour schedule and – perhaps most importantly – incredible songs. Their style is unpigeonholeable, a blend of progressive sludge and post-metal with a sprinkling of other influences, culminating in last year’s Tempest, which received praise across the board. Guitarist Rich Powley took some time to unpack this record and how it ties in with their mission statement.

Rich laughs off the comment about electrocution – taken from bassist Teddy-James Driscoll’s tour diary posted on Heavy Blog Is Heavy – saying he didn’t actually realize they were being shocked until about half-way through the show, “when Teddy tried to address the crowd with the microphone. From what I remember, he just just tapped me and whispered in my ear about it, we shared a quick chuckle and then got right back to it.” The band are unfazed by such problems – “Technical issues can take you out of ‘the zone’ a little but either way everyone paid to see a great show, and deserve to see us putting the same effort in regardless.”

Despite these minor (!) setbacks, Telepathy are nothing if not road dogs – in support of Tempest, they’ve already completed three extensive tours throughout Europe (including a much-lauded set at Roadburn), and they’re headed out for more by supporting Rosetta and The Ocean, and co-headlining with Dopelord, and playing Desert Fest, ArcTanGent and dunk! Festival. The band are veterans of the quick stage set-up – as Rich succinctly puts it: “keep it short and sweet and really just Ramones through the show – for lack of a better term! We’re incredibly fortunate to be at a level where we are getting booked for such festivals, and we just try to soak everything in and give a stellar performance to those who come and see us, same as any other night.”

This video will have you seeing an “Echo of Souls“ before it ends.

All of this touring has had quite the impact on their songwriting – first album 12 Areas, while a fantastic record in its own right, was chock full of layered guitars and incredibly busy songwriting. When it came to recording Tempest, there was a conscious effort to dial things back a bit: “For most of the album we generally only used two or three guitar tracks but focused on getting huge tones for those tracks.”

An integral part of this was working with Jaime Gomez Arellano, a producer with accolades ranging from Altar of Plagues’ Teethed Glory and Injury, through Ghost’s Opus Eponymous, to recent Paradise Lost releases – all of which sound phenomenal. One key lesson that Jaime imparted to them is about “getting the sound right at the source. It may seem obvious but some engineers are happy to ‘fix it in the mix’, and Jaime is not one of those guys. It taught us a lot about how to prepare for a recording and capturing a great sound before even hitting record.”

This is all before we actually got into the meat of the record. The overall impression of Tempest versus 12 Areas is that the former is more tightly written, dynamic and intangibly heavier – but it’s tough to put a finger on why on this last point. One could reference the start of “Apparition” as an instance of flirting with black metal, for instance, but simply including extreme influences doesn’t do justice to the atmosphere. Rich weighs in: “To me, heavy is just a feeling you get from music. It’s an emotional weight matched with a certain sonic palette that just makes you ‘feel it’.” Heavy songs are not simply confined to metal – Rich rightly points to Leonard Cohen and old blues songs as examples – and Tempest continues more in that vein than akin to, say, Meshuggah – “Of course no one’s denying things like Meshuggah are heavy,” he says with a laugh, “but for us we see things a little differently to that.” 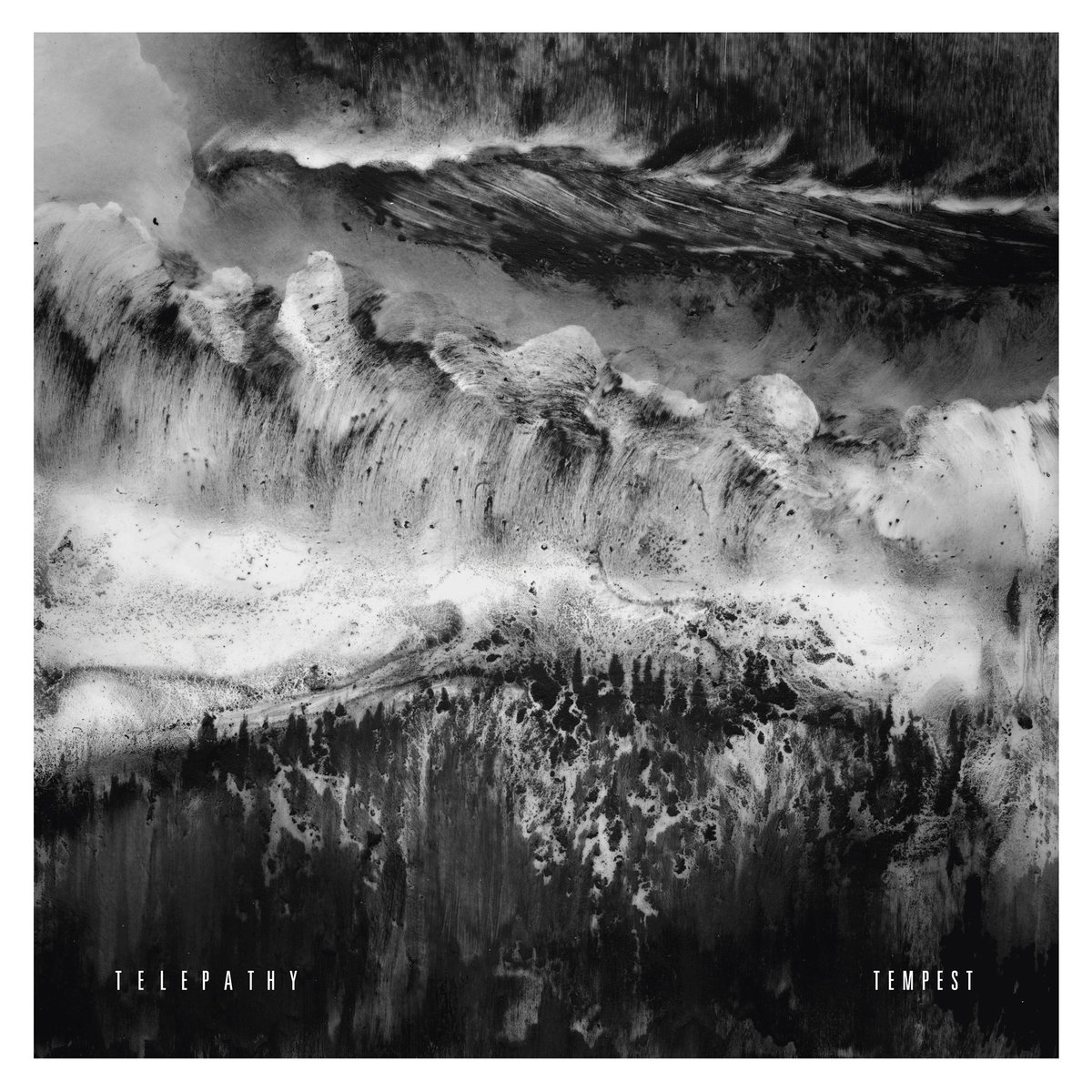 Until this record, Telepathy were an instrumental band – for them, vocals are considered as another instrument or a texture to add layers to their sound, and it wasn’t something they felt was necessary. However, tying in with the record’s main threads of coming to terms with grief and environmental destruction, Teddy delivers a hoarse and impassioned scream on “Echo of Souls”, the lyrics of which are below.

“We used the lyrics on ‘Echo of Souls’ to encapsulate the theme of the record as it was the central track to the album in terms of running time.” It has a potent effect, and is something they are considering for future output – neither Rich nor Teddy are strangers to doing vocals in previous bands – though they’re quick to point out that “as we’re only in the infancy of writing new material, it’s hard to say about any lyrical perspective.” It also changes the possibilities in terms of cover songs – something which, as far as we can tell, is an unexplored realm for Telepathy on record or onstage. So which song would they consider? “Oh that’s a tough one! Fantômas already took all the best covers on Director’s Cut! Maybe some kind of soundtrack or something by The Cure. You’ll have to wait and see!” Considering the heaviness described above, something tells us Telepathy won’t be doing “Friday I’m In Love”.

As alluded to earlier, environmental destruction is a theme that runs through Tempest, both in the album cover and the aesthetic of the videos. Many bands – from Cattle Decapitation to Gojira – have used this as a platform for inciting social or political change, or at least building up the rage to do so. However, while Telepathy are no doubt politically-charged individuals, “we just have no interest in being political with this band as it limits you to a place in time.” An intriguing comment from Rich, although one not without merit when considering the history of reactionary political music against the governments and systems they despise.

It doesn’t take telepathy to figure out how good these guys are – check out their video for “Celebration of Decay” below.

Sidestepping political confrontation is not meant as a cop-out, though: “Don’t get me wrong, by thinking that we feel this a better way to do things, because we love bands like His Hero Is Gone, Disfear and Propagandhi as much as the next guy and have a lot of time for political music, it’s just not what this band is about for us.” The intention instead is to reflect emotions and the human condition – to this end, the recording used on “Celebration of Decay” taken from the moon landing makes sense in the narrative: “the protagonist of the story [is] surveying the world they had lost, albeit in an abstract way.” It’s a compelling narrative embodied in both the music and the brief lyrics, and makes for one of the most engaging records of last year.

So ultimately, what do Telepathy hope that people will take away from Tempest? “Hopefully it can connect with them the way that it does for us. We hope people can lose themselves in it for a while and have a good time listening to 4 guys doing what they love.” Not ones to rest on their laurels, new material is already beginning to flow, and Rich teases the direction: “I think if you can see the development between 12 Areas and Tempest, what we added and subtracted from the material, it might give you a clue in that we will continue pushing things in that direction. However, we certainly aren’t interested in repeating ourselves so there will be definitely be new elements working their way in.”

The interview finishes up as it started – with Rich’s strong desire to get back on the road. Having experienced them live several times, I cannot recommend getting to a show of theirs strongly enough, whether in a festival format, on a bigger stage or in a literally electrifying DIY show.