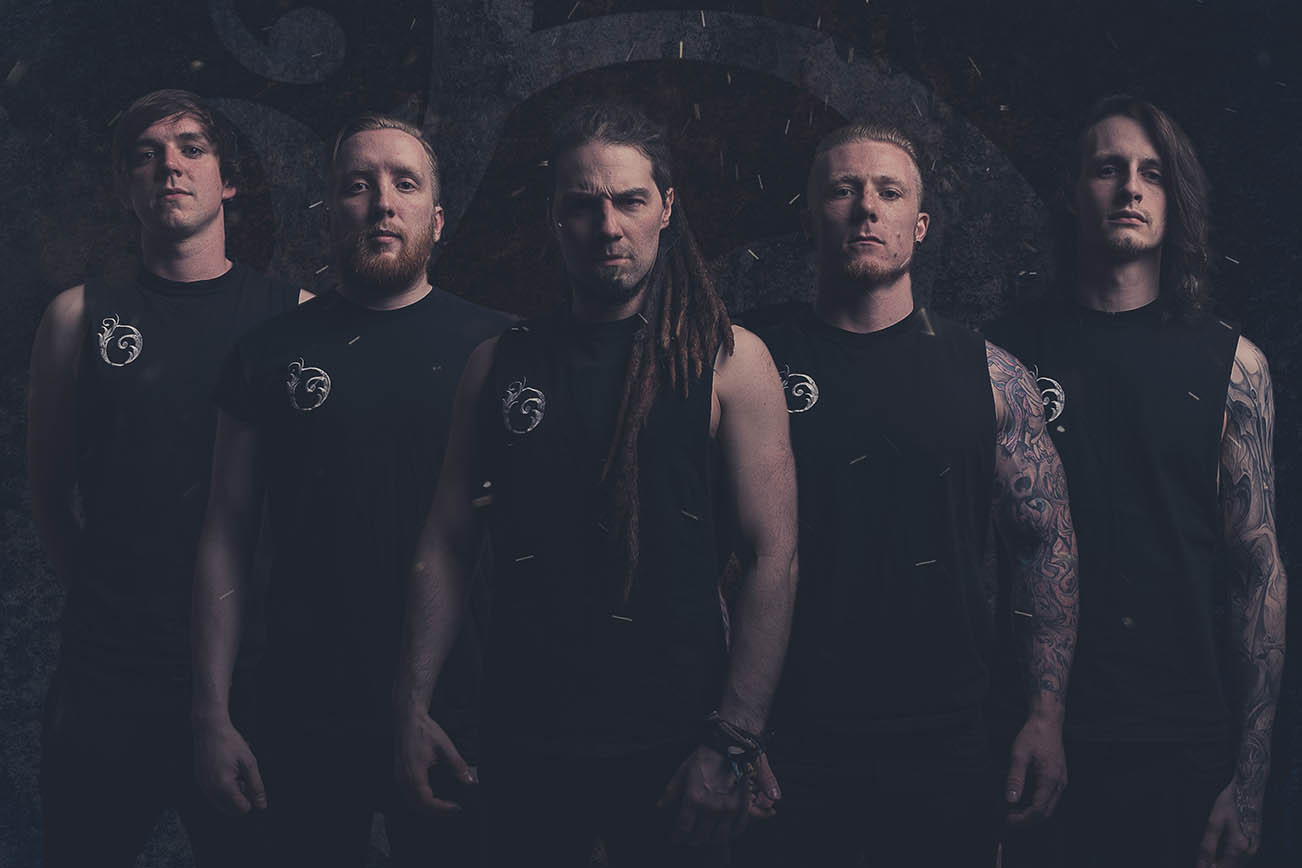 Putting the often (and wrongly) maligned North-East of England firmly back on the map with a sound that melds crushing brutality with startling technical intricacy, old-school deathcore mob Osiah became a force to be reckoned with following the release of 2016’s Terror Firma. Recently, in Nottingham, we witnessed the five-piece lay waste to Rescue Rooms in support of The Faceless, so a chinwag with Sunderland’s finest was in order.

Warning: we do feel a moral obligation, at this stage, to advise all readers that the second half of this interview is not suitable for life, let alone work. Do not let your boss read this.

First things first, guys – huge congrats on securing that coveted slot to support The Faceless on a national level throughout the UK. No doubt there’s a fair few bands out there seething with envy. How did that come to be?
Osiah: EJ (N.B: Shannon – tour manager extraordinaire) is the guy who arranged it all, and I guess he was just doing his job. Sorry, guys!

Were there any particular highlights or stand-out moments on the tour?
Osiah: To be honest, the highlight of the whole tour was getting to hang out with our manager EJ and The Faceless. They are a really hilarious and nice bunch of dudes. And getting to play full shows in great venues, obviously!

You’ve put the North-East on the proverbial map with your brand of old-school technical deathcore. Can you tell us about the origins of the band? How did you guys get started?
Osiah: We initially started as a band, then it was a studio project that was just Ricky (Roper – vocalist), but he later then reformed with a full line-up.

In terms of your musical influences – who are they? And was there one band or album that made you want to do this as a job?
Osiah: We all have a lot of different influences, but not in the conventional way of “we want to sound like this band.” We all listen to an array of different genres but use to listen to a lot of old-school deathcore, like Suicide Silence, Whitechapel, etc., but don’t specifically try to replicate their sound in any way. When it comes to writing, we just try to get across our vision of what is “heavy.”

Got a clogged drain? One play of “The Harvesting” video should clear that shit right up!

The Osiah core sound is a gloriously brutal assault on the senses. We’re talking nightmarish soundscapes, vicious blastbeats, precise instrumentation. It’d make even the biggest hitters of the genre weak at the knees. Where does that unbridled aggression come from?
Osiah: As we mentioned previously, I just think it’s a combination of what we personally think is “heavy,” trying to sound unique and stand out from the rest of the scene.

What’s the songwriting process like for you guys – is it more of a collaborative effort where you’re all jamming together or do you already have ideas in mind before you hit the studio?
Andy: (Mallaby – bassist) The process is weird. Myself and Keepin (Chris – guitarist) prefer to write alone. But, we all also collaborate by sharing projects of songs with one and another. Then when we get to a stage we think a song is complete, we go over it and iron out any creases.

You’ve released the Reborn Through Hate EP and 2016’s Terror Firma to date. The latter of which is an absolute monster and pretty much redefined the genre at the time. Can you tell us about the transition between the two? Was there a noticeable step up?
Osiah: Yes, there was. We noticed at shows people seemed to enjoy the slower, more simple parts of songs from the EP, so we focused a lot on making the album sound as punishing as possible and not “hey look how fast I can play this riff.”

You had Gaz (King – From Sorrow to Serenity) feature on the track “Dethronement of Gods”. If you could collaborate with any other bands / artists who would they be and why?
Osiah: The undeniable Phil Bozeman of Whitechapel, we still have mad respect for the MySpace-era bands that are still killing it and Philly B. is the alpha.

Are you currently working on any new material? And when it does come to the new album, is it going to be written in the same vein musically or are you planning on going in a different direction?
Osiah: It’s a mixture of previous stuff and a newer direction. We haven’t moved completely away from our original sound. Having new members always brings new sounds. 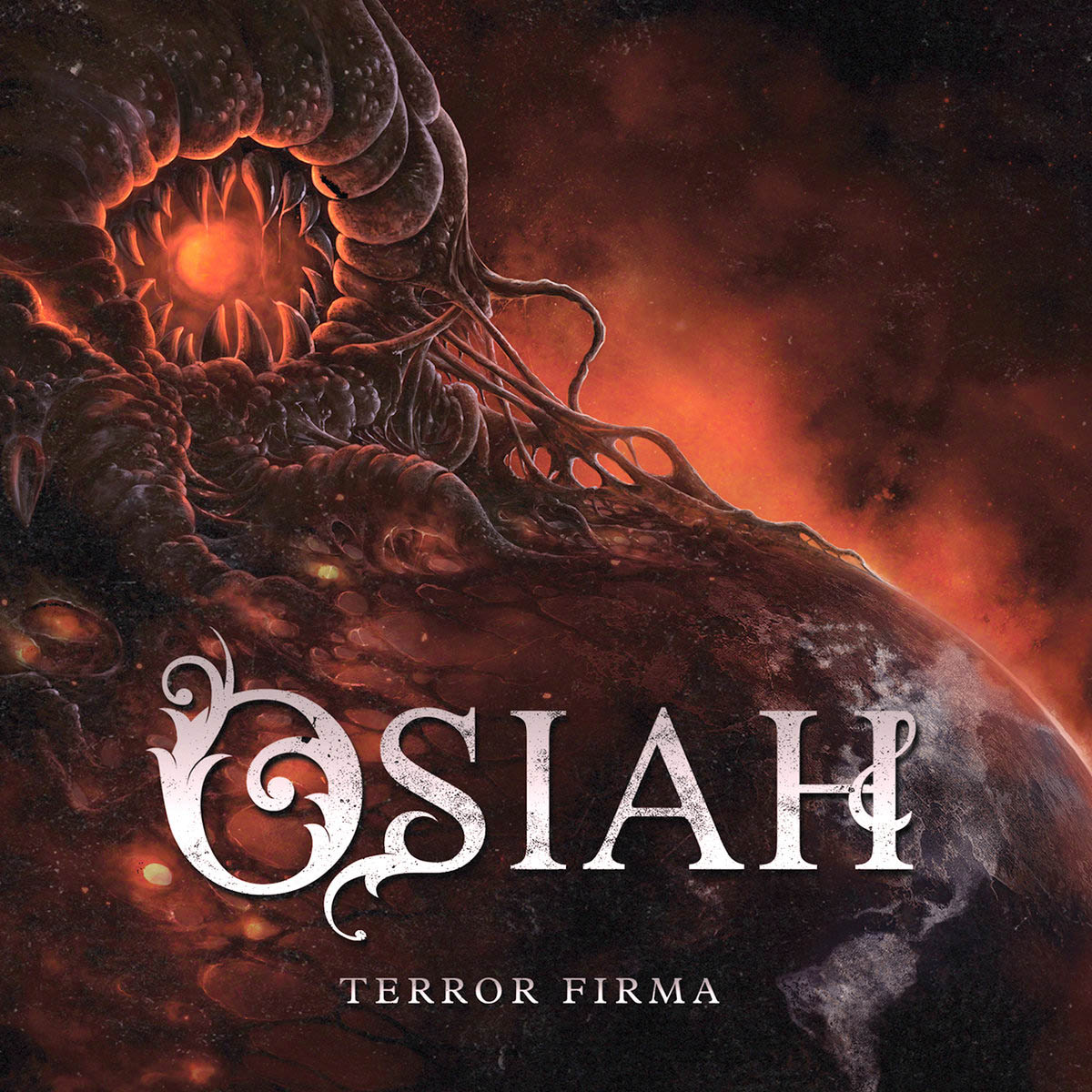 As a genre, deathcore has the tendency to rile up certain factions – you see it a lot online on social media – particularly with the religious zealots who just can’t seem to grasp the concept of artistic expression. Have you guys experienced any of this?
Osiah: We’ve literally had everything from “not heavy enough” to religious nuts emailing us about our old logo using an inverted cross.

What are your thoughts on the current scene in the UK right now? And where do you see it going?
Osiah: Deathcore as a scene in the UK is weird. It’s a bit like a moody teenager. Sometimes it’s great, sometimes it’s bad. But, it always seems to come back around regardless how bad people think it is. I wouldn’t say it’s dying, but, I wouldn’t say it’s thriving. I hope that the new era of deathcore coming out (Thy Art Is Murder, Slaughter to Prevail, etc.) will inspire more people to get into deathcore.

Live-wise, you’ve hit up everything from UK Tech Metal Fest to shows supporting Frontierer and Distant across Europe. Can you share your best and / or worst experiences to date with us?
Osiah: We were on tour one time and were supposed to play a venue in Wales called The Neath and it was an awful place. Two plugs, to power everything, 4 channel mixer, the sound guy didn’t know what a DI box was, and the toilets were just filled with empty cans and plastic pint glasses. Lovely place.

Let’s talk ambitions – where are you lot hoping to be as a band in five years time?
Osiah: Honestly, our main goal is to make Osiah a full-time job we can live off. We’ve put the hours in, but we just need the right exposure to get our music out to as much potential clientele as possible, this is all we dedicate our lives to. So, we’re hoping it’s going to happen a lot quicker than 5 years because we’ve bills to pay!

Here at PureGrainAudio, we like to mix it up interview-wise – and we know you lot have a sense of humour. So, Osiah – welcome to the inaugural edition of a little segment we’re calling No Morals with Sophie. A series of quickfire questions containing more filth than the blastbeasts permeating the blackened core of the band’s sound. If you all had to fuck, marry or kill one other band member, who would it be and why?
All of Osiah: (except Rownan) Rownan (Tennet – guitarist) would genuinely smash anyone of us after being on the road for 2 weeks. We’ve gathered that he has a preference for Keepin because his hair makes him look like a lass from behind.

Want to know what a ”Humanimal” is? We thought so! Watch this video to find out.

Have any of you got so horrendously wasted on a night out that you’ve puked during a video shoot or gig the next day?
Osiah: Nah, but we’ve definitely been close to shitting ourselves.

Craziest tour tales? And yes, we’d like the most outrageous one please!
Osiah: We hired a stripper dressed as a police officer for Shunt’s (Steven Hunt – guitarist for A Trust Unclean) birthday, we taped him to a chair and then the stripper came banging on the door. Steven thought it was the police coming about a noise complaint and responded with “oh fuck, it’s the police”, then the stripper slams his boom box on the table and shouts “Are there any birthday boys here?” then The Cheeky Girls started blasting. That ended by the stripper starting to put moisturiser on his cock and flick it at Steven’s bright red face.

Andy: (Mallaby – bassist) The first night of our ‘Bucky Tour’, myself and Keepin (Chris – guitarist) got absolutely shitfaced and we accidentally broke into the abandoned flats next door to where we were staying! It’s all a bit of a haze, but I remember being in a lift in the pitch-black thinking “’this isn’t right.” We got out and the walls had holes in, wires were hanging from ceilings, and the doors bolted shut. It just looked like some sort of horror scene. Then when we legged it and got outside we realised it was the building next door we were supposed to be in… shieeet.

What’s the shadiest thing any of you have ever done to get the band and /or yourselves ahead of the game professionally?
Osiah: Keepin shagged our lawyer and now she’s his girlfriend!

(Side note: PGA are awarding a full 10/10 on the shade-o-meter for this answer)

What’s the grossest and best thing you’ve ever had in your mouth? – and that’s for all of you to answer!
All of Osiah: (including Rab): Rab’s da!

Is it a “Lads On Tour” affair when Osiah hits up other cities for gigs?
Osiah: If you mean drinking tea, giving each other back massages, then yes, it is.

Years ago, I once told a venue employee that I was the band in attendance’s personal stylist. Most outrageous lie you’ve ever told?
Osiah: We don’t lie, but we wouldn’t need to worry because Rownan would just crush anyone we told any to.

Have any of you ever used the infamous line “I’m in a band” in order to get some trouser action?
Osiah: No, we haven’t, but we’ve heard Monuments have an answer to that question…