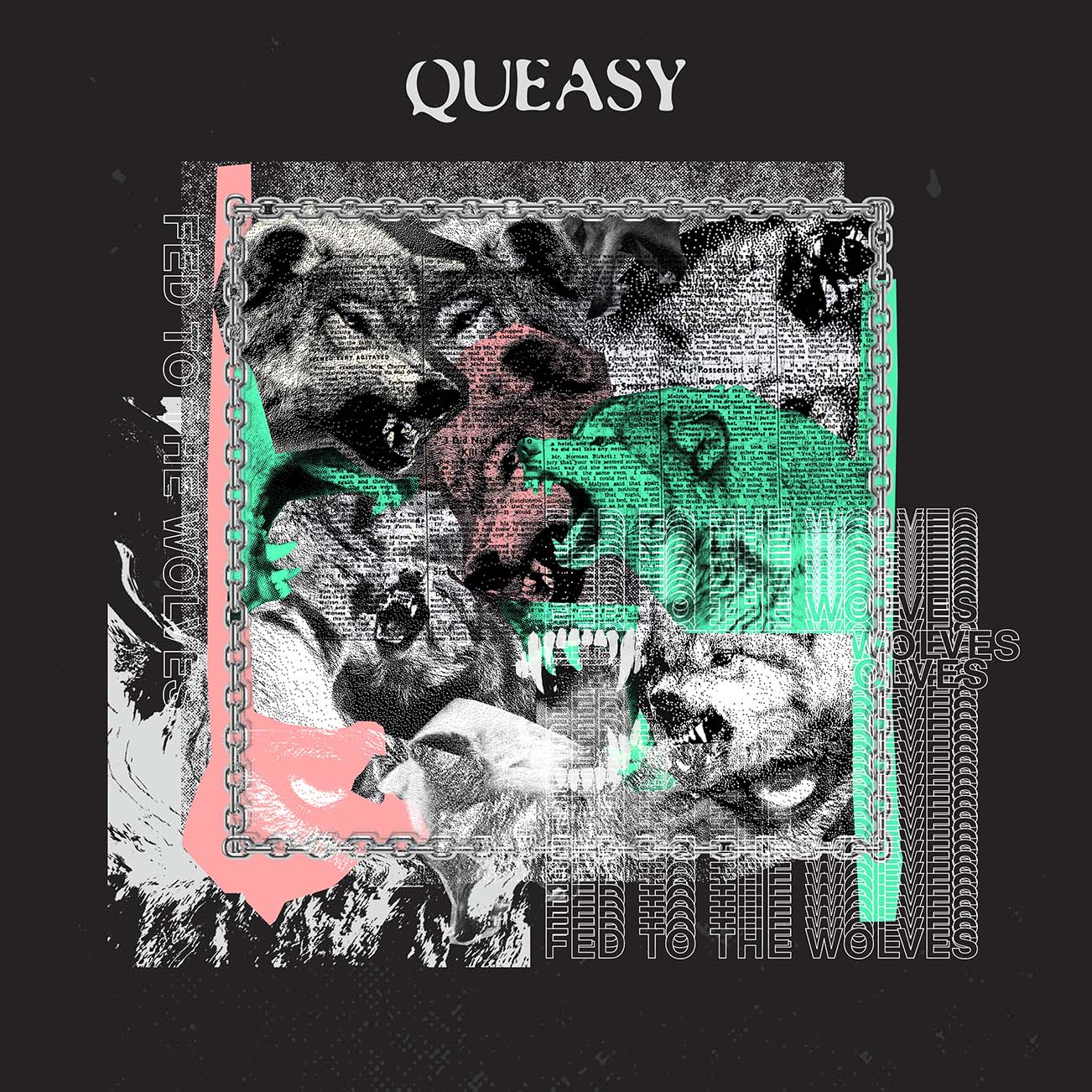 There’s an obsession with bounce and groove that boils right down to the DNA of Queasy, one that is straightforward given guitarist Solly’s obsession with John Frusciante. Coupled with a snarling attitude, the band is quickly becoming recognised for their presence in the Manchester scene. Given their release of the video for “Build A Wall” and a string of successful shows up and down the midlands of the UK, it makes sense.

Of course, it also helps that the group tap into an alternative scene that adores Rage Against The Machine, Radiohead, and the Red Hot Chili Peppers. What this has spawned is a legion of bands that are playing with the formula with varying levels of success.

It is apparent that Queasy have found their sound and are capitalising off their strengths. Their latest single, “Fed To The Wolves”, pushes the guys in that same direction. The aforementioned influences play front and centre on the single, demonstrating bristling heaviness around the edges of every lick and beat. Here’s hoping the band continues to develop and grow on their path to the UK scene.